SEEING a Japanese heavyweight boxer is as rare a sight as catching Prime Minister Boris Johnson waving with a comb in his hand.

I’ve never had the pleasure of discovering one in more than 50 years — even when I’ve been covering fights in Tokyo. 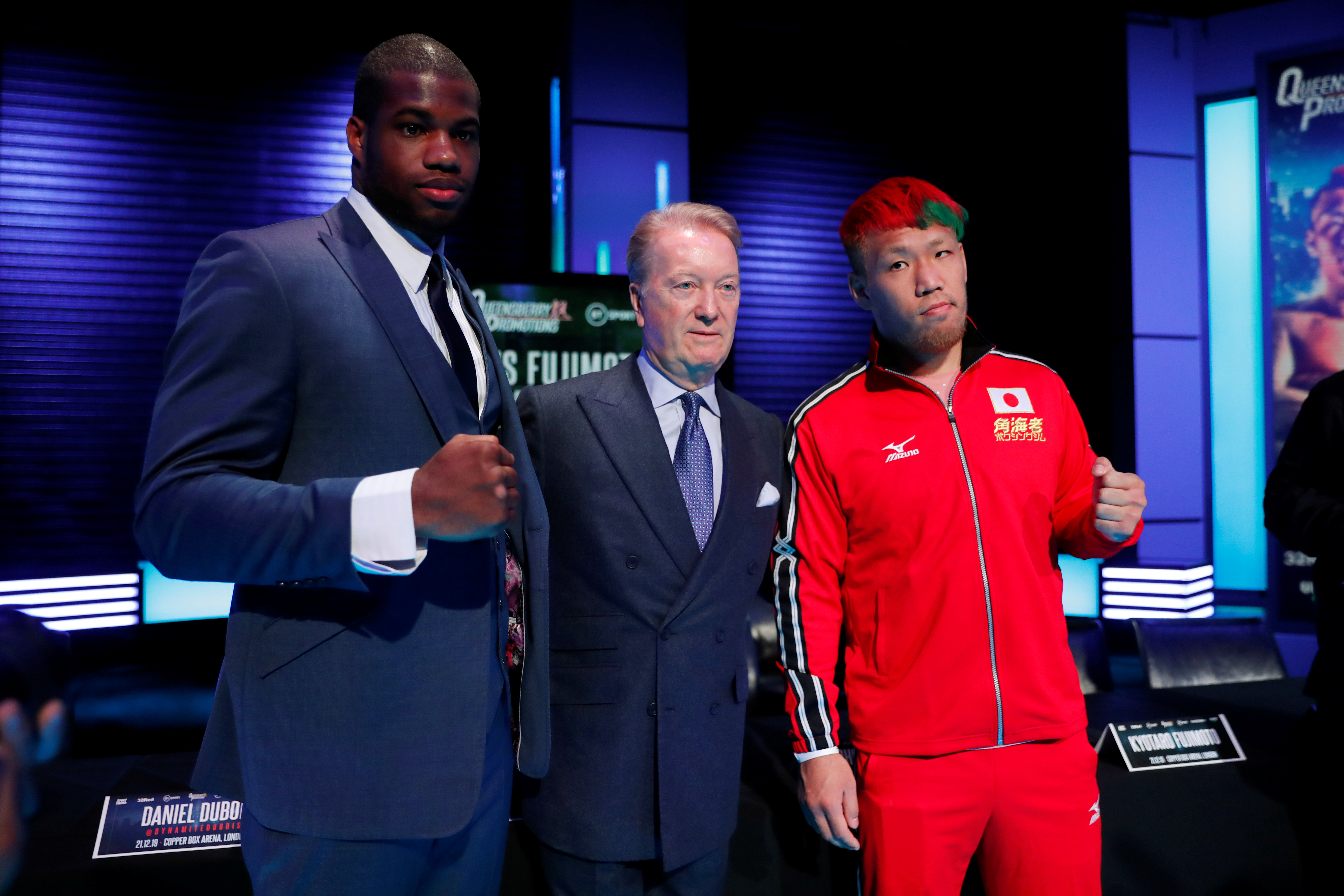 Japan has always had brilliant little guys coming off the production line, having produced world champions in the fly-bantam and featherweight divisions like Yoshio Shirai and Fighting Harada.

And Naoya Inoue, their sensational and vicious punching three-time world champion — currently the Emperor at 8st 6lb — is one of the most feared fighters on the planet.

Going through the record book the heaviest world champion I could find from the Land of the Rising Sun, is Shunji Takehara, who briefly held the WBA world middleweight crown 24 years ago.

There are plenty of huge fighting men in Japan, but they are to be found pushing and shoving massive mounds of flesh in the Sumo wrestling circle.

That’s why Osaka’s Kyotaro Fujimoto, 33 who stands 6ft tall and weighs in the region of 16 stone is such a rarity.

Fujimoto has been brought here as a Christmas gift carefully wrapped for British and Commonwealth heavyweight champion Dynamite Daniel Dubois to tear apart when they clash for the WBC’s silver title at the Copper Box, Stratford, tomorrow night.

The fans had better take a long look at him when he climbs in the ring because I don’t expect him to remain on his feet for more than a few minutes.

Despite Fujimoto, being ranked No 13 by the WBA, and having lost only one of his 22 fights, he’s never fought away from home before.

And all his victims belong to the “Who the hell is that?” brigade.

Triple D is having his fifth fight of the year — the other four lasted only a total of 12 rounds.

And he is moving inexorably towards filling Anthony Joshua and Tyson Fury’s boots in a year or so.

For a 13-fight novice Deadpan Daniel has made remarkable progress since turning pro two years ago without senior amateur experience.

He goes about his business knocking out his rivals with a poker-faced ferocity and he seems to have improved with every outing.

Much of Dubois’ steady and impressive development is down to the dedicated work of Martin Bowers, his modest and unflappable trainer at East London’s Peacock gym.

Bowers, who has been training fighters for 40 years, is of the old school and never seeks the limelight.

Slowly but surely he’s turning Dubois into the ultimate fighting machine with that essential ingredient — the punch of all great champions. He has a powerful, accurate left jab to die for.

Martin told me “My job is made that much easier because Daniel eats and sleeps boxing.  Apart from his family he has no other interests in life.

“We train five days a week and though he’s a 22 year old I never have to worry about what he might be getting up to at night — he’s usually in bed by ten.”

Bowers has also drilled into Dubois that he must respect every opponent.

That’s why we will not be hearing any trash-talking from him.

And long may that most welcome self-discipline continue.

Fujimoto appears to have an extremely large lantern-jaw that is screaming out to be hit.

I’m sure Dubois will oblige sooner rather than later to ensure 2019 — a very satisfying year for British boxing — goes out with a mighty bang.