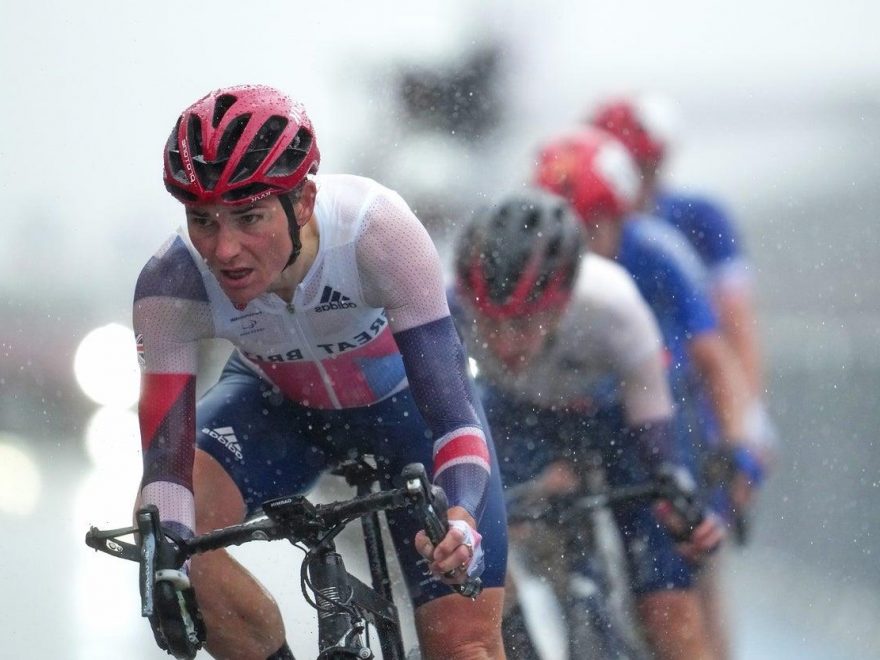 Dame Sarah Storey moved into a class of her own, Britain’s wheelchair rugby team made history and two swimmers called Ellie made emotional announcements during 12 action-packed days of competition in Tokyo.

ParalympicsGB secured 124 medals in Japan, finishing second behind China in the overall standings.

Here, the PA news agency takes a look back at some of the stand-out British moments from a unique Games delivered during a pandemic. 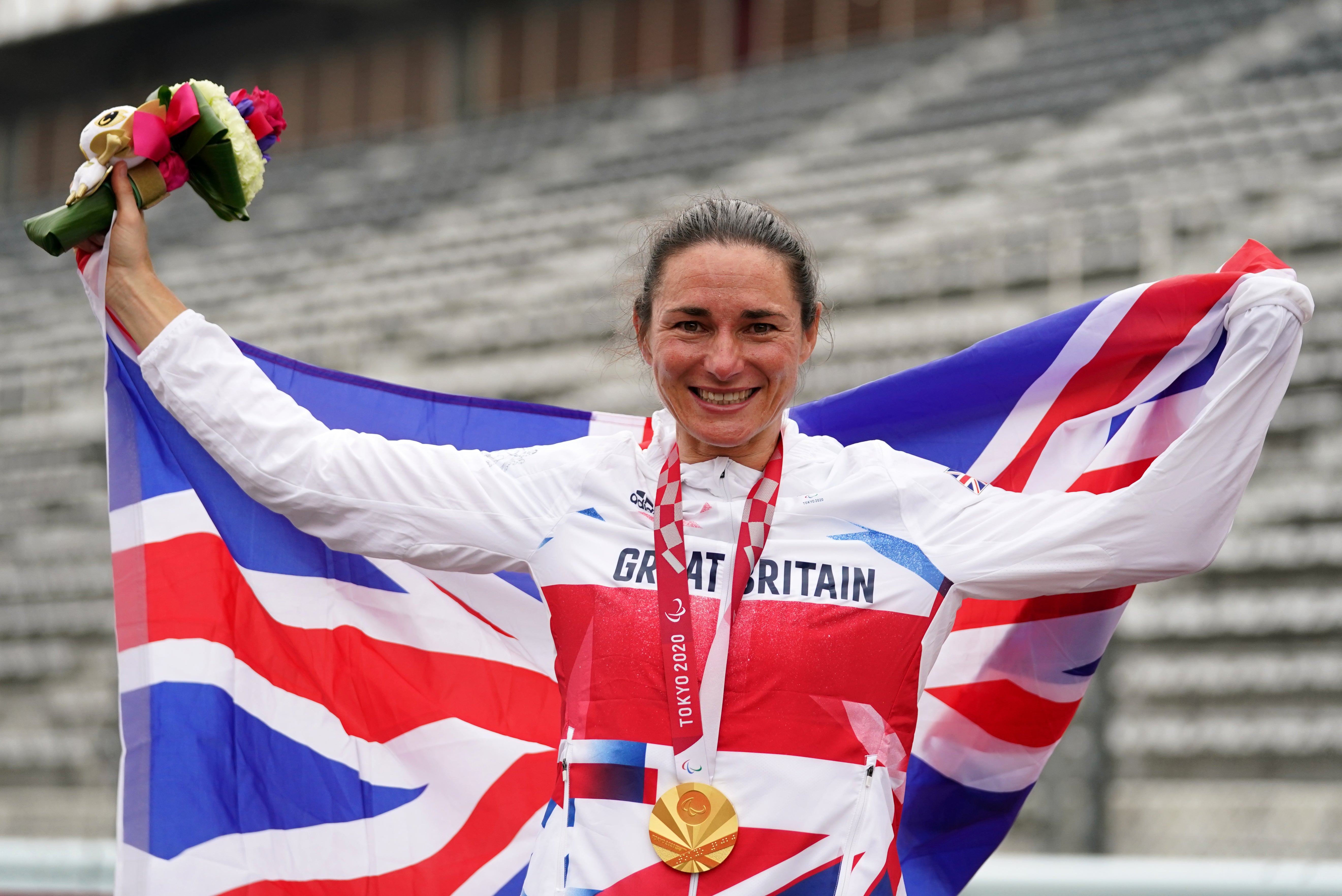 Dame Sarah Storey delivered on the pre-Games hype as she rewrote the record books. The unstoppable cyclist, whose career began as a 14-year-old swimmer at Barcelona in 1992, successfully defended three titles to become Britain’s most successful Paralympian The trio of golds moved her on to 17 in total, surpassing the 16 won by swimmer Mike Kenny between 1976 and 1988. The 43-year-old mother-of-two’s quest kickstarted with a world record en route to C5 3000m individual pursuit success on day one. Her place in history was cemented by time trial and road race triumphs in the space of three days in the foothills of Mount Fuji, with the final win coming in torrential rain. 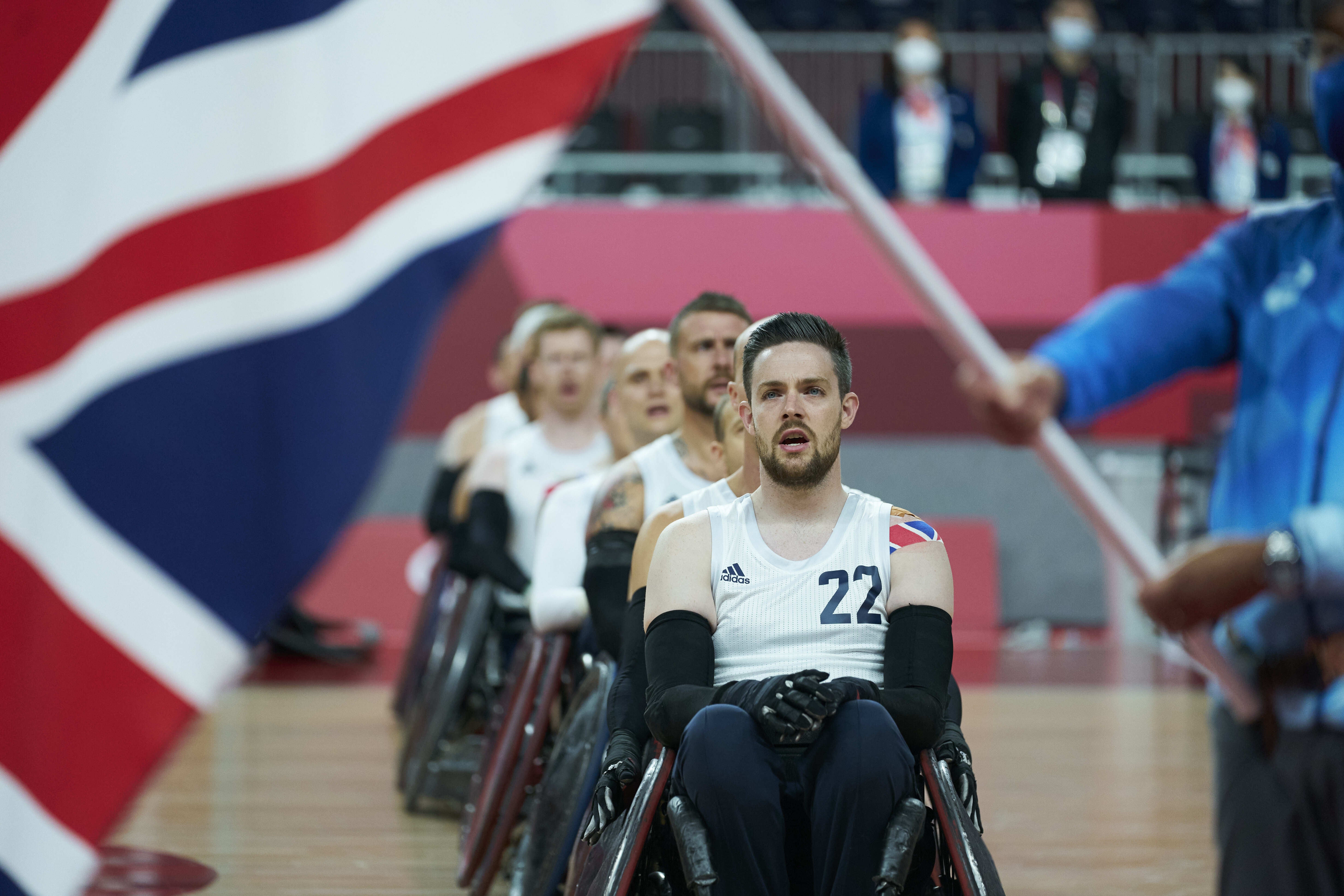 Great Britain claimed a historic first Paralympic medal in wheelchair rugby after storming to gold with a superb 54-49 win over three-time champions the United States. Spearheaded by 24 tries from Jim Roberts, GB led at the end of each quarter of an engrossing final. A milestone moment for the European champions in the physical mixed-gender game dubbed ‘murderball’ came following previous bests of bronze-medal match defeats in 1996, 2004 and 2008. “What an amazing shift for the guys – that was one to remember,” said Roberts.

Proud as a Peacock

To have and two gold

Golden couple Neil and Lora Fachie were more than happy to be dubbed the ‘Kennys of the Paralympics’ after each storming to glory on a fairy-tale day of track cycling. Scotsman Neil and pilot Matt Rotherham powered home in world-record style in the men’s B 1000m time trial, before Liverpool-born wife Lora and her tandem guide Corrine Hall remarkably matched the feat just minutes later in the women’s B 3000m individual pursuit. The unforgettable quick-fire golds for the visually-impaired husband and wife at Izu Velodrome swiftly drew comparisons with decorated duo Jason and Laura Kenny, who have won 12 Olympic golds combined. 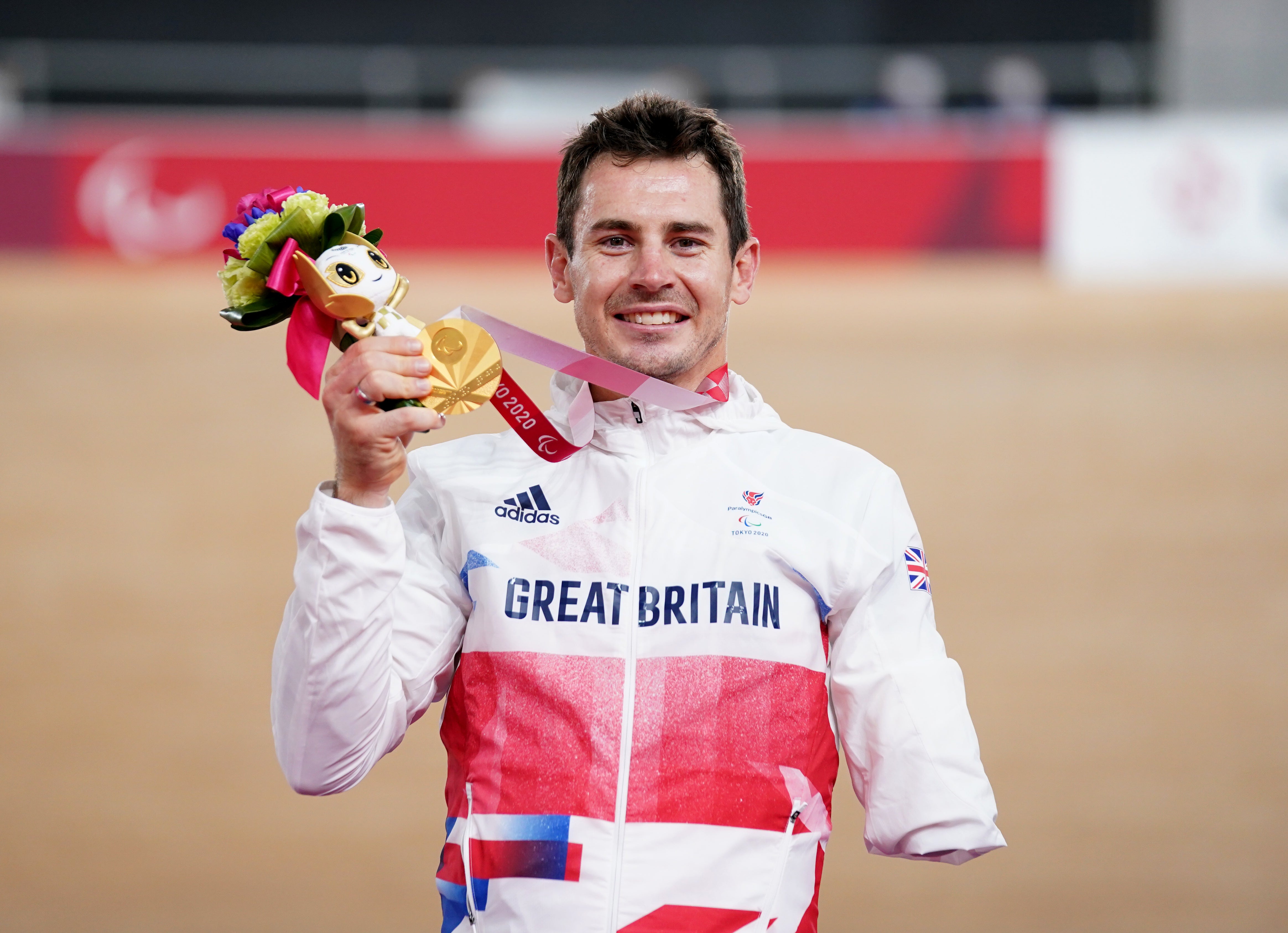 With the Taliban takeover of Kabul dominating news headlines, there were plenty of stark reminders in Tokyo of the devastation years of political instability in Afghanistan have caused. A trio of wounded British war heroes memorably won medals. Cyclist Jaco Van Gass claimed two golds and a bronze on his Games debut, Micky Yule was third on the powerlifting podium, while Stuart Robinson was part of GB’s all-conquering wheelchair rugby team. The late arrival of Afghan athletes Zakia Khudadadi and Hossain Rasouli – who were initially ruled out of competing before being evacuated from their home country via Paris – was another memorable moment. 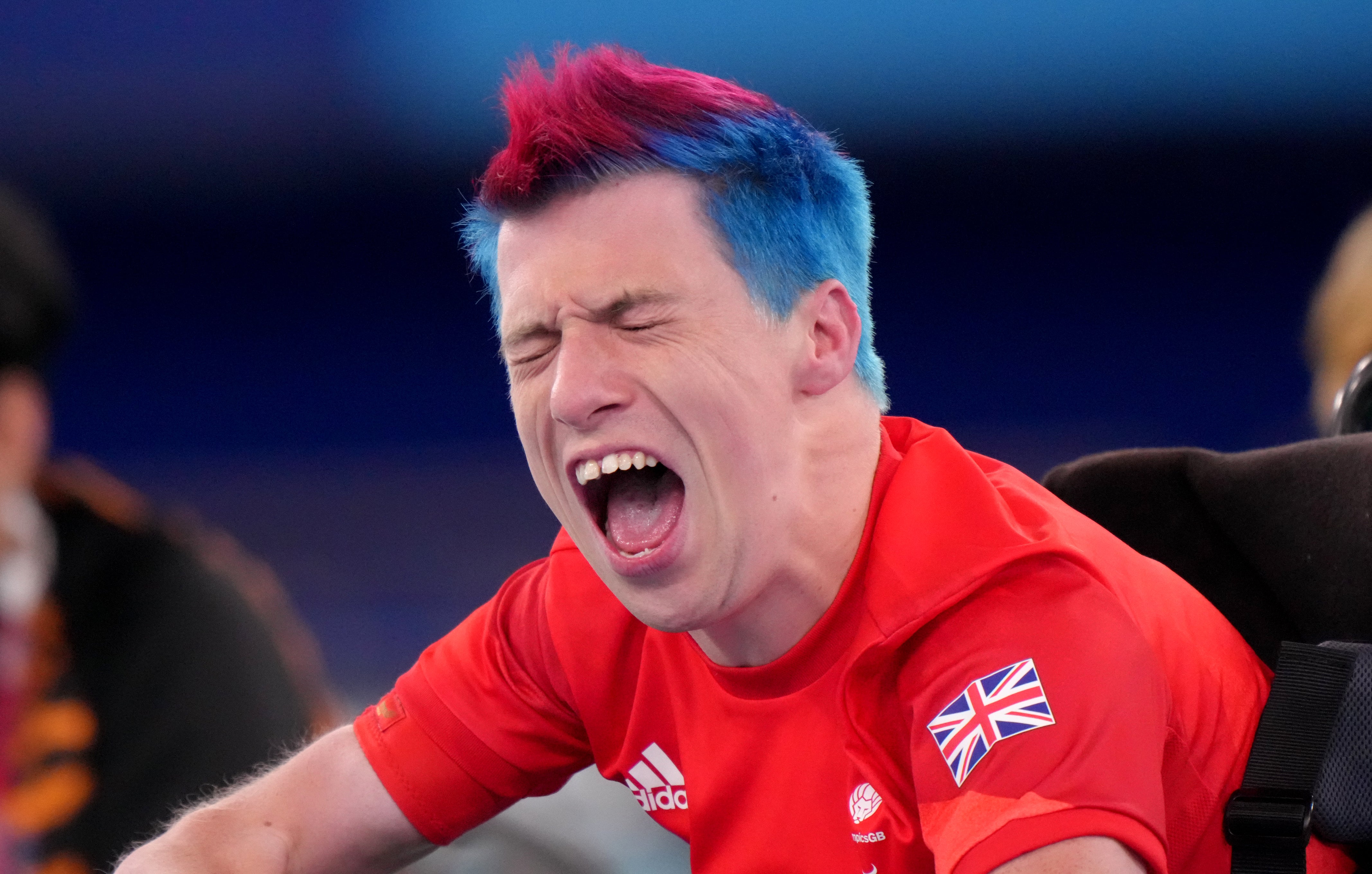 David Smith was crowned the ‘Cristiano Ronaldo of boccia’ following his history-making gold. The 32-year-old – sporting an eye-catching red-and-blue mohawk – cried tears of joy inside the Ariake Gymnastics Centre before revealing his second successive individual BC1 title was inspired by the supernatural presence of his late grandfather, Charlie. The aerospace engineering graduate battled back from an early deficit to defeat Malaysia’s Chew Wei Lun 4-2. Smith, who was named GB flagbearer for the closing ceremony, previously regarded himself as the Ronnie O’Sullivan of the boules-esque game but was more than happy to accept a new moniker.

Ell of a journey

Tokyo seemingly marked the end for two British swimming stars – each named Ellie. On her 20th birthday, two-time medallist Ellie Robinson – ‘the girl in the big coat from Rio’ – received widespread words of consolation and encouragement following an emotional interview in which she revealed her painful hip condition had become too severe to continue. That news was followed just three days later by five-time gold winner Simmonds effectively calling time on her own Paralympics career. GB’s opening ceremony flagbearer – who, like Robinson, did not make the podium in the Far East – planned to “go home and evaluate”. 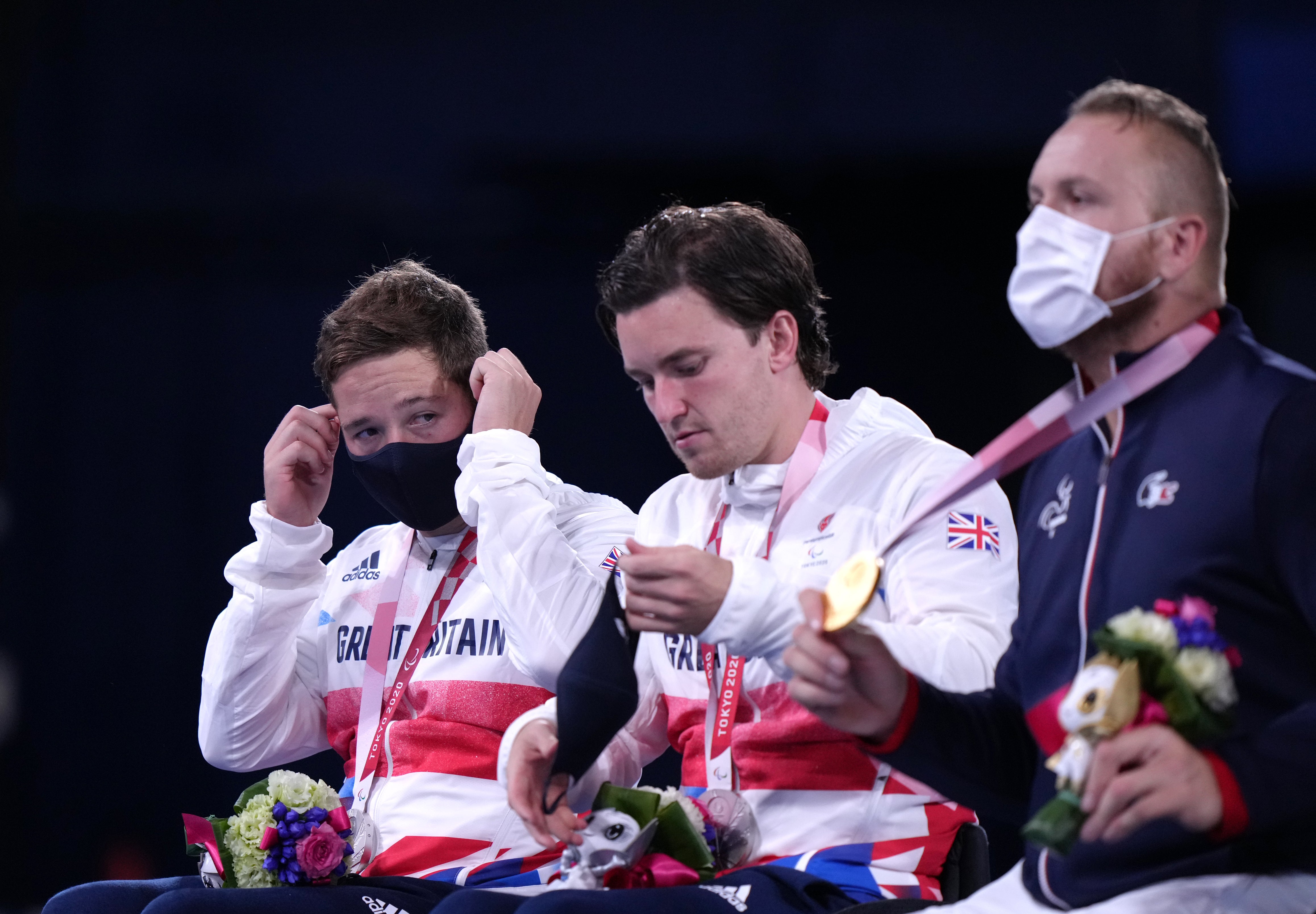 Devastation was etched on the faces of wheelchair tennis doubles partners Gordon Reid and Alfie Hewett following a second successive final defeat to French duo Stephane Houdet and Nicolas Peifer. It halted their dreams of a 2021 Golden Slam – victory in all four Grand Slams and the Paralympics – and is likely to be Hewett’s last shot at Paralympic gold as a classification issue looks set to soon end his professional career. The pair – who led 3-0 in the deciding set of a topsy-turvy encounter – were forced to return for a bronze-medal showdown in the singles the following day, which Reid won. That was the last thing on their minds as they answered questions in the aftermath of a heart-breaking defeat.