NBA legend Dirk Nowitzki has admitted he was 'wrong' on Luka Doncic after expecting the young star to struggle in his second season.

The Dallas Mavericks icon played alongside Doncic last season, when the young Slovenian won Rookie of the Year after a brilliant first season in the US.

And although many – included Nowitzki – predicted his second year would be more of a struggle, Doncic has taken his game to the next level.

Doncic, who is currently sidelined with a minor ankle injury, has been among the very best players in the world this season and has grown into an MVP candidate.

Nowitzki, who retired in the summer joked: "“I’ve got to be honest. I thought he was going to have a little tougher transition in year two, just because he was so phenomenal last year with all the triple-doubles.

"I thought people were just going to really hone in on him, but he’s got even better.

"He seems to get to the basket at-will at times.

"Even the experts, I guess, can be wrong. He’s looking really fantastic.

"To average a triple-double over a whole month is unbelievable – and that at 20, so the sky’s the limit for this team."

But this year they have the fourth-best record in the Western Conference and have posted some of best offensive numbers in league history. 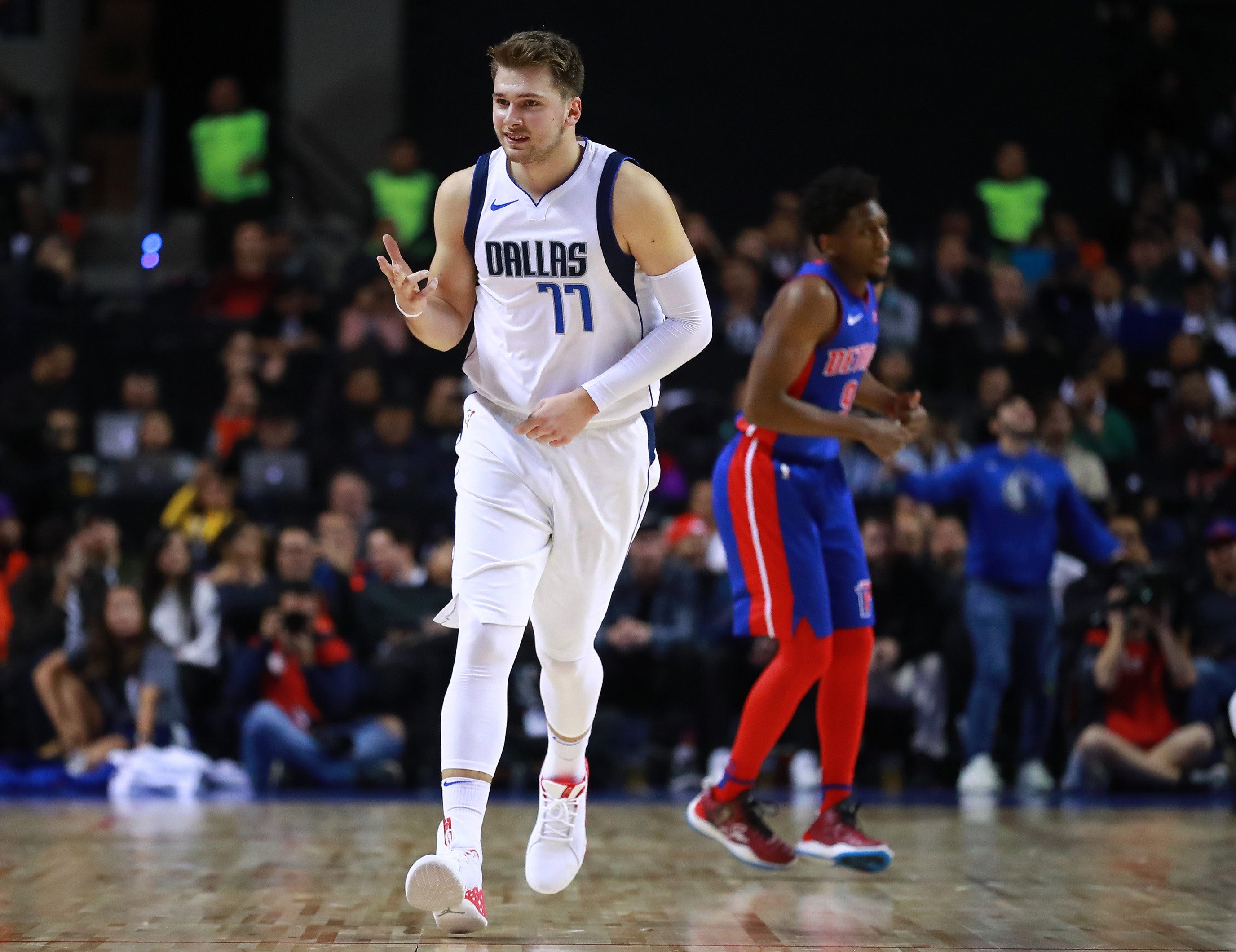 Nowitzki, who won a famous title with the Mavs in 2011, added: "It’s been a fun year. Luka’s playing out of this world. Everybody else is defending, shooting, rebounding and I still think they have room to improve.

"Oviously [Kristaps Porzingis] is slowly finding his rhythm, so I really like what I see.

"They’re quick, they’re long, they’re good defensively when they want to be, and they’ve got playmakers and shotmakers. I feel like it’s a very deep team.

"So I feel like any given night somebody else could step up and make big plays.

"Hopefully the play-offs are in the Mavs’ future this year."

However, Doncic says he is unaffected by the MVP acclaim – and is only worried about making the post-season.

"I don’t really care about the conversations about MVP," he said, "We’ve got to focus on us, on our team, getting wins and just keep on rolling.

"For me, it's making the play-offs still. It's a long season. It's only been one month.

"We didn't make the playoffs yet, so we've just got to keep going right now."