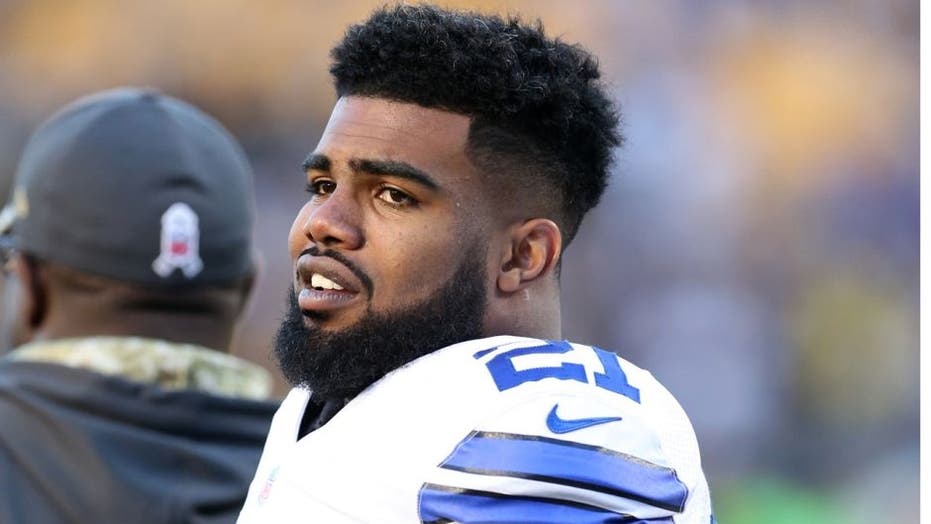 Fox News Flash top headlines for May 20 are here. Check out what’s clicking on Foxnews.com

Dallas Cowboys running back Ezekiel Elliott was reportedly detained at a Las Vegas music festival Saturday after he allegedly shoved a security guard to the ground.

Elliott was allegedly seen arguing with a woman in the parking lot of the Electric Daisy Carnival at around 3 a.m., TMZ Sports reported. Witnesses told the gossip site that Elliott appeared to block the woman with his body at one point during the argument.

Elliott and the woman were then seen talking to other event staffers when the running back confronted one of them, got into the guard’s face and used his body to push the man backward before shoving him to the ground, TMZ Sports reported.

Elliott was then escorted away in handcuffs, footage from the scene showed. The star’s lawyer, Frank Salzano, told TMZ Sports his client was detained but wasn’t charged with a crime.

“Security misconstrued and overreacted to the situation,” Salzano told TMZ Sports. “He was cuffed as a precautionary measure. He was released with no charges. He left Vegas that night and went to his [youth football camp in Dallas] on Sunday.”

It’s unclear whether Elliott will be disciplined over the incident. He was suspended for six games in 2017 amid allegations he assaulted his ex-girlfriend.