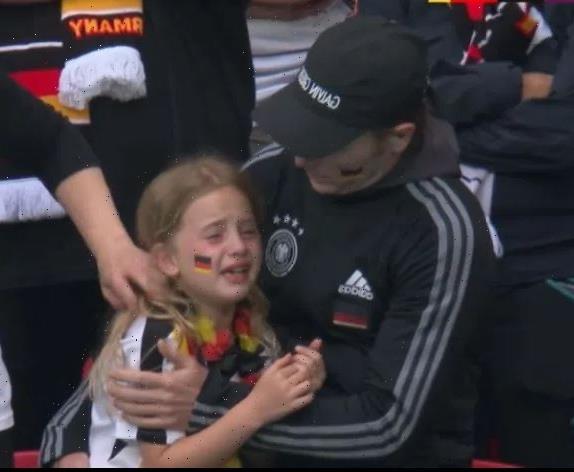 A TEARFUL German girl who was caught sobbing after her team lost to England has asked that the £36,000 raised for her go to charity.

A JustGiving page was started to show solidarity with the nine-year-old fan after some supporters cheered at pictures of her crying at Wembley. 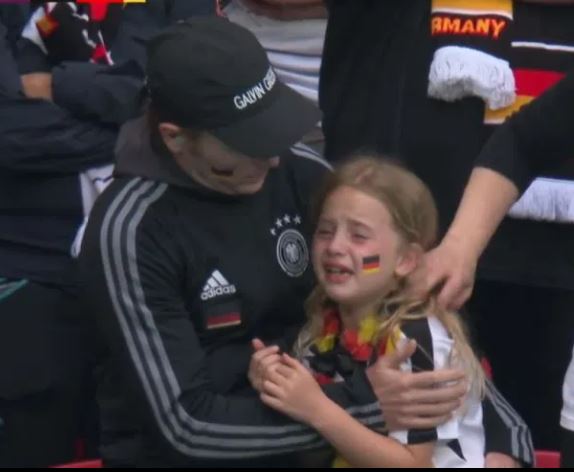 And they have since donated more than £36,000 – far exceeding the initial £500 target – ahead of England's semi-final against Denmark.

Some attendees at England's 2-0 win over Germany were seen cheering as footage of the young fan crying was screened after the match.

Gary Lineker and Stan Collymore were among the football stars who criticised the taunts directed towards the girl wearing a Germany shirt.

Collymore shared an emotive post on Twitter featuring pictures of sickening tweets posted by trolls who were mocking the distressed fan.

And Burnley fan Alistair Campbell, who served as press secretary to former prime minister Tony Blair, lambasted the behaviour of supporters who engaged in mocking the young girl.

He tweeted: “Grace in defeat is a very special quality. Grace in victory ought to be a lot easier.”

Sports fan Hughes, who came across Collymore’s message, decided to set up the JustGiving page for the Germany fan as an act of goodwill.

In an interview with Nation Cymru, the Welshman said: “I can’t stand seeing that kind of bullying online.”

People from all across the world united to raise £36,000 following donations from more than 3,200 people.

The girl's family has since been contacted and published a statement on the JustGiving page to request that the money be given elsewhere.

It read: "In the interests of our daughter and our family we would like to remain private however we wish to thank everyone for your amazing support.

"Our daughter would like to request your generous donations go to UNICEF, knowing that your kindness will do good."