CRISTIANO RONALDO has been called a diver countless times in his career.

But rarely has the description been as accurate as it is today. 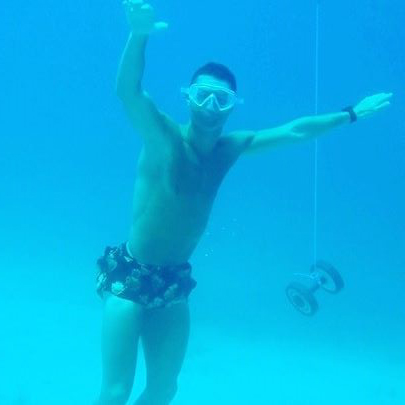 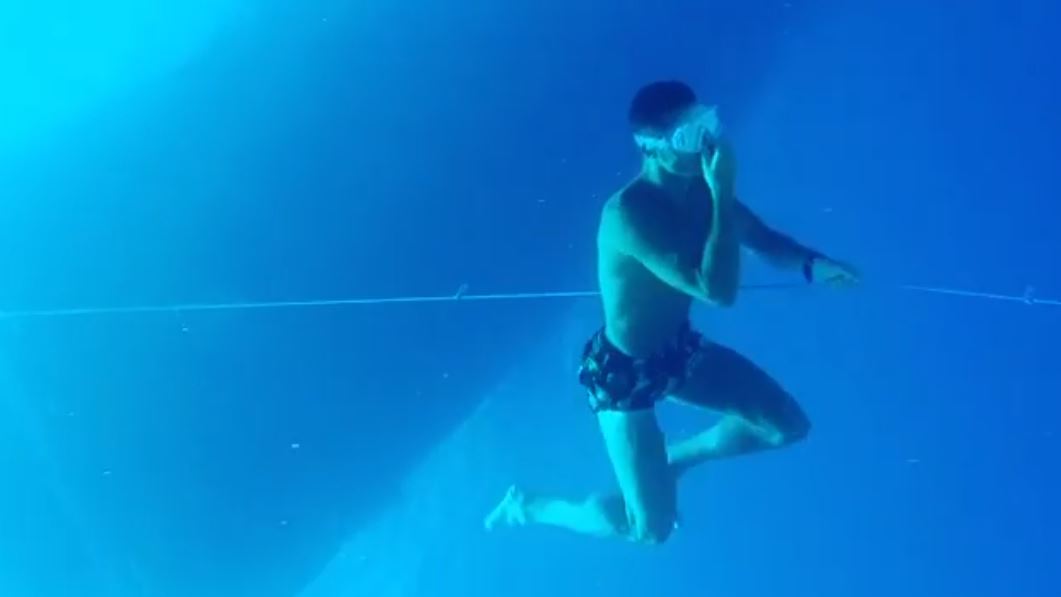 Today I woke up and I wonder: What’s happening into the sea?! Call me Neptuno🧜🏼‍♂️😂 #PleaseDon’tTryThis #14 meters 🚫

Today I woke up and I wonder: What’s happening into the sea?! Call me Neptuno🧜🏼‍♂️😂#PleaseDon’tTryThis #14 meters 🚫

In footage posted on his Instagram this afternoon, the Portuguese mega-star is seen plunging to the depths wearing a snorkel.

And it comes as his inner circle have slammed reports linking the 35-year-old with a move away from Juventus.

Ronnie is currently on holiday on a stunning yacht in the short off-season after Juve were dumped out the Champions League by Lyon last Friday.

And he took a dip in the sea off the luxury liner earlier today.

The footage shows Ronaldo pulling himself toward the ocean floor using a line with a gym weight attached to the end.

He eventually reaches the bottom and spins to the underwater camera and waves.

Before the iconic footballer springs off the sandy floor and swims toward the surface.

He captioned the post: "Today I woke up and I wonder: What’s happening in the sea?! Call me Neptuno. #PleaseDon’tTryThis #14meters."

Ronaldo has been enjoying the break with his partner Georgina Rodriguez away from the drama back in Italy.

Happy to share these beautiful moments with you! 👩‍❤️‍👨😘

Happy to share these beautiful moments with you! 👩‍❤️‍👨😘

And Ronaldo has reportedly been offered to Barcelona to link up with Ballon d'Or rival Lionel Messi.

Despite a record-breaking campaign in front of goal and another Serie A title, the Juventus superstar's season ultimately ended in disappointment.

Defeats in the Suppercoppa Italiana and Coppa Italia final were compounded by crashing out of the Champions League.

Ronaldo has two years left on his Juve deal and was also reportedly offered the chance to conquer France alongside Neymar at Paris Saint-Germain.

But Spanish football expert Guillem Balague sensationally claimed a return to LaLiga with Barcelona is another option for Ronaldo.

However, Spanish outlet AS quote one of Ronaldo's representative who slammed the claims as "completely false".

The ex-Manchester United is said to be "very happy" living in Turin and has no intention of leaving Juve for any club.

Ronnie bagged 37 goals and seven assists in all competitions this season.

He scored twice in the second leg of the Lyon tie but couldn't score the third to prevent Juve getting knocked out on away goals.