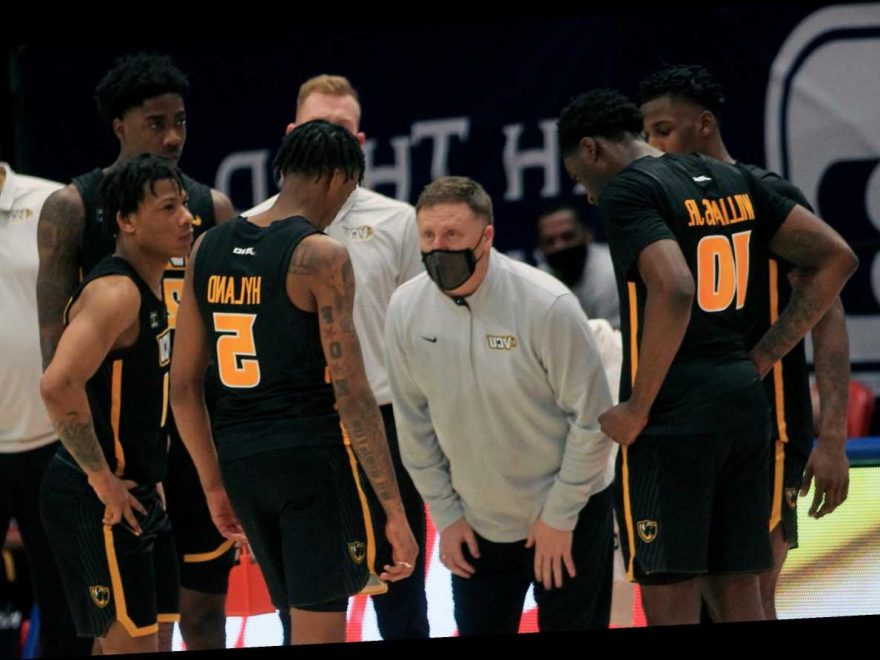 Phil Mickelson's career is at a crossroads

TPC Sawgrass beats up pros in first round of the Players

Anyone who’s paid any attention to the NCAA Tournament over the years understands right away that there are no guarantees.

Ask No. 2 seed Ohio State, which was bounced from the tournament on Friday in the first round by a No. 15 seeded Oral Roberts team that hadn’t won an NCAA Tournament game since Richard Nixon occupied the Oval Office (1974).

Ask Purdue, a No. 4 seed with big hopes but was eliminated late Friday night by a North Texas team that had never won an NCAA Tournament game.

Ask No. 4 seed Virginia, the de facto defending national champion (it won it all in 2019 and last year’s tournament was canceled because of COVID-19), which lost to 13th seeded Ohio University on Saturday night in the first round.

No guarantees in the NCAAs.

The 13 players from Virginia Commonwealth University and their coaching staff, all of whom had been in the Indianapolis bubble the NCAA created to protect March Madness from the insidiousness of the coronavirus, figured they were at least guaranteed Saturday night’s 9:57 p.m. first-round game against Oregon.

And then they weren’t.

VCU’s NCAA Tournament was over before it began thanks to what the school reported as “multiple’’ COVID-19 positive tests in the past 48 hours.

Those were reported to the NCAA and, in conjunction with area medical professionals, it was ruled that VCU could not take the court for its first-round game and Oregon would advance in a “no-contest’’ to a second-round game against Iowa.

So, the NCAA Tournament’s worst nightmare struck, COVID-19 becoming an unwelcome 65th team in March Madness, knocking VCU out of the tournament and leaving those 13 players and their coaches devastated.

The NBA, NHL and MLS created bubbles last year and made it through without major incidents.

COVID-19 stuck a sharp pin into the NCAA Tournament’s bubble and reminded everyone that there are no guarantees, regardless of how strong you think your bubble is or careful you are.

At about 6:20 p.m. Saturday, VCU athletic director Ed McLaughlin received notification from the NCAA of the decision. McLaughlin quickly notified coach Mike Rhoades, who gathered his players together in a hallway on the 16th floor of the J.W. Marriott in downtown Indianapolis and told them the news.

McLaughlin was adamant there was no breach in COVID-19 protocol, saying, “It certainly wasn’t because bad behavior on our side whatsoever. It’s brutal, that’s the only way I can describe it.”

Rhoades called it “devastating’’ and “heartbreaking’’ and said there were “no dry eyes.’’

“This is what you dream of as a player and a college coach,’’ he said.

Among the players on VCU who are starters or play significant minutes, two of them — Levi Stockland III and Corey Douglas — are seniors and never will get this chance again.

Even for the underclassmen, like sophomore leading scorer Nah’Shon Hyland, there are no guarantees they’ll be back to the Big Dance again.

Hopefully, Hyland will find his way back to March Madness, because he has a personal score to settle. He revealed on Twitter that three years ago while watching the NCAA Tournament a fire started in his house and he lost two family members.

This was Hyland’s tweet: “3 years ago I was sitting in my room watching March madness when a fire had broke out in my house.. & I lost two of my family members.. Broke my soul into pieces but I’m still standing like a soldier and March madness is here now. And best believe I’m going out wit a bang!!’’

Sadly, not this year. Hopefully next.

“We haven’t had a shutdown all year due to COVID,’’ McLaughlin told Jeff Goodman from @Stadium. “It’s brutal for the kids and the coaches. Heartbreaking.’’

Oregon coach Dana Altman took no joy in the “no-contest’’ ruling that allowed his team a free pass into the second round.

“We hate to see a team’s season end this way after all the hard work these student-athletes have put in,’’ Altman said in a statement. “This isn’t the way we wanted to advance.’’

Some teams enter the NCAA Tournament expecting to make a deep run, to win it all. Others are ecstatic just to step foot on the stage they’d dreamt about since they were kids, bruising elbows and skinning knees in the streets and the school yards.

But the common thread that weaves through both the blue bloods and the wide-eyed one-and-ones is that the NCAA Tournament is the time of their lives. We see this every March, and it’s the beauty of the tournament that lives on in perpetuity.

For those 13 VCU players and their coaches, they never got to experience that beauty this March.

Another example — albeit not a basketball lesson — that there are no guarantees in the NCAA Tournament.