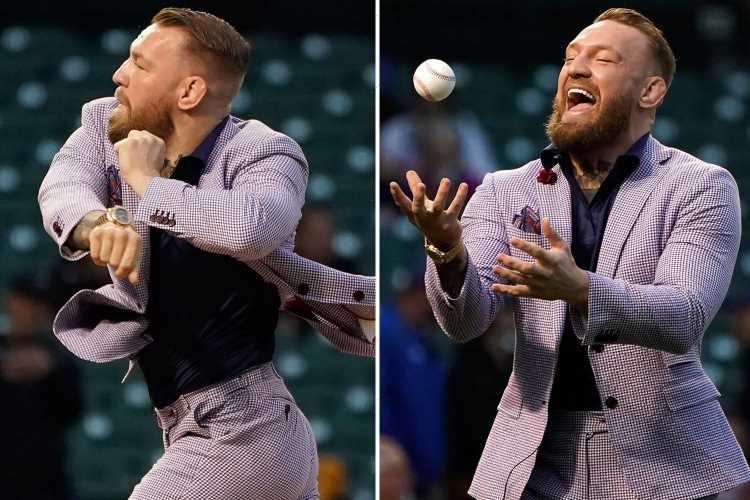 UFC star Conor McGregor has defended his abysmal first pitch at the Chicago Cubs' baseball game after being slaughtered online.

The 33-year-old was invited to throw the first pitch at Wrigley Field before the Major League Baseball game against the Minnesota Twins. 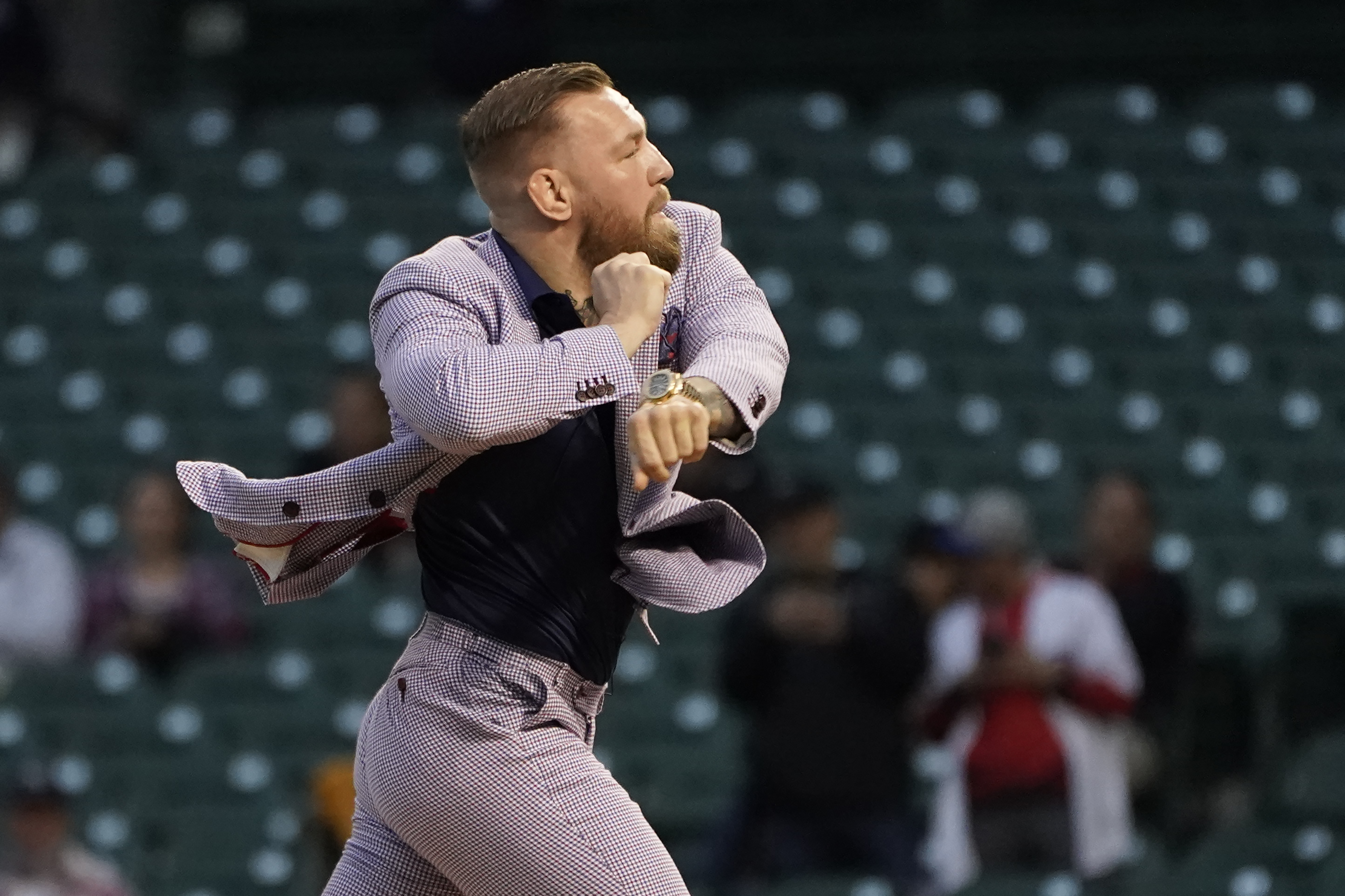 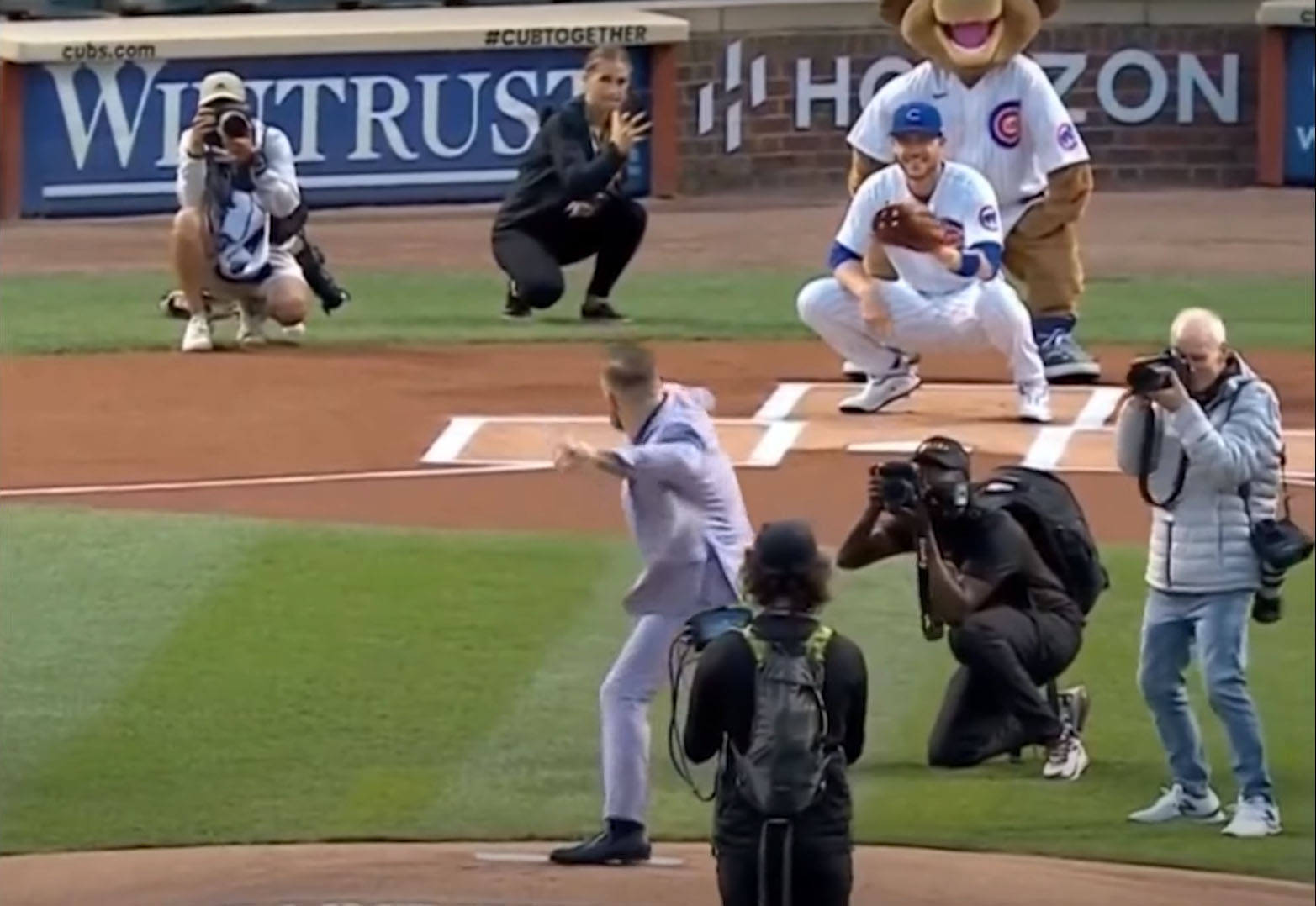 But it's safe to say his effort didn't go quite the way he would have imagined it to.

After McGregor stepped up to the plate and sent the ball miles to the right of the receiver, the Notorious was quick to defend his attempt.

In fact he did more than defend it.

The outspoken Irishman took to Instagram to label his pitch 'powerful' and one of the 'fastest' despite the inaccuracy.

In a post to his 42.3million Instagram followers, part of McGregor's lengthy caption said: "Bar the accuracy, [it] was the most powerful and fastest first pitch of any of these other athletes/ artist over the years. No comparison."

He went on to say his pitch had: "Venom. Composure. Balance!"

The post followed comparisons from fans likening McGregor's disastrous pitch to that of rapper 50 Cent in 2014.

But McGregor seemed to take offence to the comparisons, saying: "The audacity to compare mine with this p***! Picture to picture alone buries this."

The American's attempt was also miles off target, and lacked power.

McGregor even took shots at Lionel Messi and Cristiano Ronaldo, claiming to be richer than the two football stars as part of a bizarre rant.

Celebrities are often invited to throw the ceremonial first pitch at baseball games, although not many are as off target as McGregor was with his effort.

Some of the biggest names in sport invited to throw the first pitch in the past include boxing legend Mike Tyson and Olympic sensation Simone Biles.