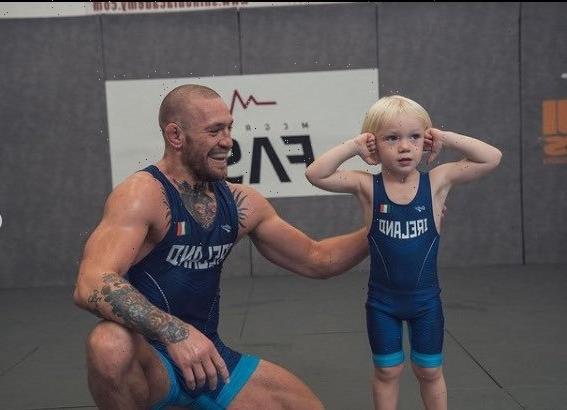 CONOR McGREGOR believes his sons Conor Jr and Rian will continue his fighting name as he predicted 'interesting times ahead'.

Ever since Jr was born in 2017, the youngster has been a regular fixture in McGregor's training team. 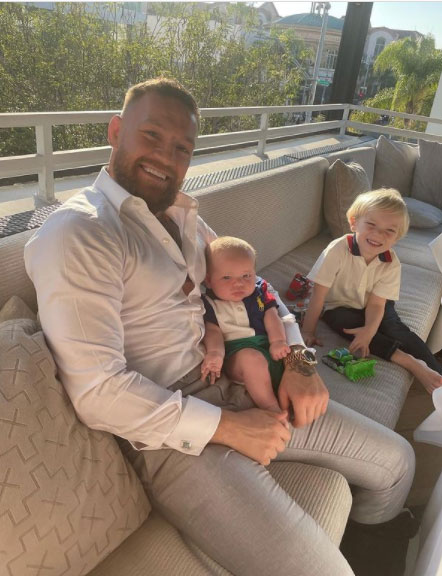 The former two-weight UFC champion often shares adorable snaps of his eldest copying him in the gym.

And after welcoming newborn Rian in May, McGregor now has two boys who could potentially follow in his footsteps.

The Irish superstar was quizzed on Conor Jr, four, possibly taking up MMA as a career when he is older.

And McGregor responded in the Twitter Q&A: "That kid of mine is going to do whatever he wants in this world.

"I will support him all the way tho whatever he chooses! I feel he will do it tho. I feel his younger brother Rían will also.

"Interesting times ahead. I will be happy just as long as they are happy."

McGregor first took up boxing aged 11, but by 18 he switched to MMA in a move that went on to pave the way for the most famous career in UFC history.

The 33-year-old is the highest-paid UFC star ever and has two belts to his name.

But his quest to recapture the lightweight crown took a dent in July after he was beaten by Dustin Poirier, 32, for a second consecutive time.

Poirier knocked out McGregor, the man who beat him in 2014, in January in their rematch.

And he then won the trilogy bout in dramatic fashion after McGregor broke his tibia second before the end of round one.

He is now nursing the horror injury in Los Angeles, where he has continued his rehabilitation process.

McGregor has been handed a six-month medical suspension but insisted the wheels are already in motion for his grand return.

"Working with the best team money can buy! I’ll be back in no time, lock loaded!"