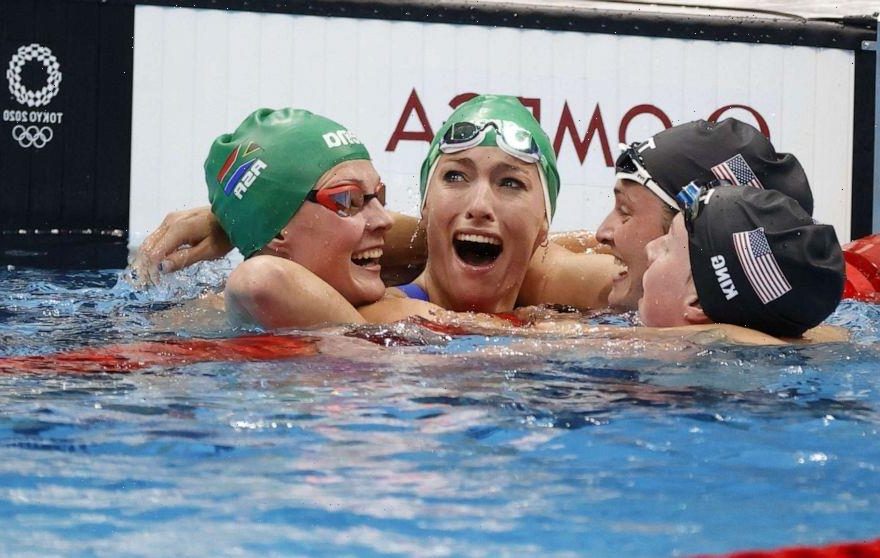 South Africa’s Tatjana Schoenmaker edged out America’s Lilly King and Annie Lazor to win gold in the 200-meter breaststroke at the Tokyo Olympics on Friday.

Seconds later, Lazor, followed by King, swam over to Schoenmaker to hug her as she celebrated not just a win, but a historic win.

Taking off her goggles after the finish, Schoenmaker, 24, turned around to see her time and her eyes lit up. She put her hand over her mouth in happy disbelief — she had set a world record.

It was one of those moments that make the Olympics so special as King, Lazor and Schoenmaker’s South African teammate Kaylene Corbett came over to celebrate with her in a group hug in the pool, telling her she was “amazing” and exclaiming, “You did it!”

It was especially emotional for Lazor and King, who trained together, since the death of Lazor’s father in April, reportedly due to COVID-19.

“The last few months for me have been far from easy, but she has dragged me through the mud and pushed me every day and distracted me,” Lazor said of King a few days ago, according to ESPN.

This was Schoenmaker’s second medal in Tokyo after winning silver in the 100-meter breaststroke.

Due to COVID rules, athletes have limited personal support at these Games, and for the most part are being supported by families and friends watching on TV back home.

Earlier in the day, there was another multinational celebration as the gymnastics all-around winners — America’s Sunisa Lee, Brazil’s Rebeca Andrade, and Russian athlete Angelina Melnikova — shared selfies together after they got their medals.