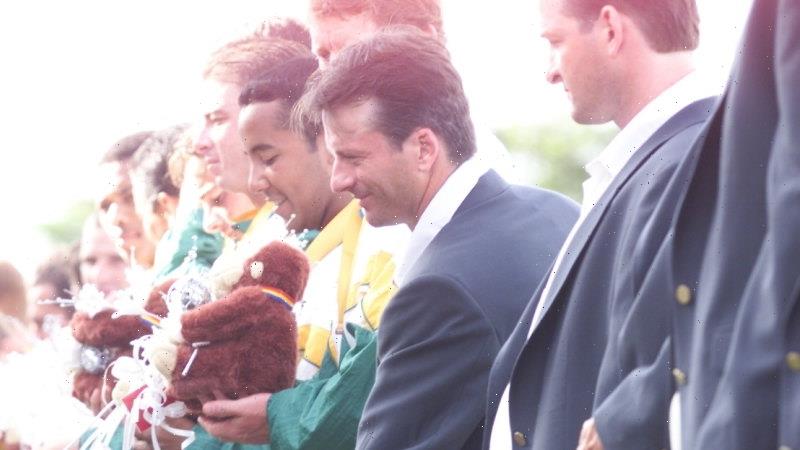 Twenty20 cricket was listed as one of the original 16 sports accepted for competition at the 2026 Games but initially referred only to the women’s game which is on the program for the first time at the Commonwealth Games in Birmingham, beginning July 28. 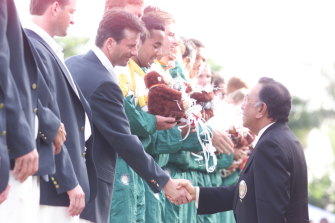 Men’s cricket last appeared on a Commonwealth Games program at Kuala Lumpur in 1998 and was embraced by leading players, such as Sachin Tendulkar and Steve Waugh.

However, CGA chief executive Craig Phillips revealed discussions are proceeding to stage a men’s competition in 2026, saying, “The CGF is talking to the ICC about what the competition would look like. It’s an ongoing conversation.”

It is understood the CGF expects a competition involving Twenty20’s elite, while advisors to the Victorian government take the view that the successful format adopted by soccer at the Summer Olympics is more realistic.

Men’s soccer at the Olympics is an under-23 competition, with three senior high-profile players allowed per team. It is one of the most popular sports at the Olympics, both in attendance and TV ratings. Given the crowded international cricket calendar, it is unlikely the Commonwealth’s elite cricketers would be available for competition in regional Victoria when the Games begin on March 17, 2026.

Men’s Twenty20 cricket would increase the broadcast value of the rights to the 2026 Games exponentially. The domestic rights to India’s IPL recently sold to Disney/Paramount/Reliance for a mammoth $8.94 billion, a 100 per cent increase on the previous deal.

The importance of cricket in India is reflected in the payments made to the International Olympic Committee for broadcast rights. India traditionally pays only $US10 million ($14.6m) for the rights to televise the Olympics, yet if Twenty20 was on the Olympic program, analysts estimate it could be $US500 million ($732m).

On Wednesday, the Victorian government and the CGA invited international sporting federations for expressions of interest for the five to seven sports to be added to the 2026 program. The international federations have until August 19 to submit bids.

Phillips said: “The Victorian government does the shortlisting in discussion with us [the CGA] and then it goes to the CGF for endorsement. It’s their Games. I expect a decision by October on the final list of sports.” 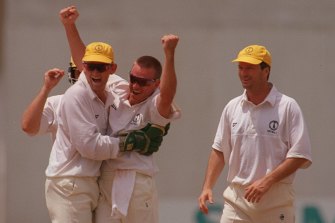 Australia’s Brad Young (centre) celebrates with Adam Gilchrist and Steve Waugh after taking a hat-trick in the semi-final at the 1998 Commonwealth Games.Credit:Getty Images

He concedes that sports already on the Birmingham program but not initially chosen for 2026 – wrestling, judo and 3×3 basketball – are likely to lodge submissions.

The Victorian government is principally interested in sports that drive inbound tourism, or which are compelling on TV, while showcasing the attractions of the state’s regions to the Commonwealth’s 1.6 billion people.

Most of the $2.5 billion allocated in the budget for the 2026 Games is focused on legacy housing and sports facilities at the four regions hosting the events – Geelong, Bendigo, Ballarat and Gippsland. Melbourne’s MCG will host the opening ceremony, while the CGA is expected to lobby for the inclusion of track cycling at Melbourne’s velodrome.

There has also been a push to integrate sports popular with Pacific Island countries, such as va’a, an open water competition involving outrigger canoes. The Nagambie rowing course has been proposed as the venue for va’a and a possible 2026 rowing program. The Nagambie Rowing Club will soon announce a new event with the world’s richest prize money, modelled on an anticipated Commonwealth Games submission. Commonwealth countries are No.1 in the world in rowing, with 34 competing, including India.

The CGF has mandated only two compulsory sports – swimming and athletics – on future Games programs, but Phillips concedes little has been done to entice Canada to bid for the 2030 Commonwealth Games which would be the centenary of the first Games held in Hamilton, Ontario.

Canada has not paid broadcasting fees for Commonwealth Games since 2002.

Sports that would drive and reinvigorate Canadian interest in the Commonwealth Games are lacrosse, curling and rowing.

Lacrosse is played throughout the Commonwealth and is the only sport with historical roots to First Nation Indians. The Iroquois Nation, which includes parts of the USA and Canada, competes at the lacrosse world championships as a national team.