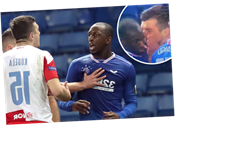 AN investigation by police has been launched into allegations Rangers star Glen Kamara was racially abused during a Europa League tie.

Kamara alleged Czech defender Ondrej Kudela subjected him to the abuse during his side's tie with Slavia Prague last week. 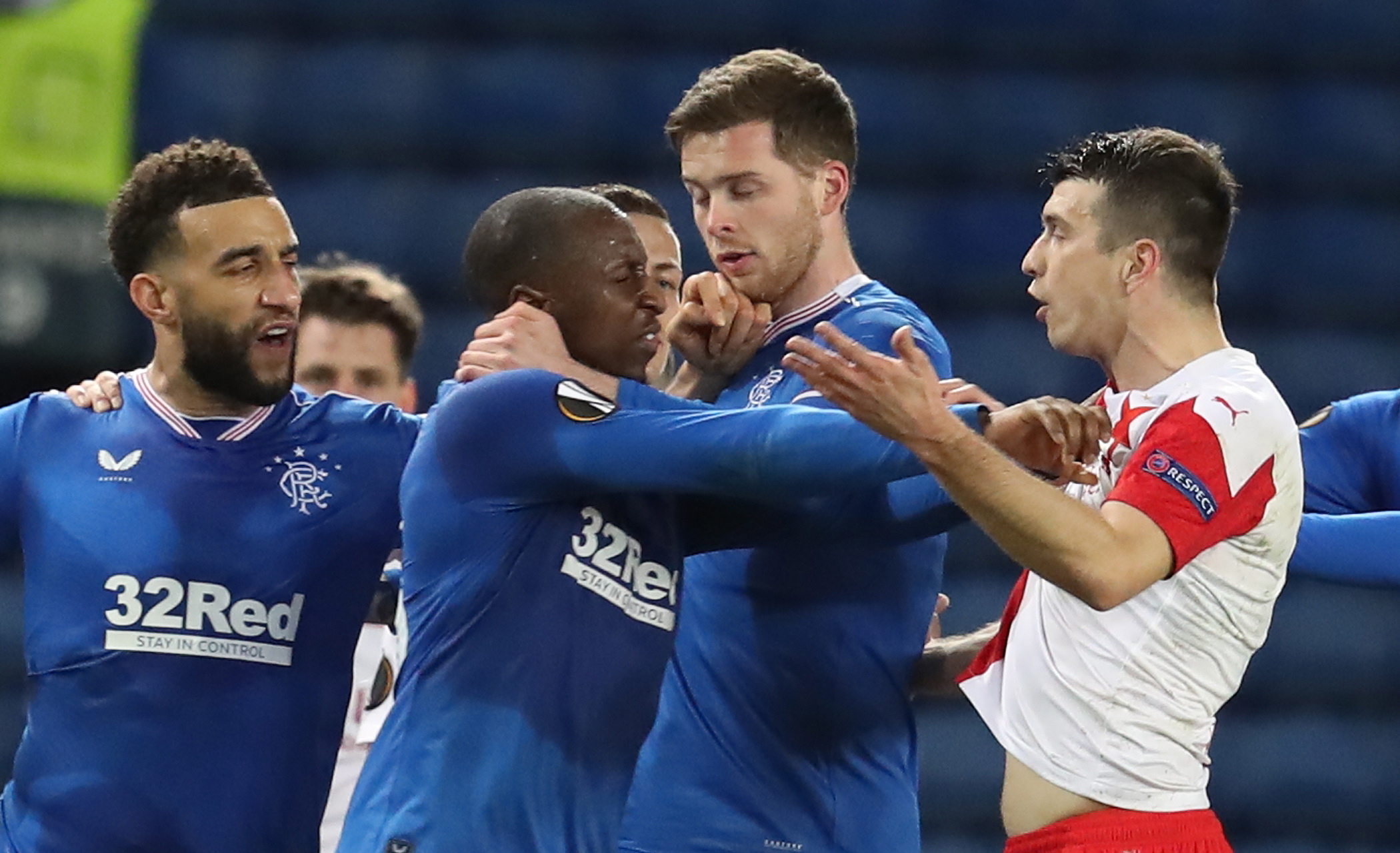 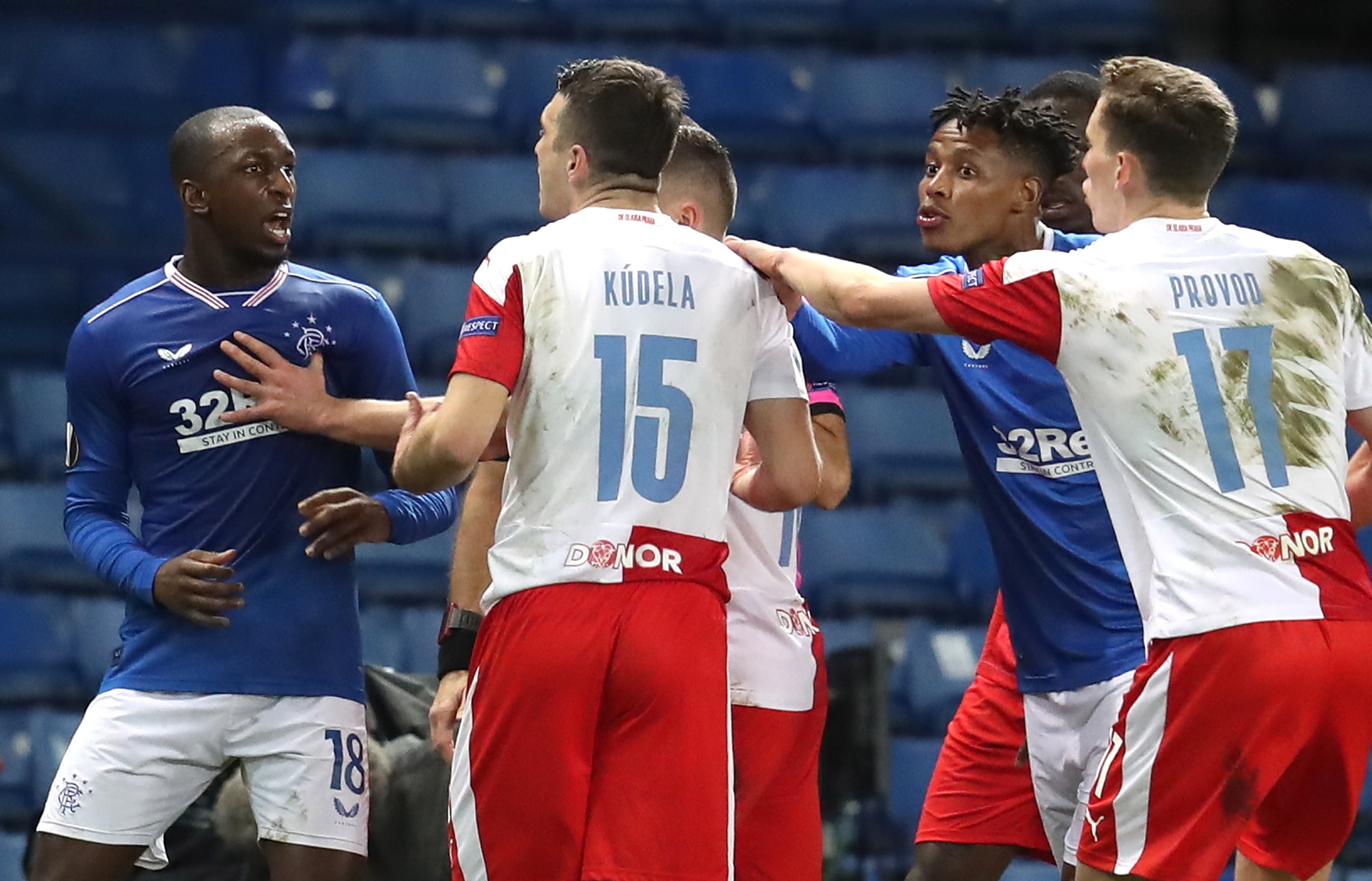 Uefa have since launched an investigation over alleged incidents both during and after the heated game at Ibrox.

And Kamara has since called on European football chiefs to take a zero-tolerance approach to racism.

Police Scotland have now begun their own investigation into the allegations against Kudela.

A Police Scotland spokesperson said: "We are investigating incidents of alleged racial abuse and a reported assault following the match between Rangers and Slavia Prague at Ibrox on Thursday, 18 March, 2021.

"Officers are liaising with both clubs and enquiries are continuing." 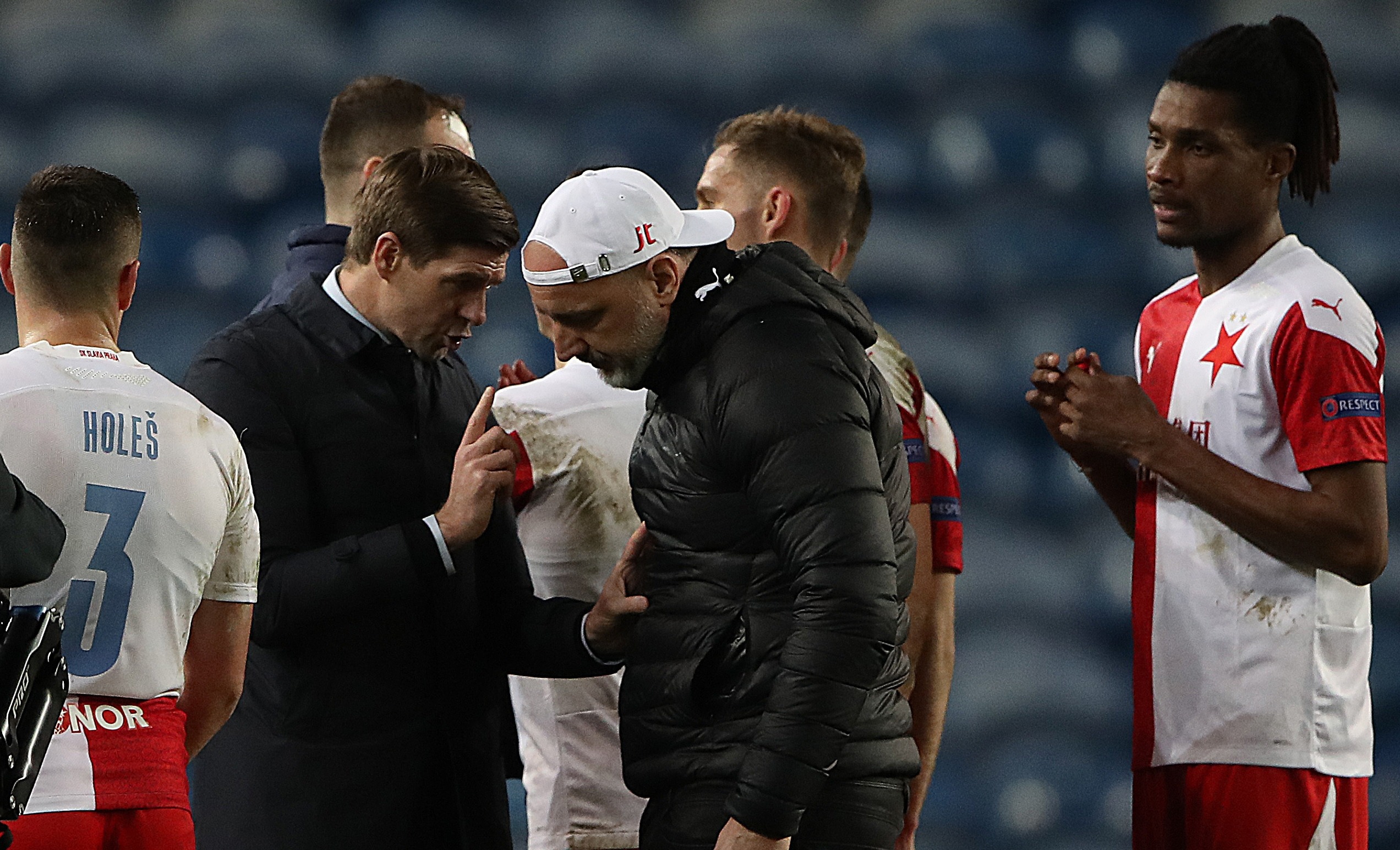 Kamara's lawyer, Aamer Anwar, revealed the probe was underway in a statement to SunSport on Monday as he responded to Slavia Prague boss Jindrich Trpisovsky's criticism of both Rangers and the Finnish international.

And he called on Kudela to assist police with their investigation when his side return to the UK next month to face off against Arsenal.

Anwar said: “The statement issued by Slavia Prague is beneath contempt and compounds their repeated failure to condemn the racist abuse of Glen Kamara by one of their own players, as well as fans.

"This statement by Slavia Prague’s manager smacks of desperation and it might have helped their cause had one of Slavia Prague’s players not been caught on an audio-recording confirming that Kudela had called Glen a ‘monkey’.

"I spoke to Police Scotland earlier today and a full criminal investigation is now underway into the actions of Kudela, so I very much hope that when he returns to the UK to play Arsenal on the 8th April, he is ready to assist Police Scotland with their inquiries.

"As for Uefa it really is ‘time up’ for their ‘anti-racism tokenism’.

"On this occasion there is corroborated evidence for the grotesque abuse that took place on the international stage.

"What black players need is a clear robust message to be sent out to the footballing world that Uefa are genuine about eradicating the scourge of racism.”

Slavia's Kudela has insisted he's no racist and claimed he only covered his mouth because he always does that when he speaks on the pitch.

While team-mate Premysl Kovar has denied confirming the abuse aimed at Kamara in an audio clip and insisted the recording was to describe the situation at Ibrox.

He said: "I didn't hear that from Ondrej personally and later on he denied it completely and I believe him. Those words are just false accusations on the part of the player.

"So my recording was only to describe the incredible situation."

And Police Scotland confirmed that they are investigating the assault claim after receiving a complaint from the Czech club.

A spokesperson said: "We have received a report of an assault following the match between Rangers and Slavia Prague at Ibrox on Thursday, 18 March, 2021.

"Officers are liaising with both teams and an investigation is underway."