CHRIS EUBANK JR makes his return to British soil after two years out – with hometown underdog Marcus Morrison welcoming him back.

Eubank scored a career-best win over James DeGale in London in February 2019 but a Stateside venture and coronavirus restrictions kept him on the UK shelf. 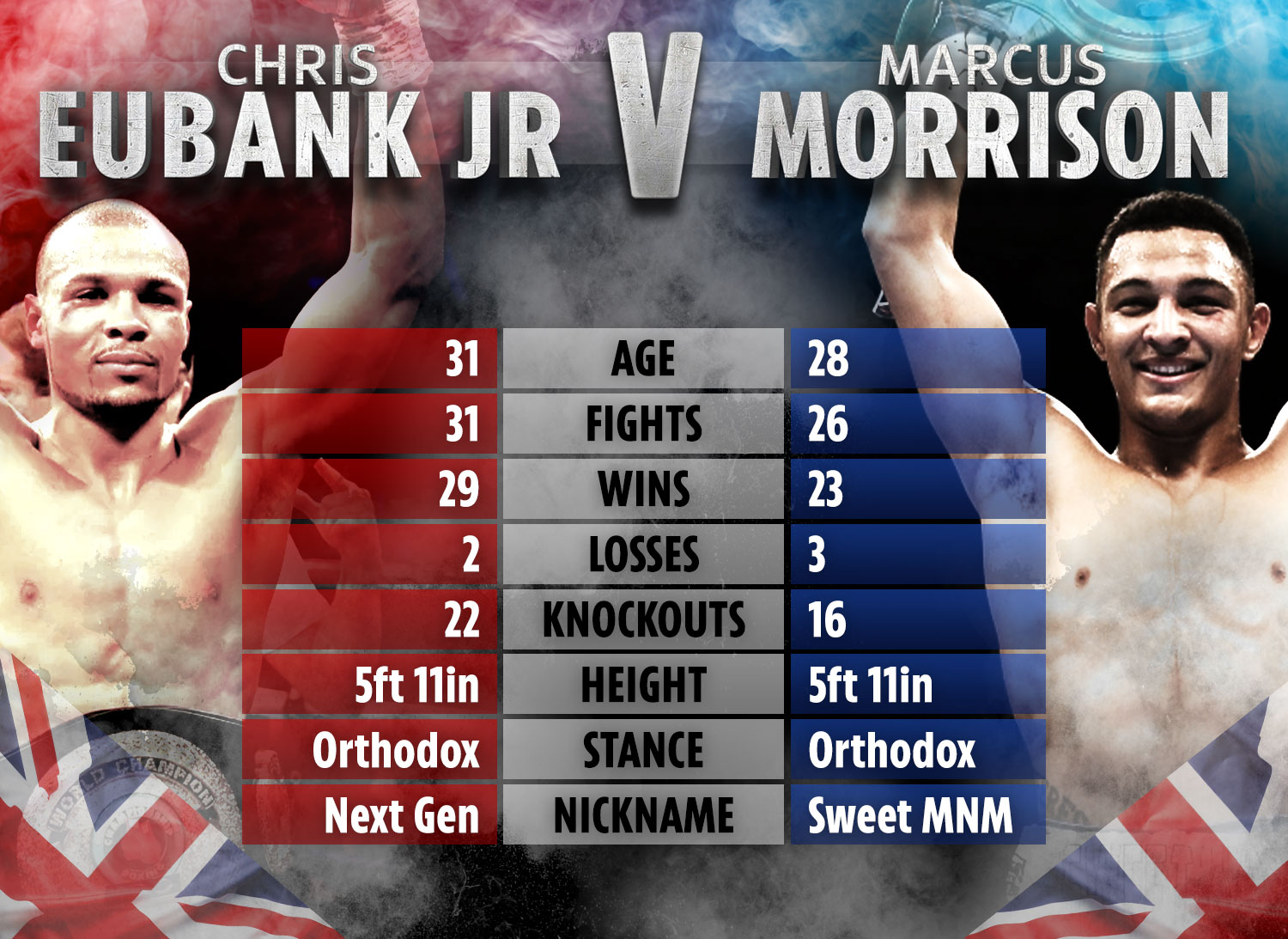 Now, with American legend Roy Jones Jr as his trainer, the middleweight contender is back in business.

But Manchester's own Morrison is the one looking to deny Eubank of further super-fights with Gennady Golovkin or Canelo Alvarez.

Here SunSport compares the two as they prepare to feature on Derek Chisora and Joseph Parker's undercard.

Eubank turned pro in 2011 after only 26 amateur bouts and the weight of the world on his shoulder thanks to his iconic dad, Chris Sr.

But the son of a legend soon made a name for himself in ruthless fashion as he tore through the domestic scene.

It was only in his 19th fight and third year in the sport when he first came unstuck, showing his inexperience against Billy Joe Saunders.

Having never gone 12 rounds before, Eubank started too slow and despite a late fightback, Saunders won on points.

The Brit soon bounced back with eight wins until he was again beaten, this time outpointed by George Groves. 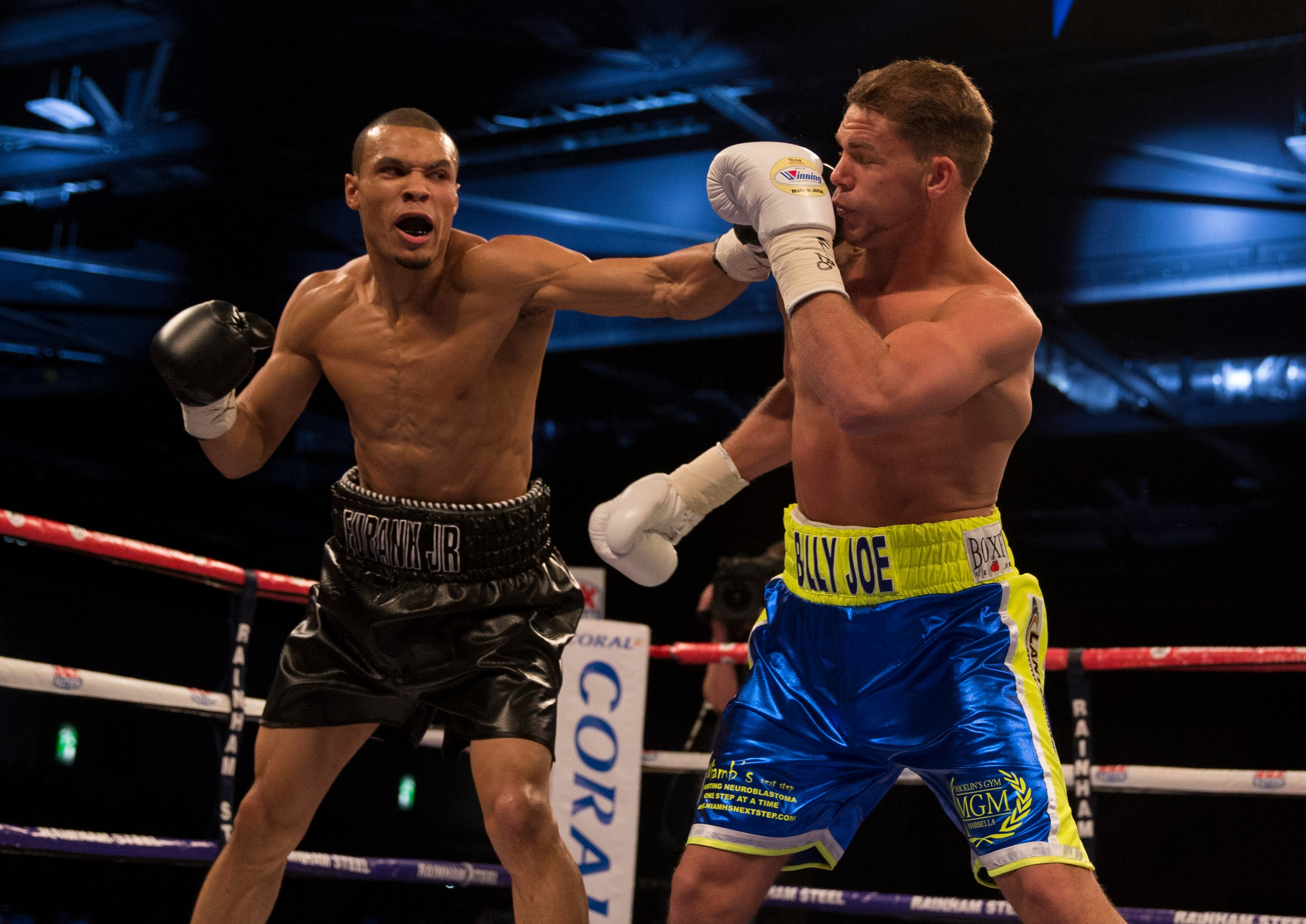 Eubank's speed, aggression and excitement was never questioned, but his ring IQ and boxing smarts were.

That was until he sent old rival James DeGale into retirement in 2019, showing a more educated jab and game plan in the process.

Now coming down from super-middleweight, Eubank has promised to rely less on aggression and more on precision.

Under Jones, if he can mix in his undeniable speed and punch out-put with a more measured approach, a world title is well within his grasp.

But before he can think about the bright lights of GGG and Canelo, he has to first get past the potential banana skin of Morrison. 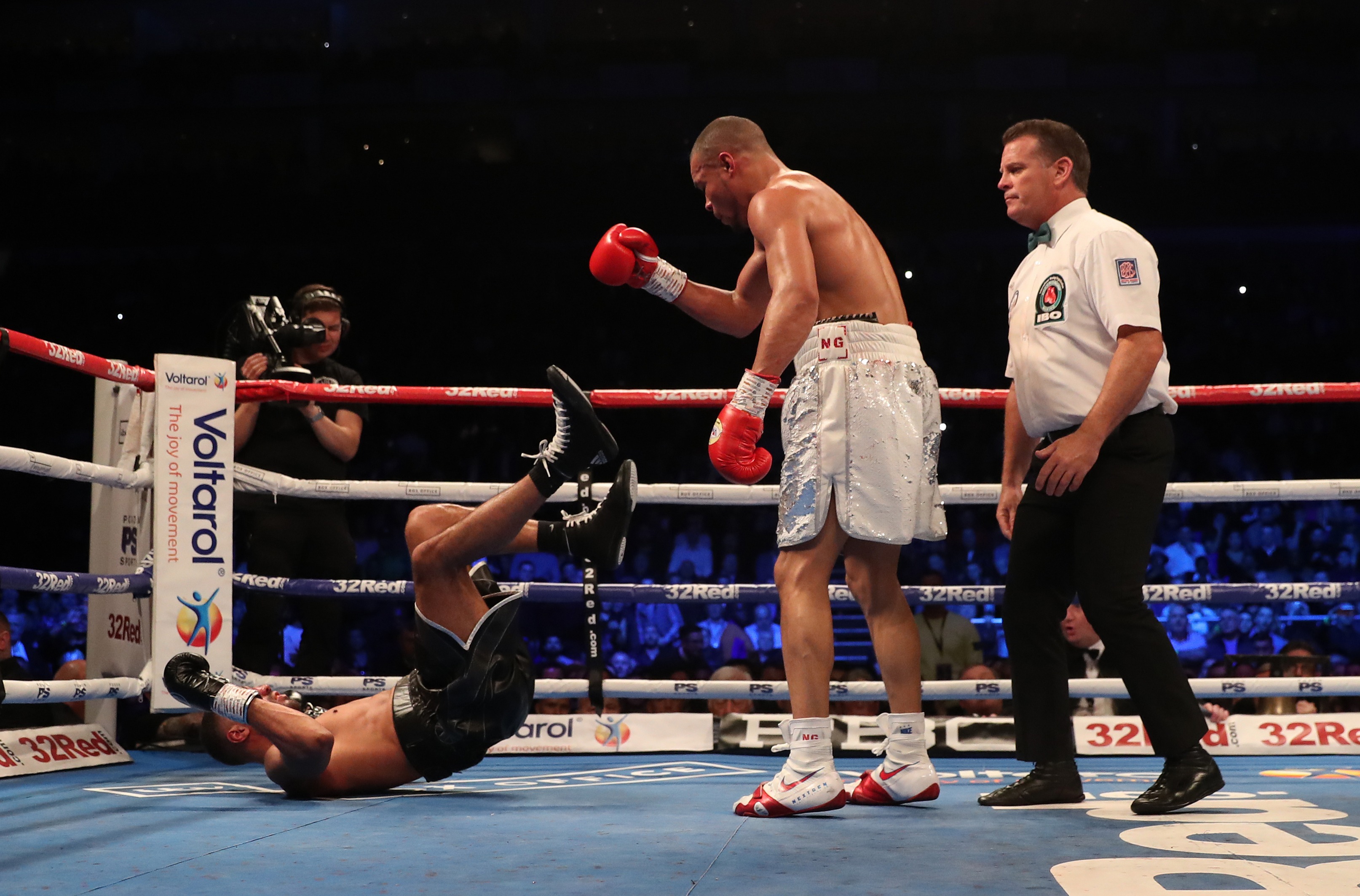 Morrison began boxing at the age of five but his career looked destined for the football pitch as he learned his trade in Man City's academy.

But aged 16, he went through the heartbreak of being told he was 'too small' for the side, as City released the local lad.

Morrison then focussed all his efforts on boxing and in 2014 he turned pro, winning his first 14 fights.

He was first beaten in 2017 against future world title challenger Jason Welborn.

But it was Morrison's next fight which caused disaster as he was defeated by Tyan Booth to lose twice on the spin.

The former footballer has since turned his fortunes around with nine wins in his last 10 bouts.

It included a knockout of the year contender against Emanuele Blandamura in July 2019.

Eubank has the advantage in speed and momentum, but with 16 KOs in 23 wins, Morrison has the power to cause an upset. 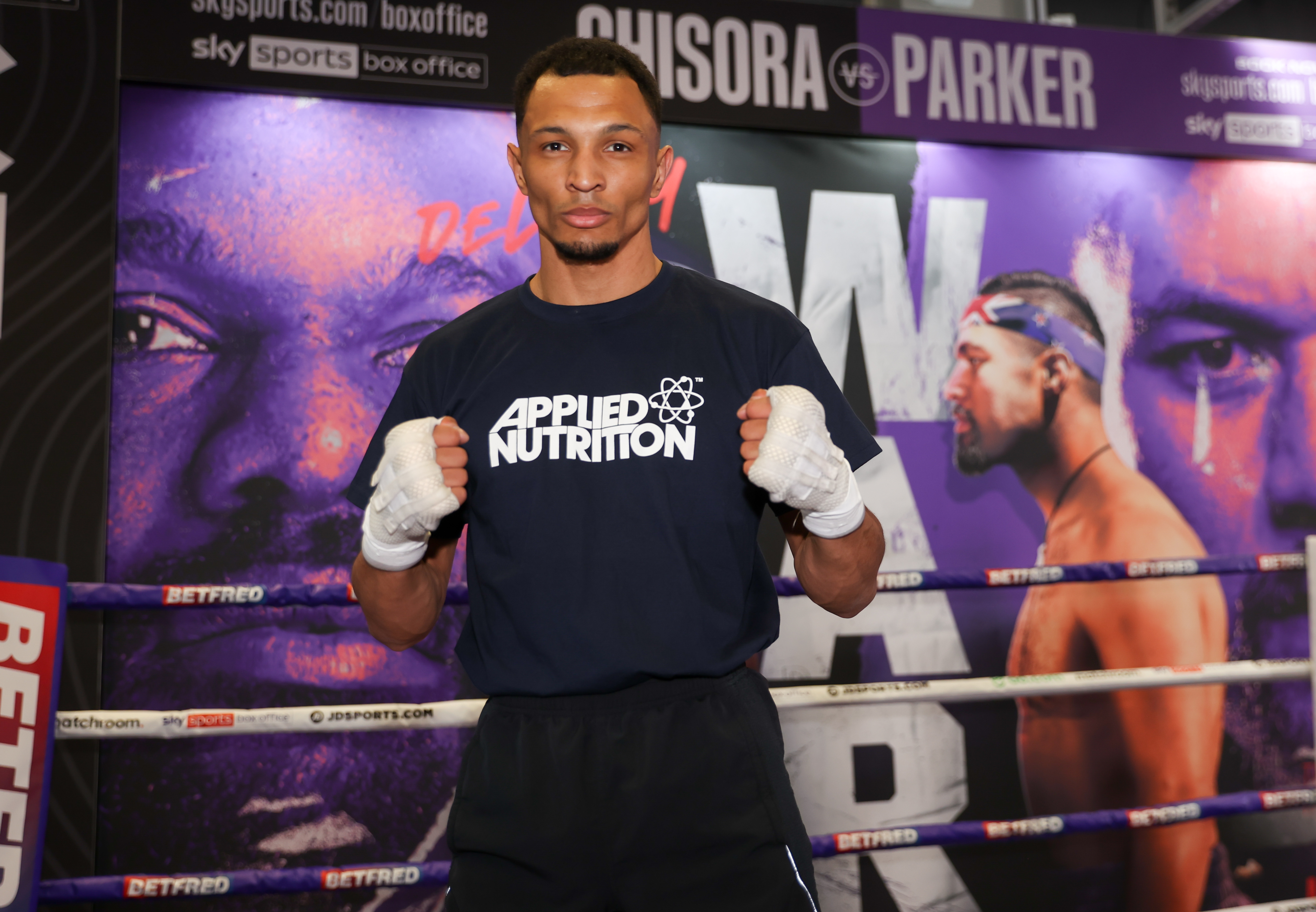