CHELSEA suffered a Europa League Final injury blow to Ruben Loftus-Cheek as they cruised to victory over New England Revolution.

The midfielder looks set to be ruled out of the showdown with Arsenal in May 29 after he hobbled off this morning at the Gillette Stadium. 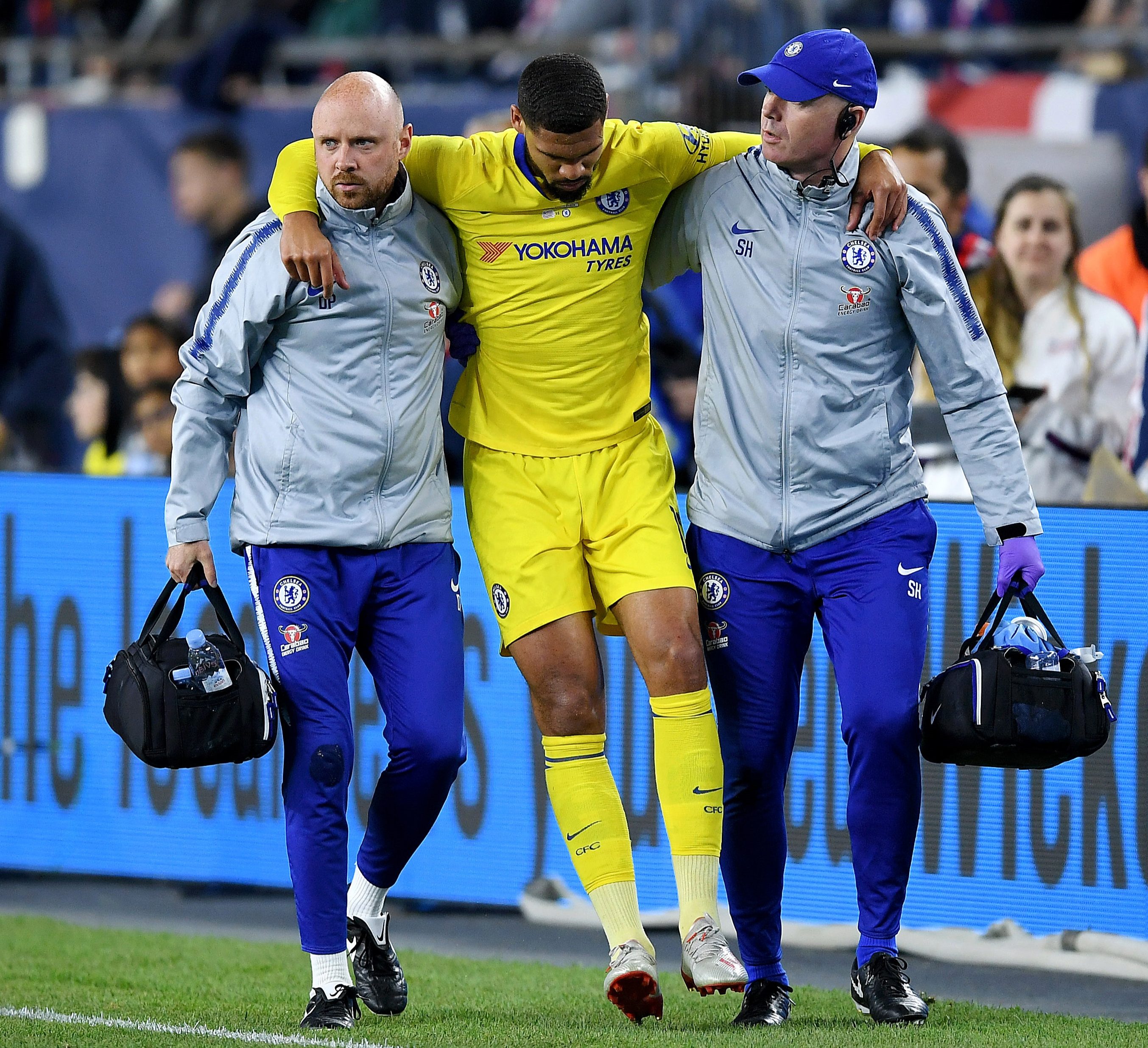 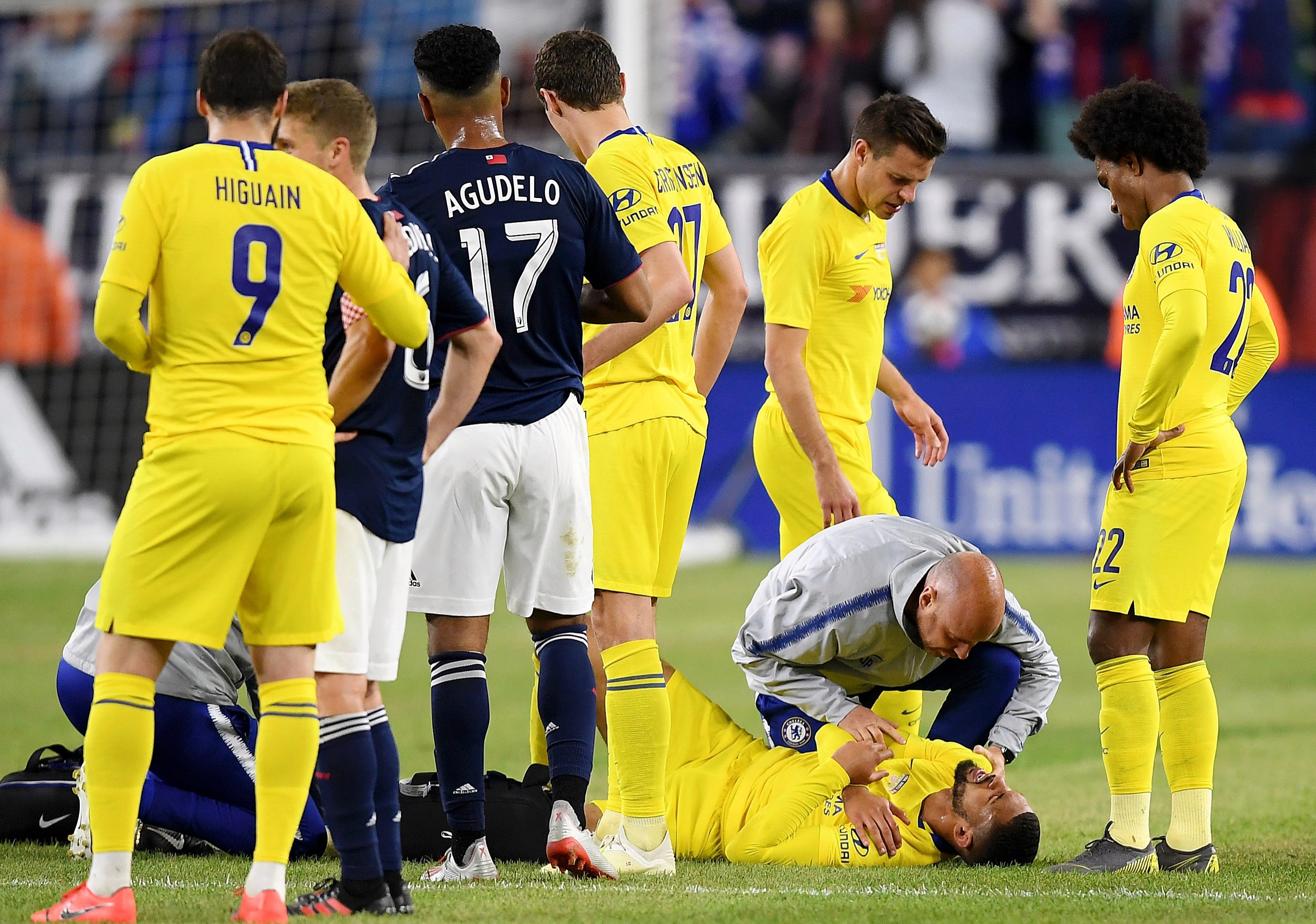 Ross Barkley stoke the show in Boston, grabbing two goals with Olivier Giroud netting the other to secure a 3-0 win in the friendly match.

But it was the injury to Loftus-Cheek that will leave boss Maurizio Sarri with the biggest headache from the trip to the States.

It was just after the hour mark when the England international slumped to the turf in pain.

He appeared to catch his foot on the dodgy pitch and caught it at an awkward angle, ultimately leading to him being helped off by Chelsea’s physios.

Loftus-Cheek was later spotted leaving the stadium on crutches while wearing a protective boot.

And that will cause huge concern with less than a fortnight until the clash with the Gunners in Azerbaijan.

Eden Hazard, who looks set to join Real Madrid this summer, and Giroud led the attack against Revolution.

Kepa was in goal while Mateo Kovacic and Andreas Christensen were also named in a strong side for the exhibition game.

Barkley got Chelsea off to a flyer with a cool finish from inside the area just three minutes in.

Then it was Giroud’s turn to get on the scoresheet as he doubled the advantage with a diving header on the half hour mark.

Barkley added the third in the 62nd-minute, but the celebrations were short lived as Loftus-Cheek, on as a half-time sub, dropped to the ground just moments after play resumed.

Youngster Conor Gallagher replaced him while Reece James and Trevoh Chalobah, who have both just returned from loan spells in the Championship at Wigan and Ipswich respectively, were also given run-outs for the closing stages.
Loftus-Cheek's injury will also come as a bitter blow to Gareth Southgate.

The England boss names his squad today for next month's Nations League, with the Blues star expected to be included. 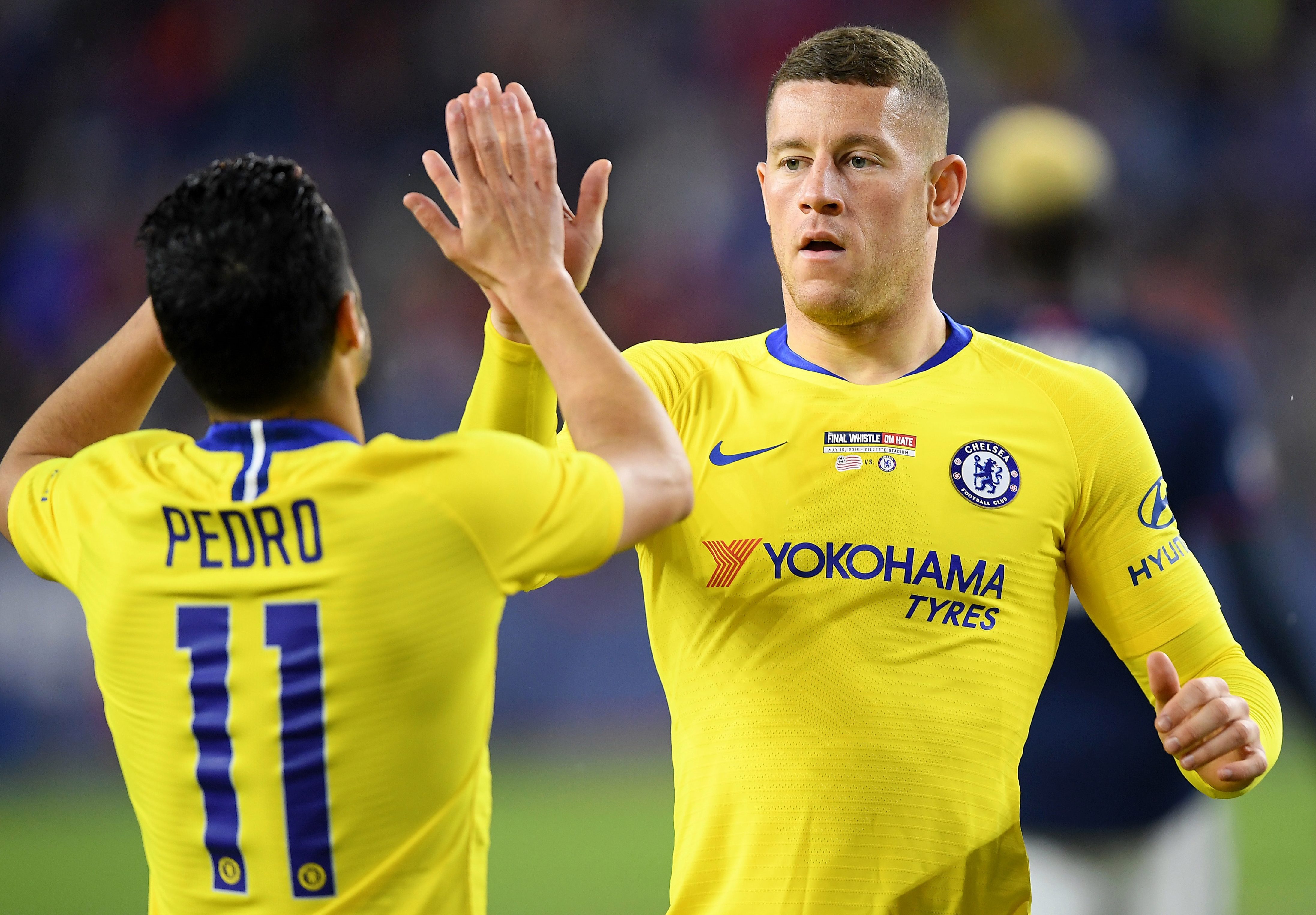 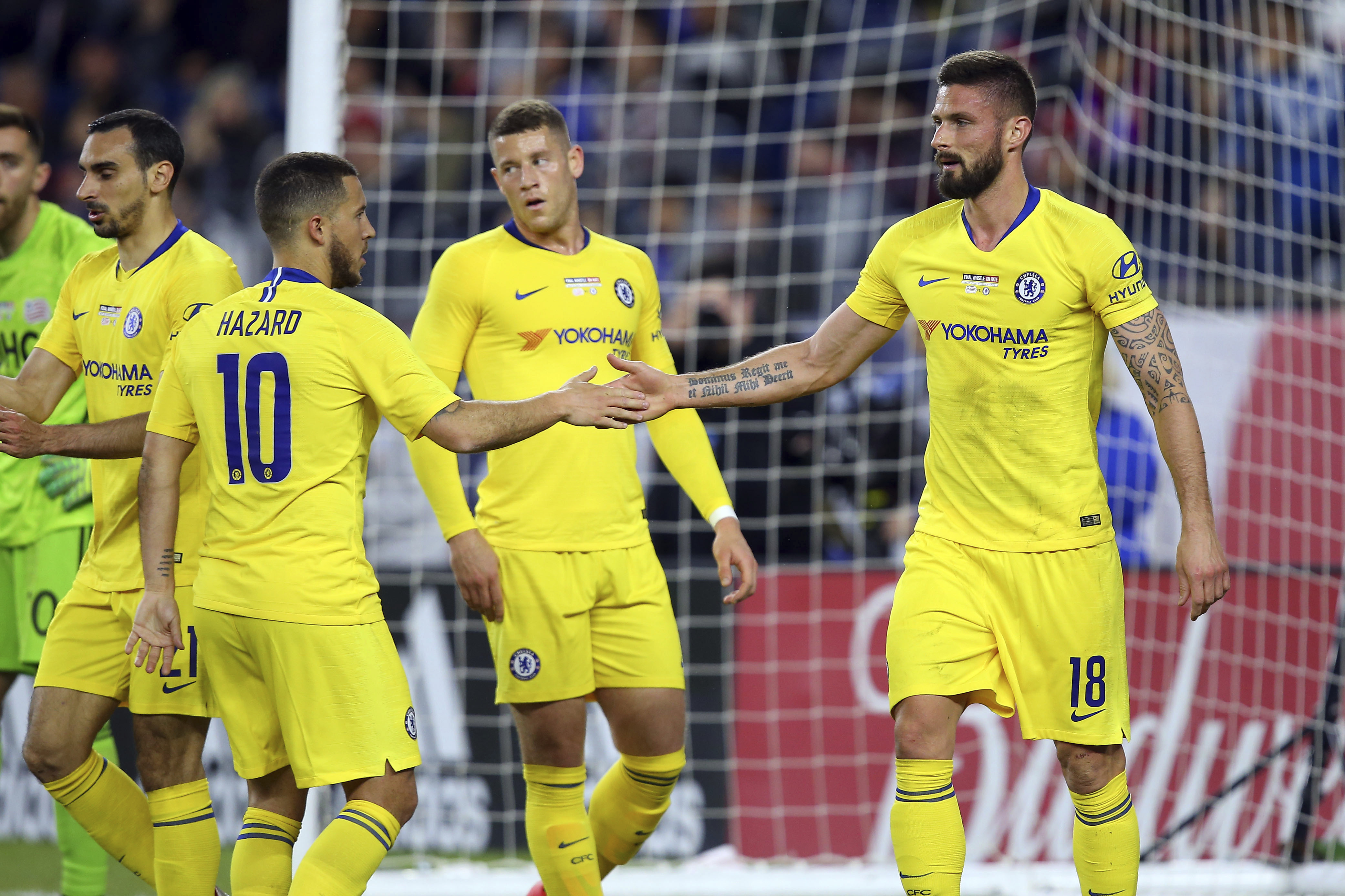