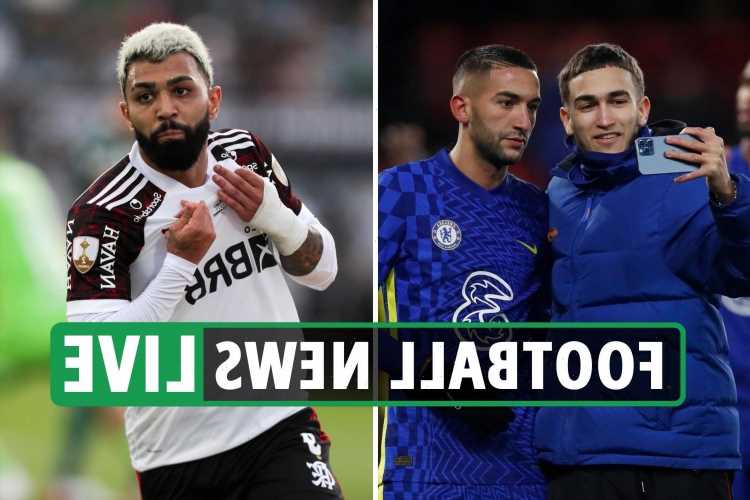 CHELSEA remain top of the Premier League after a hard-fought 2-1 win over Watford at Vicarage Road.

But there were worrying scenes from the terraces early in the contest with the match suspended for 35 minutes while a supporter was given CPR.

In the Merseyside derby, Jurgen Klopp's side showed no mercy on out-of-form Everton as Liverpool romped to a 4-1 victory over their big rivals.

And the agent of Flamengo striker Gabriel Barbosa has shot down rumours linking the Brazilian to the Premier League.

Arsenal have been linked with the 25-year-old, but the star striker is said to 'very happy' in Brazil.

Get all the latest football news, updates and transfer gossip below…