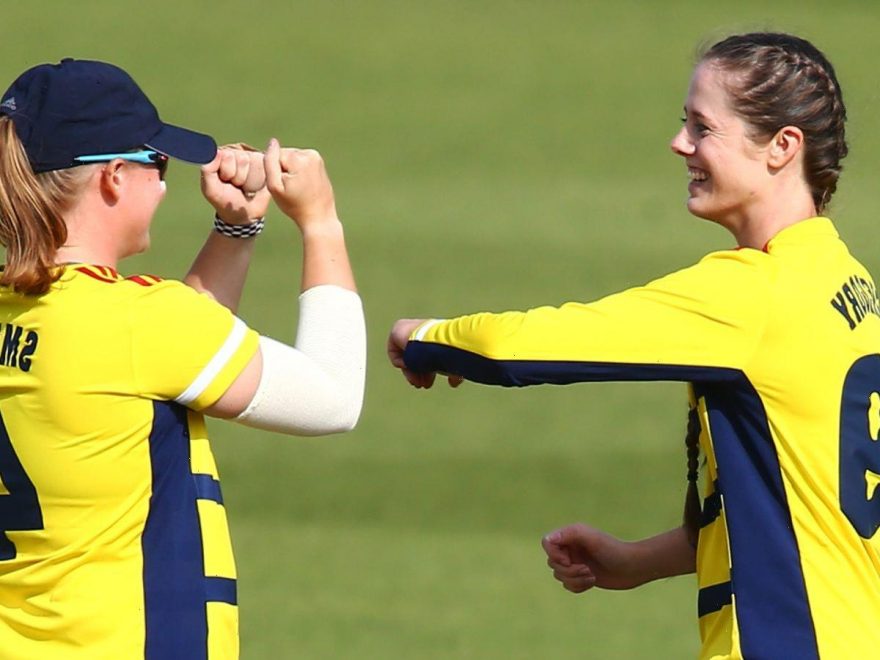 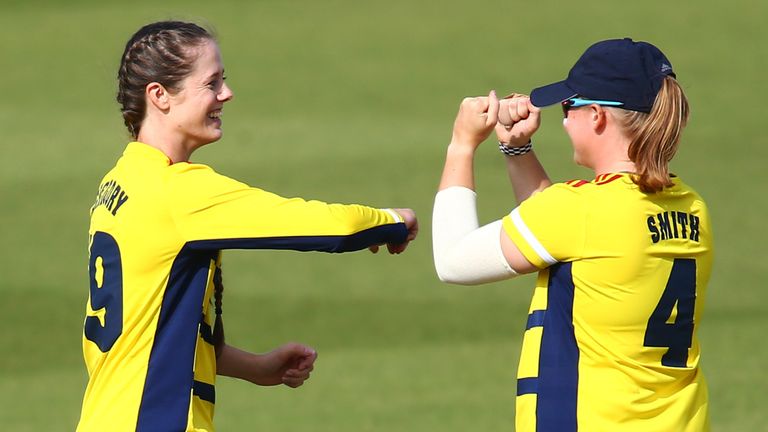 South East Stars have qualified directly for the Charlotte Edwards Cup final after a dominant 26-run win over Central Sparks.

Stars were missing prodigy Alice Capsey through injury, but her replacement 19-year-old Chloe Brewer – playing her first regional match of the season – pummelled 41 from 33 balls.

Eve Jones led from the front in Sparks’ run-chase with 76 from 68 balls, but by the time she was stumped in the 19th over, the result was a formality and the Stars advance to the final on September 5.

Paige Scholfield top-scored with an unbeaten 41 from 36 balls, sending her side through when she drove Grace Ballinger past extra cover to run a single off the last delivery, having arrived at the final over needing nine to win chasing 125.

Vipers – coached by Charlotte Edwards – clinched second place in Group A behind South East Stars, who claim a direct route to the final as the group winner with the best record.

Vipers’ 19 points takes them to Finals Day at the Ageas Bowl with the best record of the second-placed sides in the two groups.

Northern Diamonds will face the Vipers for the right to play the Stars in the final after a stunning bowling performance from the evergreen Jenny Gunn saw them ease their way to victory over rivals Thunder. Thunder vs Northern Diamonds

Gunn, 35, rolled back the years in taking 4-15 for the Diamonds as the hosts were restricted to 90-9 from their 20 overs with the modest target never looking enough to prevent a win for the visitors. 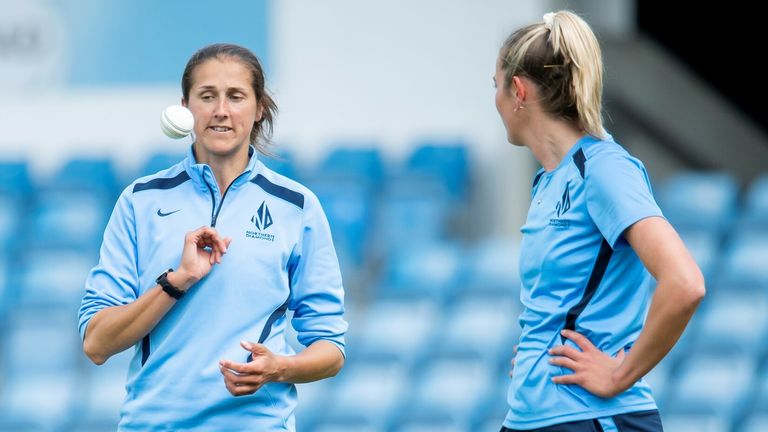 Bess Heath (58no from 40) led the way for the Diamonds in the chase as they cruised to victory in 12.2 overs to secure qualification for the Finals Day.

Sunrisers pushed them all the way with useful contributions throughout the order but came up just short with wrist-spinner Nicole Harvey taking 3-17 for the Storm.