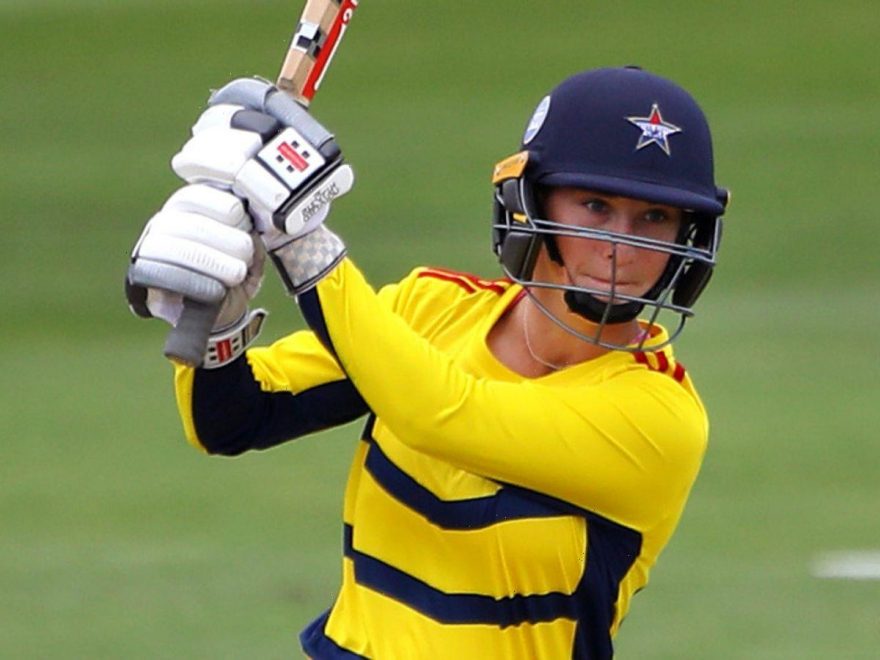 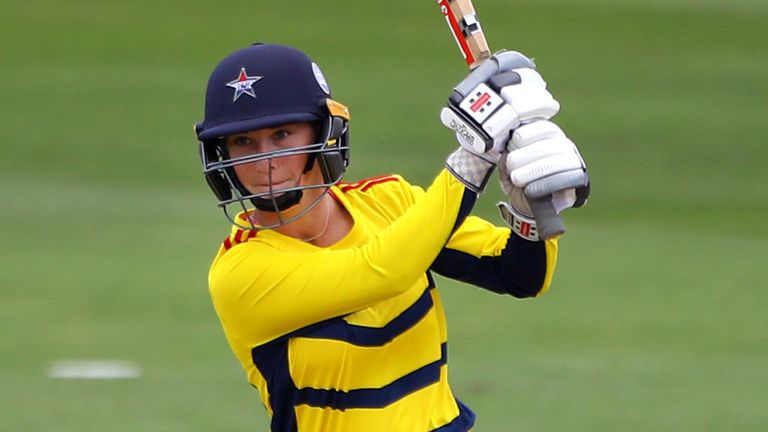 Seventeen-year-old Alice Capsey starred with bat and ball as South East Stars beat Southern Vipers by 20 runs in the Charlotte Edwards Cup clash at The Ageas Bowl to move top of Group A.

Capsey – who impressed for Oval Invincibles as they won the inaugural edition of The Hundred – struck eight fours in a 46-ball 61 as Stars posted 167-4 from their 20 overs against a Vipers attack shorn of seamer Lauren Bell, who is isolating after close contact with a Covid-positive case.

Capsey (2-9) then dismissed Vipers openers Georgia Adams (8) and Tara Norris (4) in the third over of the chase as the hosts slipped to 13-2, which became 56-5 inside 10 overs. Vipers vs Stars scorecard

Capsey was the Stars’ key performer, although Bryony Smith (42 off 25), Aylish Cranstone (17 off 11) and Phoebe Franklin (30 off 29) also contributed with the bat in Southampton.

Stars are two points clear of Vipers, who in turn are three clear of Central Sparks, who inflicted a fifth consecutive defeat on rock-bottom Lightning with a penultimate-ball, four-wicket win at New Road in Worcester.

Sparks opener Eve Jones continued the form she showed with Birmingham Phoenix in The Hundred by scoring 71 from 55 balls, including seven fours and three sixes. Sparks vs Lightning scorecard

Sparks required 10 runs from 12 balls with six wickets in hand but then lost Jones and Emily Arlott to successive deliveries at the end of Sonia Odedra’s four-run 19th over.

That left six runs required from the last and after Chole Hill and Issy Wong picked up two singles apiece off Grace Ballinger, Wong struck the penultimate ball for the match-winning four.

Storm recovered from 14-3 to reach their target of 111 in 19.3 overs as skipper Sophie Luff struck an unbeaten 64 from 54 deliveries in Durham. Diamonds vs Storm scorecard

Diamonds – now one point behind Storm in second – had earlier been limited to 110-9, with Alex MacDonald (22) the highest-scoring batter in an innings featuring two run outs.

Next stop, a trip to Cambridge to take on @Sunriserscrick in a must-win T20 on Monday! #Stormtroopers 🌪🌪 pic.twitter.com/im6j9TYNGZ

Thunder are one point and one place behind Diamonds in third after playing out a thrilling tie with a Sunrisers side who can no longer qualify for next Sunday’s Finals Day. Sunrisers vs Thunder scorecard

Sunrisers looked well on course to overhaul Thunder’s 124-5 when they needed just nine runs from the last two overs – only for Kate Cross and Hannah Jones to produce some excellent death bowling.

Cross conceded just four runs from the 19th and also dismissed Cordelia Griffith for 63 from 51 balls, while Jones also shipped only four from a 20th over which included the wicket of Florence Miller.

Jo Gardner was only able to score one run off the final ball as Sunrisers finished on 124-4.

The group stage concludes on Bank Holiday Monday with the best group winner then advancing straight to the final and the other group winner and the best second-placed side reaching the semi-final.