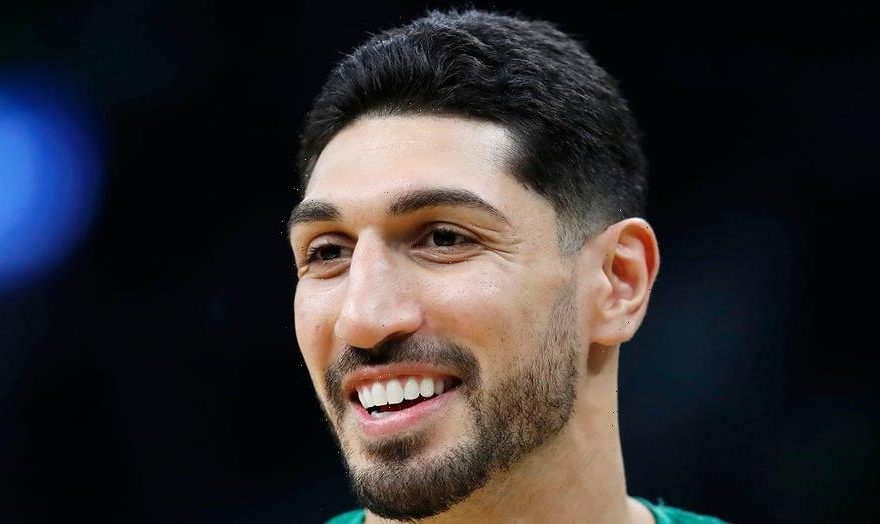 Enes Freedom will now be linked forever to a word he says he fought for his entire life.

The Boston Celtics center changed his name from Enes Kanter to Enes Kanter Freedom in celebration of him officially becoming a United States citizen on Monday.

He said Tuesday that taking the citizenship oath was “maybe the most unforgettable moment that I had in my life.”

Kanter, 29, is a native of Turkey who has been an outspoken critic of President Recep Tayyip Erdoğan and the Turkish government.

The 2011 first-round draft pick has also taken to social media to support Tibetan independence and criticize Chinese treatment of the Uyghur people. During games, he has worn shoes decorated to say “Free Tibet” and argued for a boycott of the 2022 Beijing Olympics.

He first got a U.S. green card while he was with the Oklahoma City Thunder in 2015. He has been trying to become a citizen ever since.

“It’s been very rough, obviously, because the Turkish government put my name on Interpol (watch) lists, and they revoked my passport,” Freedom said. “But it’s finally happened. I have been waiting on this moment since the day I stepped in America.”

He said the inspiration for his name change has roots in the first trip he made to the U.S. in 2009. He was with his teammates when one of them began criticizing former President Barack Obama.

“I was very scared (for) him, I turned around and was like: ‘Dude, what are you doing? They’re gonna throw you in jail.’ He turned around and started laughing at me. He’s like, ‘Brother, don’t worry about it, this is not Turkey,’” Freedom said. “In America people are very blessed to be in this situation, to have freedom of speech, freedom of religion, freedom of expression, freedom of press. … People in Turkey, there are so many political prisoners and so many journalists are in a jail right now.

“Here I wanted to make that word part of me.”

He said the support of his teammates has given him motivation to speak out for causes he believes in, such as human rights violations in China and around the world. He also said he had a conversation with NBA Commissioner Adam Silver before the season to ensure his actions wouldn’t be an issue.

“I always try to stand up for the freedom, for the truth and for democracy. It doesn’t matter who it’s for or against,” Freedom said. “I told Adam, ‘Am I breaking any rules?’ He said no. I told him, if there are any rules that I’m breaking, let me know. I’ll be the first one to follow. He said, ‘No, you’re not violating any rules.’ He’s like, ‘Listen, you have the freedom to say whatever you want.’”