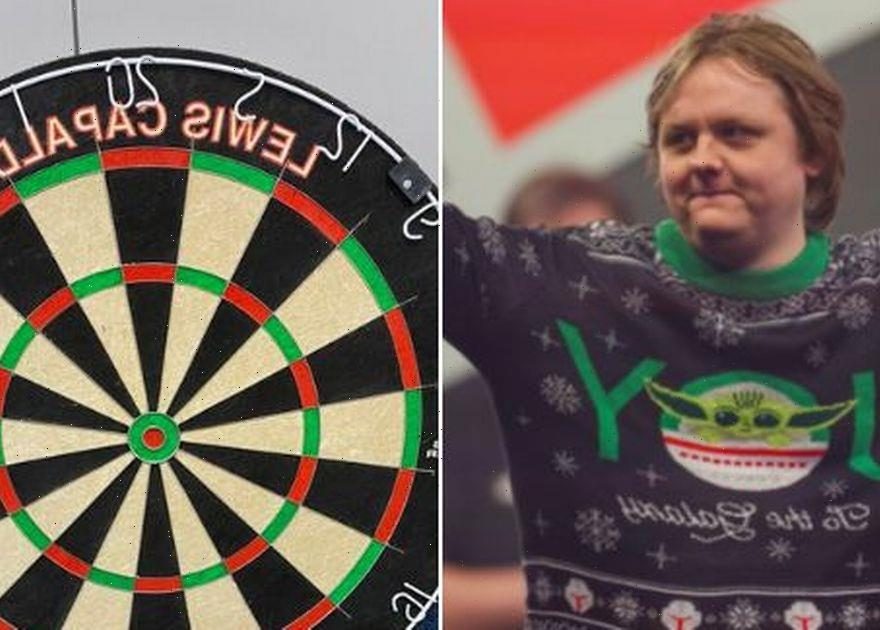 Lewis Capaldi is set to ‘miss out’ on his own personalised dartboard, which is now set to go to a fan of the pop star’s favourite player instead.

The singer-songwriter made an impromptu appearance at the World Darts Championship at Alexandra Palace in December, winning a nine-dart challenge.

Capaldi celebrated by briefly showing his belly as he ripped off his Christmas jumper and threw it in the crowd. After telling Sky Sports it was the most fun he’d had “with his trousers on”, Capaldi also waxed lyrical about Scottish darts hero Alan Soutar.

READ MORE: Lewis Capaldi says darts cameo is the 'most fun I've had this year with my trousers on'

“This tournament I'm all about Alan Soutar,” said Capaldi. “Alan Soutar, we love you brother you captured the hearts and minds of Scotland last year.”

In return for his support, Soutar had a personalised dartboard made for him by Mission Darts. The board had Capaldi’s name at the top and the name of one of his hits, Pointless, at the bottom.

However, Misson Darts have tweeted to say, as Capaldi “has not been in touch to collect” the board, a fan who retweets the message with the name of Capaldi’s favourite player will be selected to receive it instead.

Who is your favourite darts player and why? Have your say in the comments section below As expected, hundreds of fans replied stating Soutar as Capaldi’s favourite player. One said: “It is of course @soots180! And if I win @LewisCapaldi you can pop round for a throw.”

Soutar’s own popularity is on the rise thanks to both his darts and his work away from the oche, as he is a firefighter and guide dog trainer.