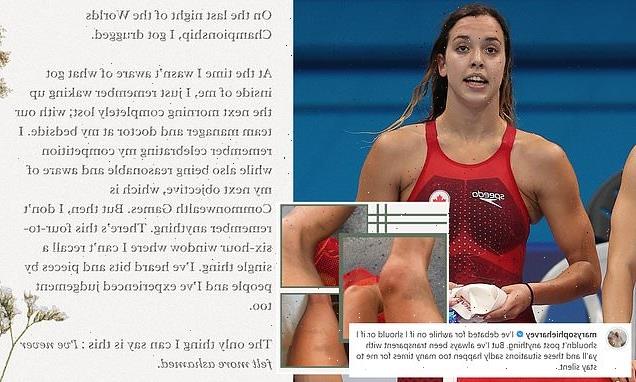 Canadian swimmer Mary-Sophie Harvey claims she was DRUGGED at the World Championships in Budapest after waking up with no memory of the previous SIX HOURS, a sprained rib and concussion following bronze in the team relay

Canadian swimmer Mary-Sophie Harvey has claimed she was drugged during the final night of the World Championships in Budapest last month.

The Tokyo Olympian said she woke up ‘completely lost’ with her team manager and doctor at her side attending to her, with no recollection of a four-to-six-hour window.

The 22-year-old discovered ‘dozens of bruises’ on her body after travelling home the next day and said she was compelled to share her experience as ‘these situations sadly happen too many times.’

Harvey – who woke up with a rib sprain and a concussion – said she ‘never felt more ashamed’ about what happened in Budapest but insisted she would not let this event ‘define’ her.

Taking to her social media channels on Wednesday evening, Harvey said: ‘I’ve debated for a while if I should or if I shouldn’t post anything. But I’ve always been transparent with ya’ll and these situations sadly happen too many times for me to stay silent.’

She went on to say: ‘On the last night of the Worlds Championship, I got drugged. At the time I wasn’t aware of what got inside of me, I just remember waking up the next morning completely lost; with our team manager and doctor at my bedside. 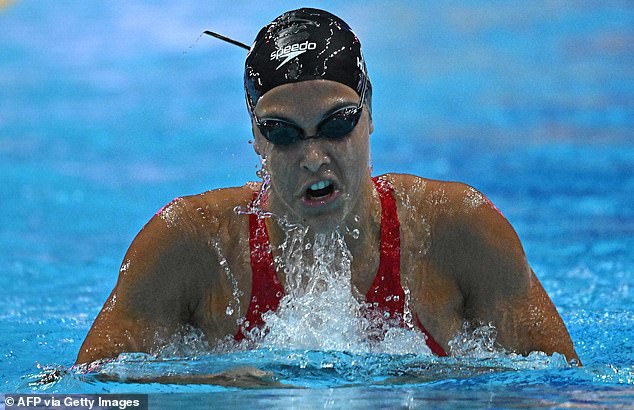 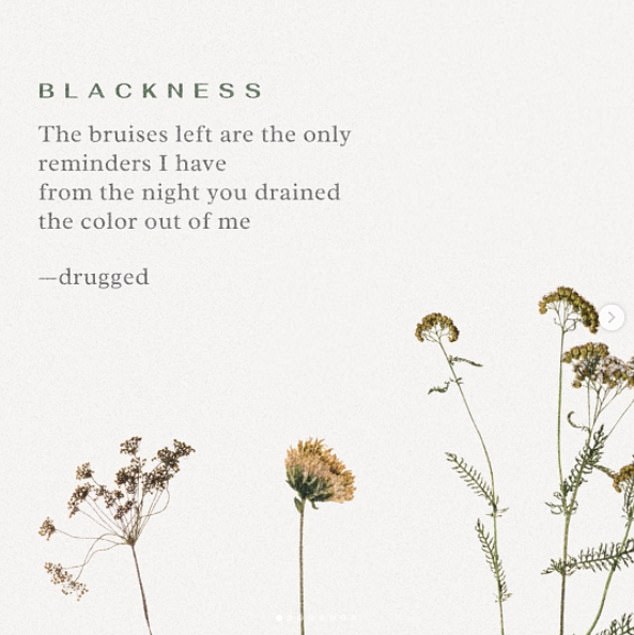 ‘I remember celebrating my competition while also being reasonable and aware of my next objective, which is the Commonwealth Games. But then, I don’t remember anything.

‘There’s this four-to-six-hour window where I can’t recall a single thing. I’ve heard bits and pieces by people and I’ve experienced judgement too. The only thing I can say is this: I’ve never felt more ashamed.

‘The next day, I travelled back home and had dinner with my family. I remember my mum saying ‘you seem different’. Little did she know, I felt that way too. 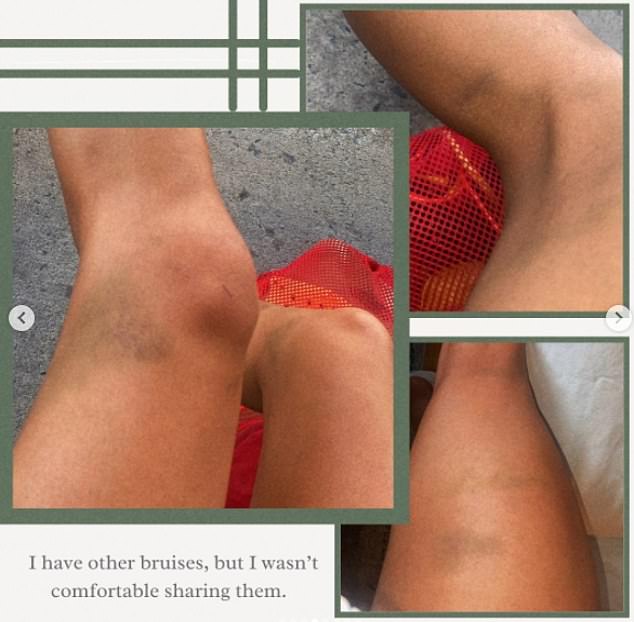 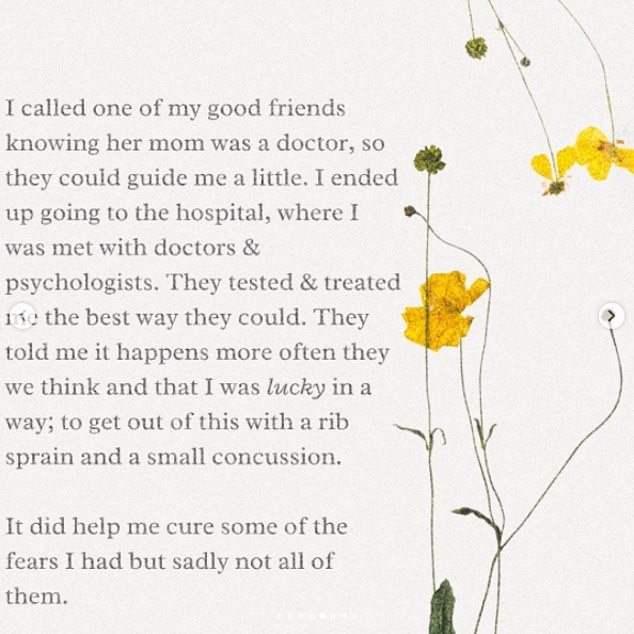 ‘It felt like the body I was in, wasn’t mine (it still feels this way). I got home and found a dozen bruises on my body. Some of my friends told me afterwards that they had to carry me while I was unconscious and it probably explained why.

‘It didn’t make me feel any better.

‘I called one of my good friends knowing her mum was a doctor, so they could guide me a little. I ended up going to the hospital, where I was met with doctors and psychologists.

‘They tested and treated me the best way they could. They told me it happens more often than we think and that I was lucky in a way; to get out of this with a rib sprain and a small concussion. 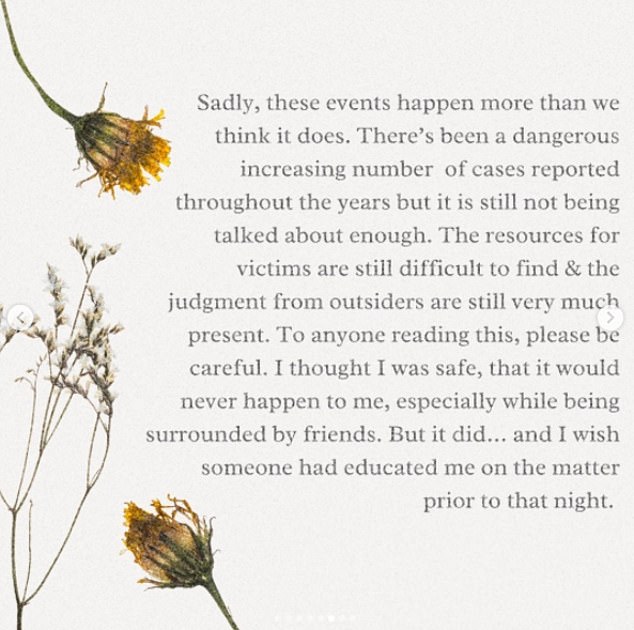 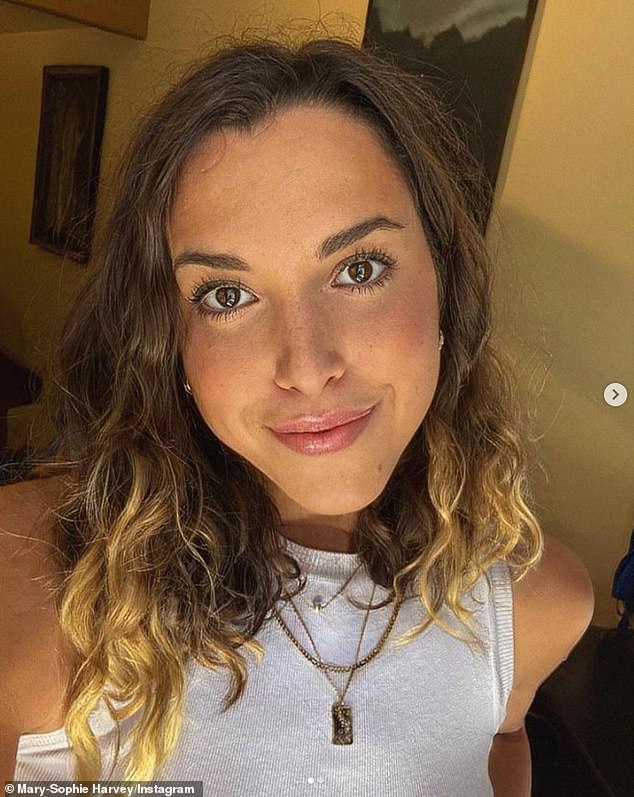 ‘It did help me cure some of the fears I had but sadly not all of them.

‘Sadly, these events happen more than we think it does. There’s been a dangerous increasing number of cases reported throughout the years but it is still not being talked about enough.

‘The resources for victims are still difficult to find and the judgement from outsiders are still very much present. To anyone reading this, please be careful. I thought I was safe, that it would never happen to me, especially while being surrounded by friends. But it did… and I wish someone had educated me on the matter prior to that night.

‘I’m still scared to think about the unknowns of that night. I’m still trying to find the ‘happy Mary’ that found happiness prior to this event. I’m still in a way, ashamed of what happened, and I think I always will be… but I won’t let this event define me. 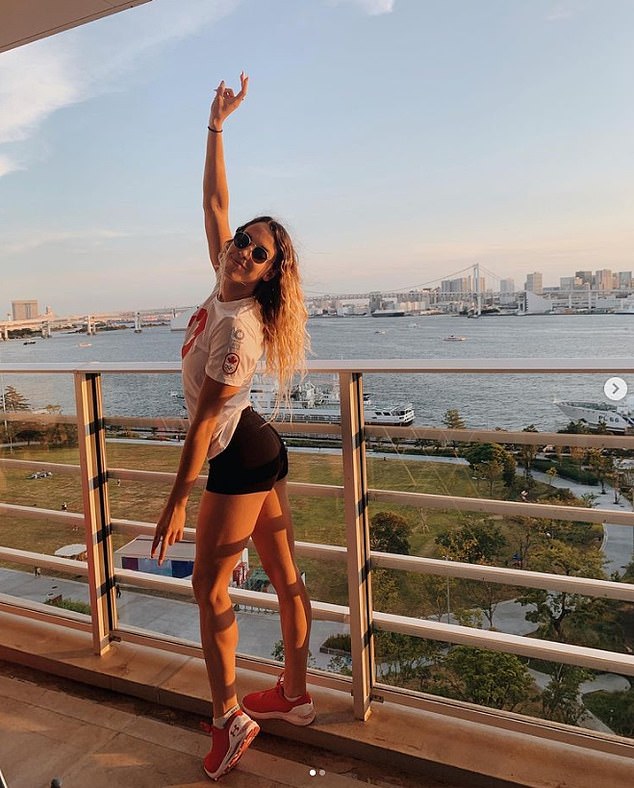 However, the 22-year-old Tokyo Olympian (above) insists she will not let this event ‘define her’ 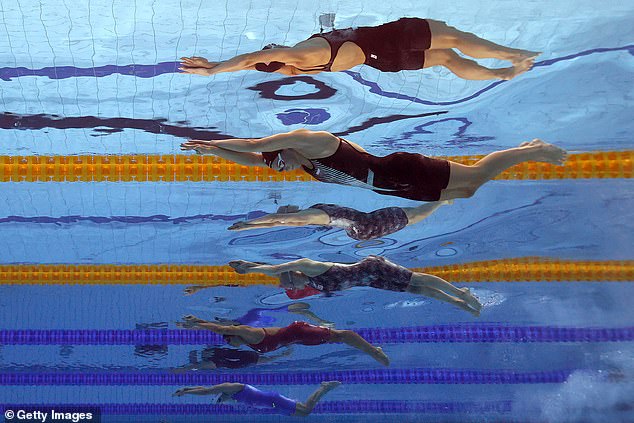 ‘Thank you to the people that helped me while I was vulnerable for those who’ve reached out since then. I apologise to anyone that has been trying to contact me or see me, but felt something was off.

‘I’m still learning to cope with everything and find myself again. Thank you for understanding. Mary’

She collected bronze in Budapest as part of Canada’s 4x200metres relay team at the swimming World Championships, which ended on June 25.

In a statement sent to Sportsmail, FINA said it would investigate the claims from the Canadian.

‘FINA is aware of the distressing media reports regarding Mary-Sophie Harvey and FINA is deeply concerned about her well-being,’ a FINA spokesperson said.

‘We are in contact with Swimming Canada and the Local Organising Committee. In 2021, FINA adopted widespread measures aimed at safeguarding athletes and an Independent Investigation Officer will be assigned to investigate the matter further.’