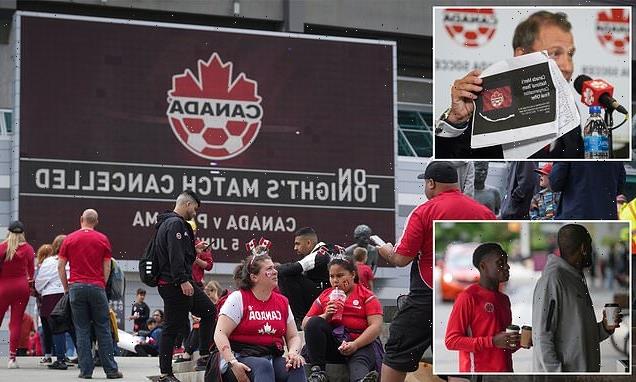 Canada’s World Cup-bound men’s team go on STRIKE, forcing their friendly against Panama to be called off, as Alphonso Davies and Co claim they’ve been ‘disrespected’ in a row over pay for them AND the women’s team

Canada’s men’s football team refused to play a match on Sunday against Panama amid strained labour negotiations with the nation’s governing body, as players seek to level match fees and share World Cup prize money with the women’s team.

The game was called off just two hours before it was set to start at Vancouver’s BC Place. The players also refused to train Friday and Saturday as the team prepares for its first World Cup appearance since 1986.

The team issued a statement Sunday amid heated negotiations with Canada Soccer, which come less than a month after the unions for the American men’s and women’s team reached a landmark agreement with US Soccer for equal pay.

‘It’s time we take a stand for the future of soccer in Canada,’ the statement said.

The men said they want 40 per cent of World Cup prize money, a friends and family travel package and an ‘equitable structure with our women’s national team that shares the same player match fees, percentage of prize money earned at our respective FIFA World Cups and the development of a women’s domestic league.’

‘We want to work together with our organization, but the relationship has been strained for years,’ players said in a statement. ‘And now, Canada Soccer has disrespected our team and jeopardised our efforts to raise the standards and effectively advance the game in Canada.’

Nick Bontis, president of Canada Soccer, apologised to fans who had planned to attend the match Sunday at a news conference on Sunday evening, but also called the players’ demands untenable.

Players said they initiated discussions with Soccer Canada in March, and that the federation gave them ‘an archaic offer’ on June 2. 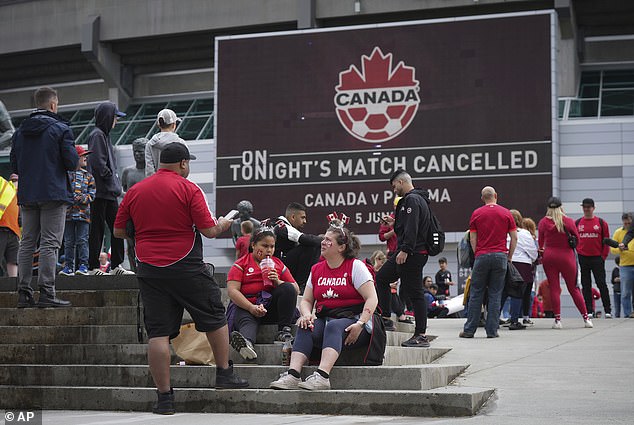 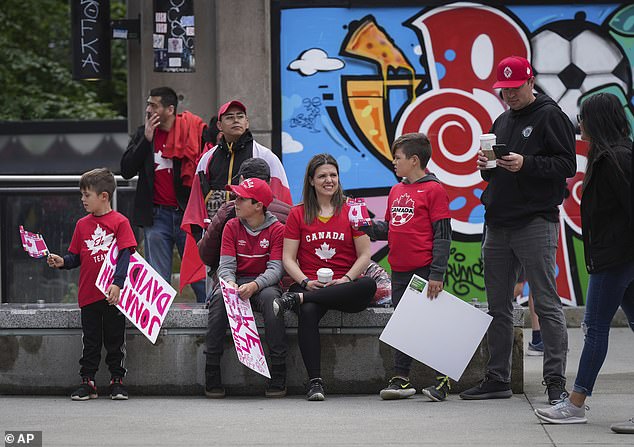 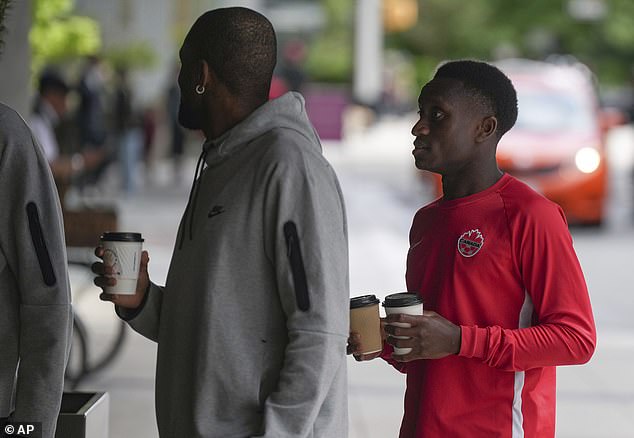 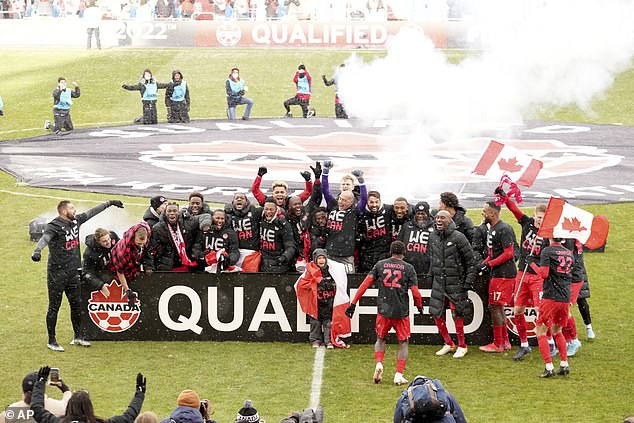 ‘Canada Soccer has been working with the players in good faith to find a path forward that’s fair and equitable to all. We would like to have a facts-based discussion within the fiscal reality that Canada Soccer has to live with every day,’ Bontis countered.

‘Canada Soccer is committed to the principles of fairness and equity and we believe we presented a fair offer to the players. We benchmarked our offer against other national teams from around the world. On the issue of gender equity, raised in the players’ letter, Canada Soccer’s offer also committed to provide the exact same terms to our women’s national team.’

Canada’s women’s team is ranked sixth in the world and won the gold medal last year in the Olympics. The women’s side weighed in on the dispute on Sunday, saying negotiations with the federation have been ongoing since January.

The statement noted that the women do not consider a percentage of World Cup prize money earned by the respective teams as equal pay.

‘The Women’s National Team will not accept an agreement that does not offer equal pay,’ the players said. 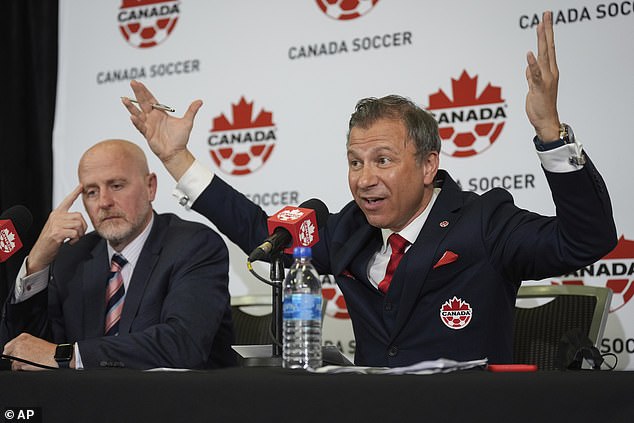 Midfielder Jonathan Osorio, a regular but not in the current squad due to an injury, told The Canadian Press that flights and accommodations have improved since former women’s coach John Herdman became men’s coach in January 2018.

‘I think what the players ask for is fair,’ he told The Canadian Press. ‘We don’t want to be treated any more special than similar teams that we compare ourselves to. We just want to be respected and not taken advantage of and just given our fair share.’

The US men’s team played to a 0-0 draw with Uruguay on Sunday as it also prepares for the World Cup in Qatar starting in November.

‘They’re trying to say, “Hey, we deserve this because we’ve done something that hasn’t been done and we’re the players that are kind of going to be carrying the torch for this country moving forward”,’ said US defender Walker Zimmerman, a leader of the American men’s union. ‘I don’t know the finer details of it, but that’s certainty a strong stance to get their money.’ 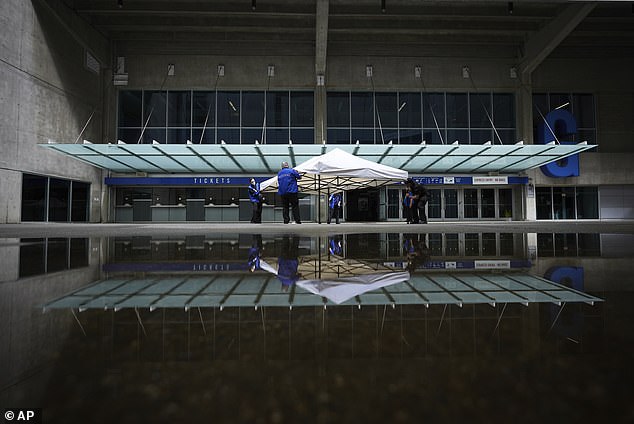 Panama was a late replacement after Canada cancelled a match against Iran following criticism by Canadian Prime Minister Justin Trudeau.

Canada are scheduled to play Curacao in Vancouver on Thursday and then at Honduras on June 13, both in the CONCACAF Nations League.

In the World Cup later this year, their Group F journey in Qatar begins Belgium on November 23, before Croatia four days later and then Morocco on December 1.

FIFA did not respond to a request for comment.