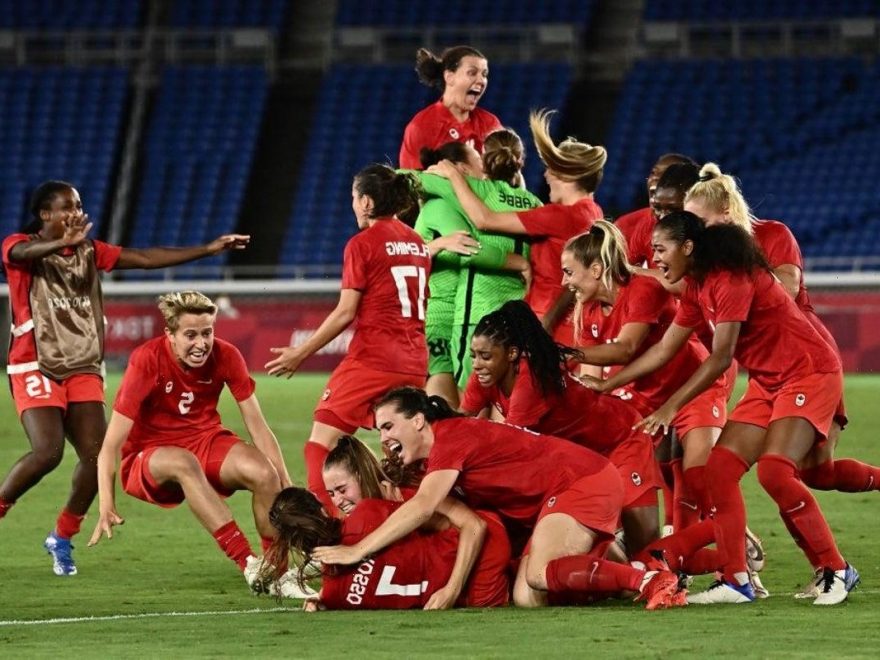 Canada have won the Olympic gold medal in the women’s football, coming from behind to take Sweden to penalties and winning 3-2.

Stina Blackstenius put Sweden ahead in the first half with a swept finish from the centre of the box, before semi-final hero Jessie Fleming repeated her penalty-spot composure from the semis by rolling home the equaliser shortly after the hour mark.

Neither side could find a winner in 90 minutes, sending the final to extra time, and despite several scares inside the penalty box for Canada, the Europeans simply couldn’t find a route to goal and penalties were required to split the teams.

There, a series of fantastic saves took the shootout to sudden death, with Julia Grosso netting the decisive penalty to win gold.

Sweden came into this Olympics determined to improve on their performance in Rio five years ago, where they reached the final but were beaten by Germany. For Canada, even reaching the final was a step forward: they were bronze medallists in London 2012 and again at Rio 2016, but had never reached a final in either Olympics or World Cup.

That national moment of history-making aside, the guarantee of a medal of some description also meant midfielder Quinn would be making Olympic history as the first openly transgender, non-binary athlete to win a podium place at the Games.

The early running suggested Sweden, who had won every match en-route to the final, were determined to continue their show of power and impressive attacking in Japan, with Blackstenius and semi-final goalscorer Fridolina Rolfo both seeing efforts fly off-target.

Canada’s most dangerous outlet was Janine Beckie and her runs into the channels, but counter-attacking chances in numbers were few and far between in the opening stages.

The North Americans gradually grew into the game and captain Christine Sinclair almost fashioned a few openings with runs from deep – but just after their best period in the game, Canada were behind. After possession was lost in midfield, a low ball in from the right was met by Blackstenius and her first-time finish crept between the legs of a defender and past the outstretched hand of Stephanie Labbe, putting Sweden ahead.

A strong spell before the break could have seen the Europeans extend their lead, Kosovare Asllani’s set-pieces in particular proving problematic, but after half time the changes made by Canada’s British head coach Bev Priestman quickly took effect.

Deanne Rose, a 22-year-old forward who has just signed for Reading in England’s WSL, was a constant thorn in Sweden’s backline, dribbling at pace and turning her marker with great consistency to provide Canada with a reliable outlet.

Somewhat predictably, though, it was Sinclair, who has surpassed the 300-cap mark for Canada during the Olympics, who got her team back into the game – a smart turn in the penalty box drawing a foul which was not initially spotted, but given after a VAR review and pitchside monitor check.

The nerveless Fleming buried her penalty to level matters and, despite both teams having openings during what remained of the 90 minutes, extra time looked increasingly inevitable. 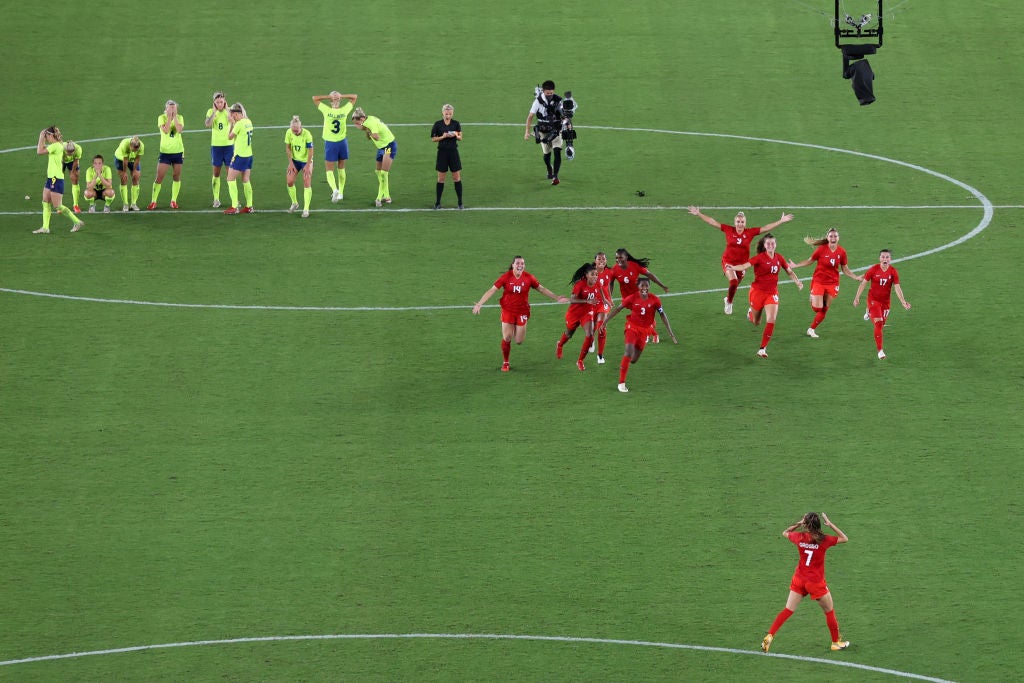 During the additional period both sides had their spells on top, with Canada’s defending increasingly ragged and desperate as penalties loomed large and Sweden tried to force the issue late on. Sub Lina Hurtig missed the best pair of chances, headers sent off-target, while Asllani saw a scuffed effort cleared off the line by the indefatigable Ashley Lawrence, a star from full-back for Canada. 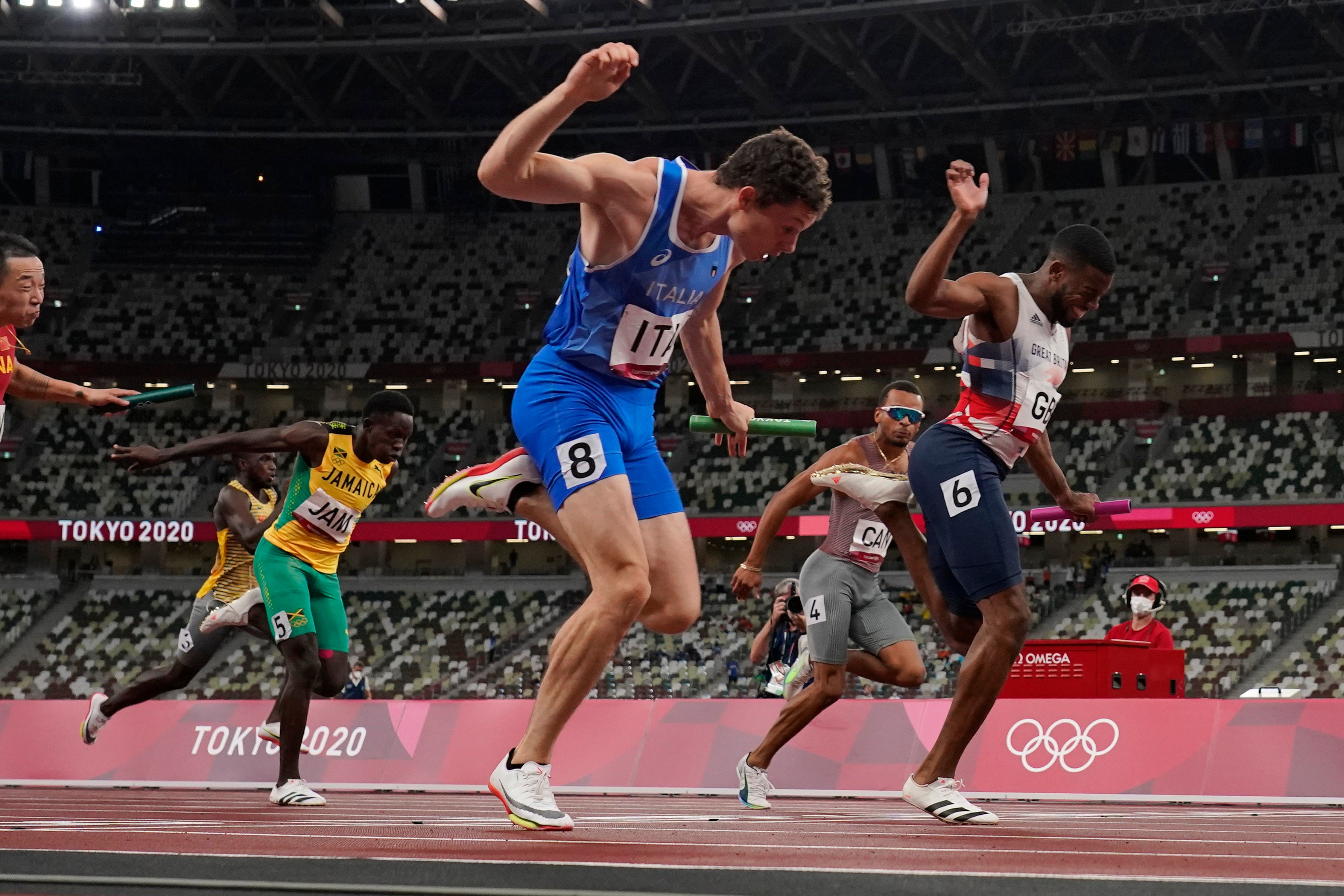 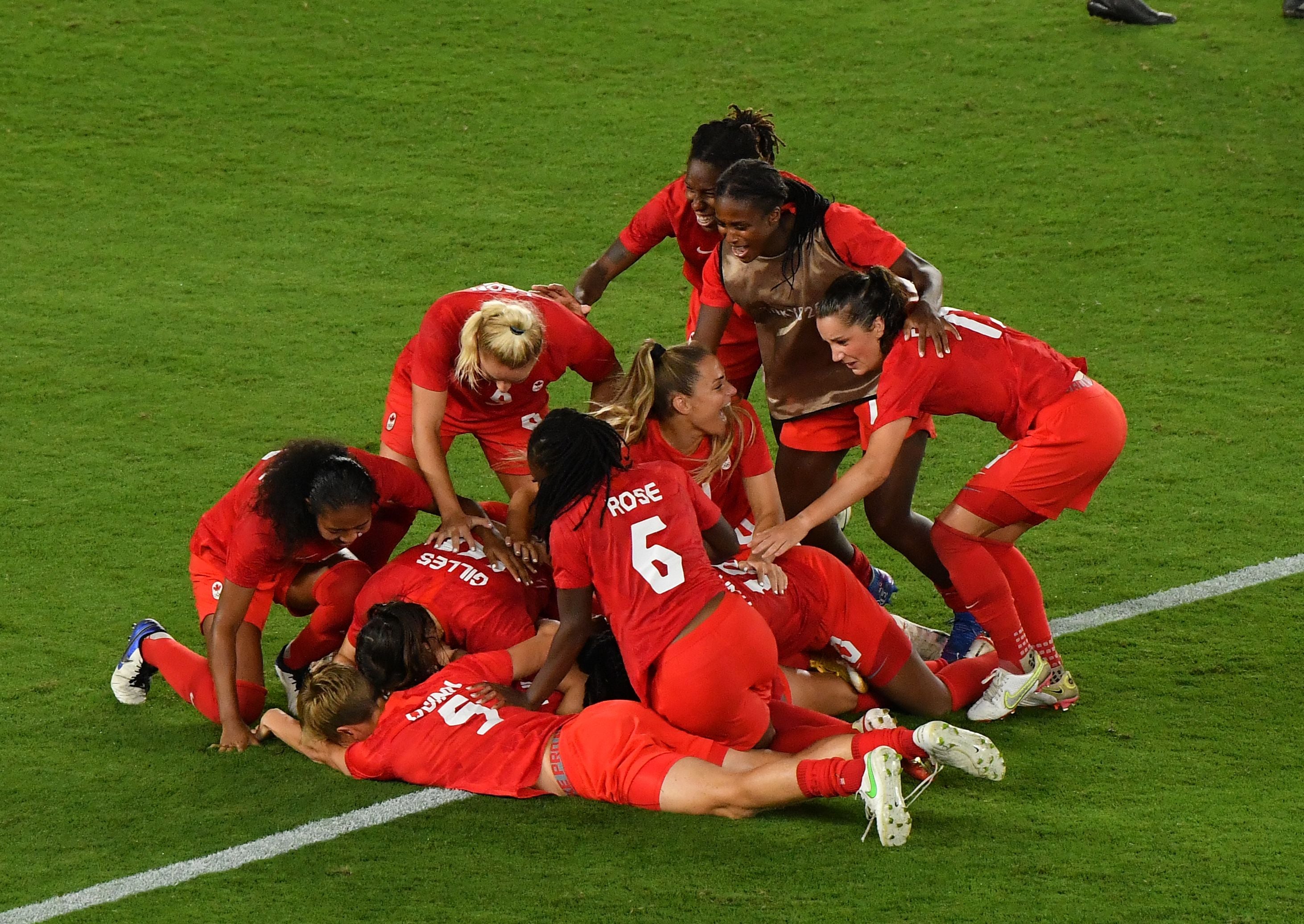 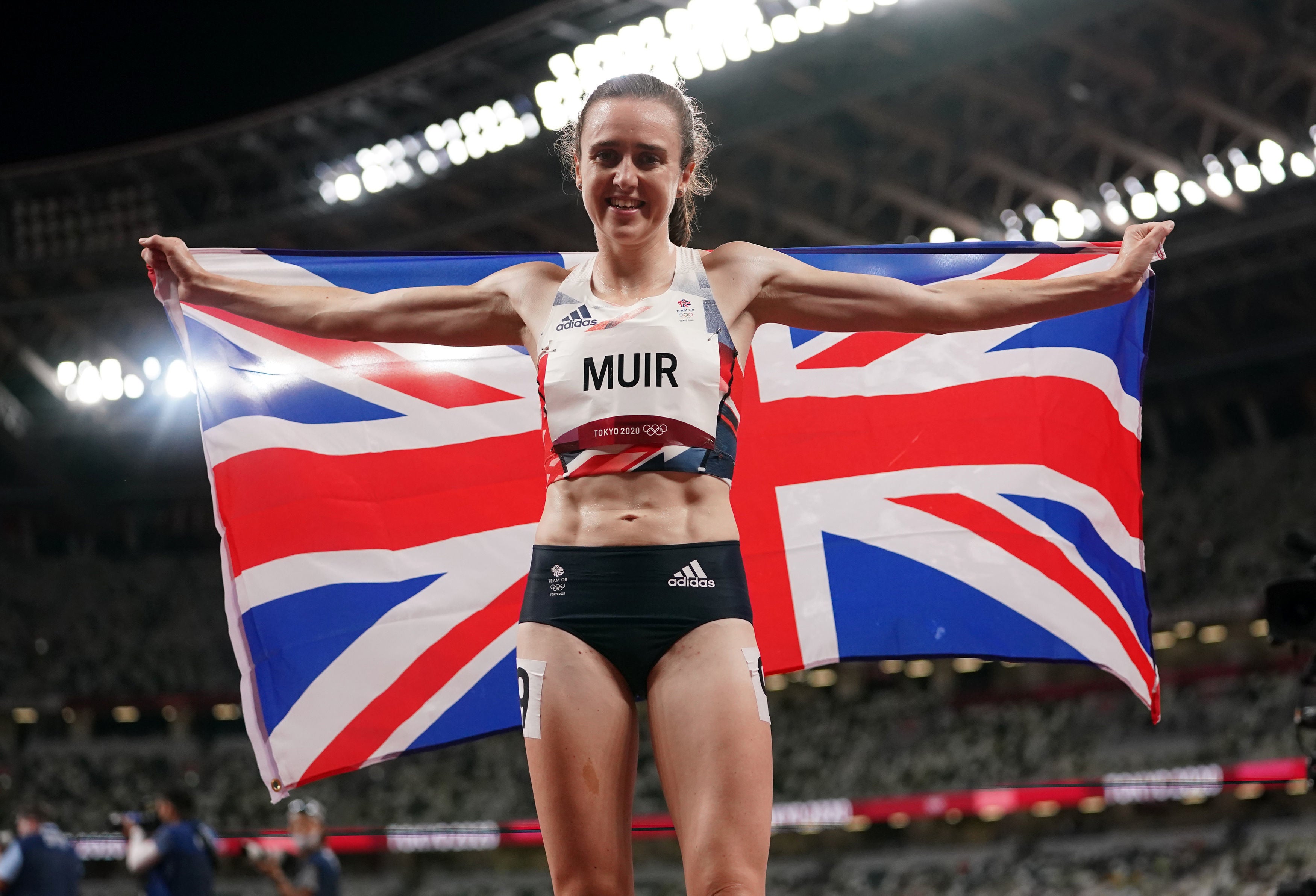 The only other knockout game which had gone to penalties had seen Canada progress past Brazil in the quarters, and despite several back-and-forths in the shootout, the same outcome emerged in the final.

Captain Caroline Seger had the chance to win it with Sweden’s fifth and final penalty, only to blaze over, with both teams missing three out of their first five. Jonna Andersson then saw her tame effort saved by Labbe, leaving 20-year-old Grosso to step up and – via the outstretched arm of Hedvig Lindahl – finally put away a decisive strike, 3-2 to Sweden the shootout score after sudden death and the cue for a massive celebration for those in red.