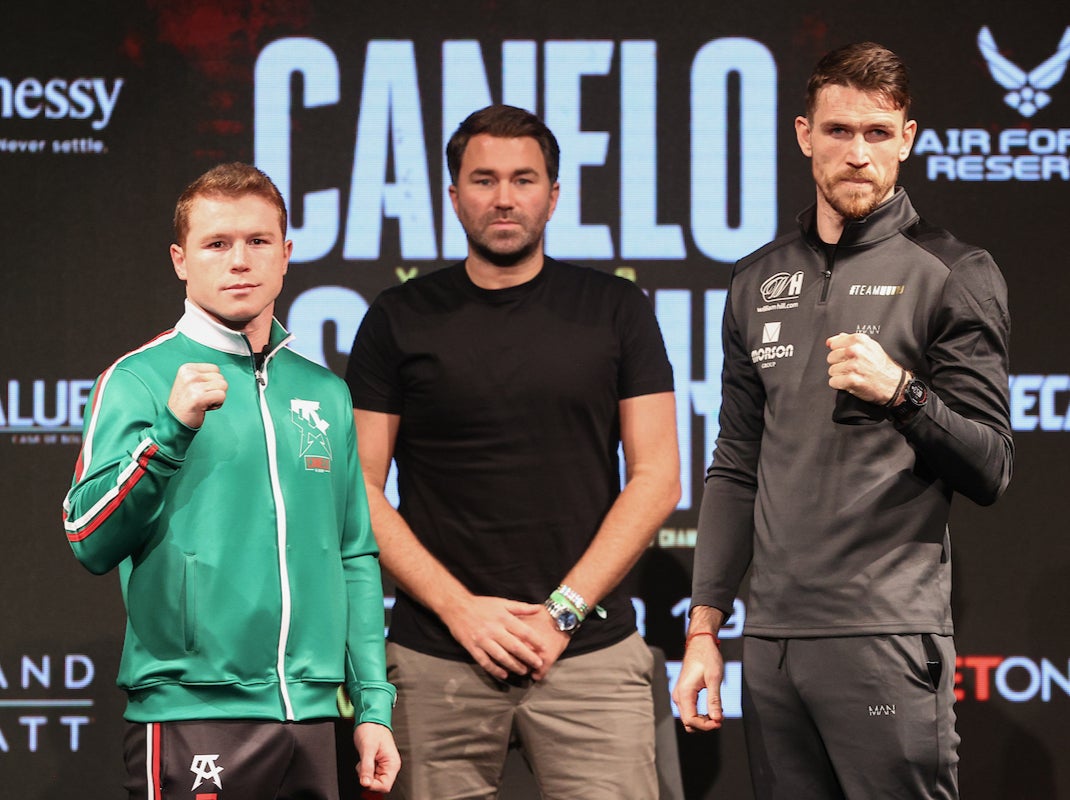 Canelo and Callum Smith pose at their final press conference

The two boxers should have been on private jets touring cities, selling the fight, coming face-to-face in Liverpool, New York, Las Vegas and in Mexico City. It is that type of fight. It is prime against prime and both need to be complimented for taking this fight; Smith had three weeks, Canelo might have had longer, but that is the way boxing works when you are the star. He might also be a be a bit of brat, which adds to his general silence. Smith agreed the fight in 10 seconds when it was offered and a win would arguably – especially with the Covid lunacy attached – be the finest ever by a British boxer in a world title fight on the road. It’s under radars, not away from recognition.

Sadly, this truly magnificent fight has mostly vanished somewhere under the Covid rainbow, lost in the end of year rush to pretend life is normal and at the same time barricaded from the masses by the regulations. This fight might have been in Las Vegas in September with 21,000 in the crowd, possibly even 72,000 at the new Allegiant Stadium in that city. The British would have taken over for that one, emptied the bars of beer and paraded their allegiance during an unforgettable siege of the gambling city. There is no finer sight than 500 British fans, men and women with their shirts off, drinking beer from plastic cups having paid $100 to stand by a giant jacuzzi at a topless pool party on the Sunday after a Las Vegas fight.

There should be a new siege this weekend, this time in the great Texan town of San Antonio at the Alamodome, a venue named in honour of the bloody battle of the Alamo in 1836. The men inside the battered walls of the old mission building fought a losing struggle, outnumbered by a vast Mexican army; the men inside the mission walls were savaged, executed and killed in skirmishes. They fought to the bitter end, with only their blind defiance left as weapons and they were crushed. It was a brawl, a lost cause from the start.

Alvarez knows a thing or two about brutal endings. The Mexican idol has so far beaten five British boxers in world title fights, only one heard the last bell and the others tumbled over in pain, left on the canvas sleeping or on the canvas clutching their liver and crying. Alvarez has so far done something like that to 36 of the 53 men he has beaten since turning professional at 15 and fighting for small change on a circuit that is mean and unforgiving. One of the British boxers he crushed was Callum’s big brother, Liam; gone in nine rounds, body shots ending his bravery in another Texas town in 2016. 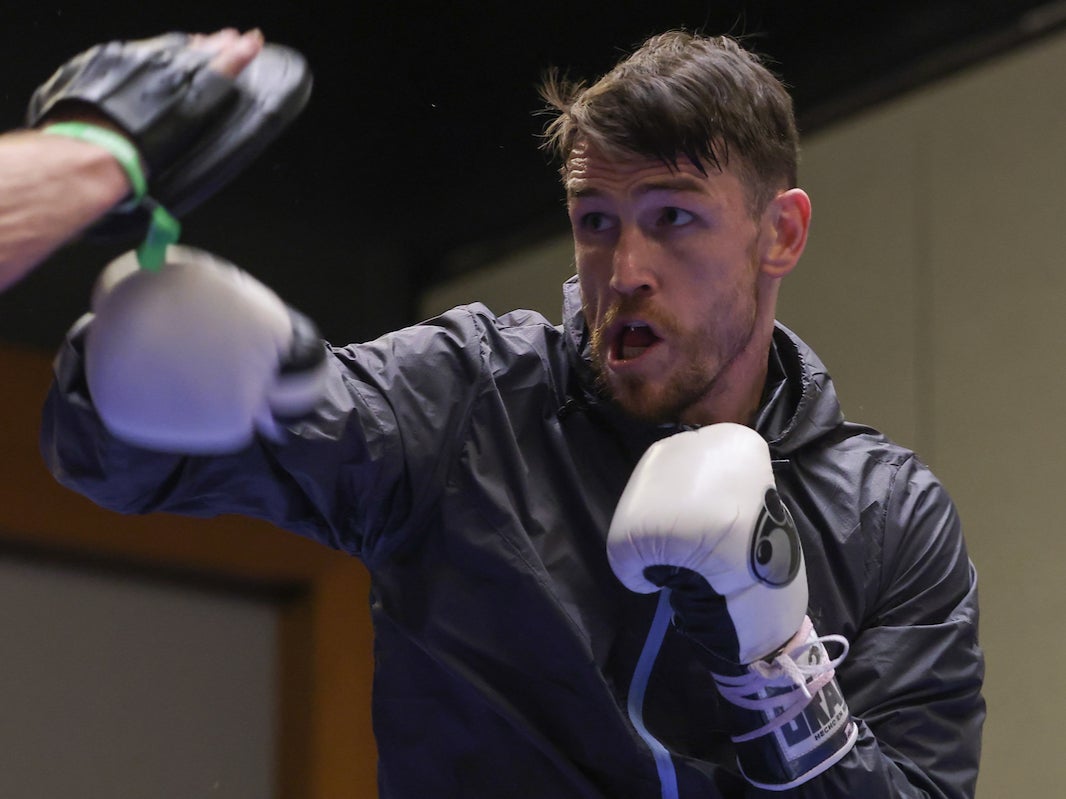 Callum Smith is an underdog heading into the bout

And there has not been a bad word from either of them, just a glance or two. Canelo often has a whimsical look on his face, not quite disdain, but close when his opponents look at him and try for small victories with glares. Smith is not bothered about winning any pre-fight rituals, but he did take a look when the pair had their head-to-head, Smith towered over the Mexican, even Canelo looked up.

“It’s a good fight because we can both fight and not because we have posted silly videos or called each other names,” added Smith. “I didn’t become a boxer to be famous – I became a boxer to achieve goals.”

If the fight reaches the last three rounds, it will have been a classic. Smith will then have nine minutes to make and change history, three rounds to define his fighting life. Smith can win, but Canelo feasts on disadvantages and enjoys breaking hearts. I like the sound of a rematch, a fight under a normal sky next year.

However, with Canelo there is always the chance that he is simply too good, too smart, too fast and too nasty. As outsiders we too often look at the physical disadvantages and ignore the facts: Canelo can make hard work look easy and that is art at this level.

This weekend get a £10 free bet with Betfair, when you bet £10 on a Same Game Multi on the Premier League. Terms: Min £10 Same Game Multi bet on any EPL match this Fri – Sun. Free bet valid for 72 hours, awarded at bet settlement. Excludes cashed out bets. T&Cs apply.