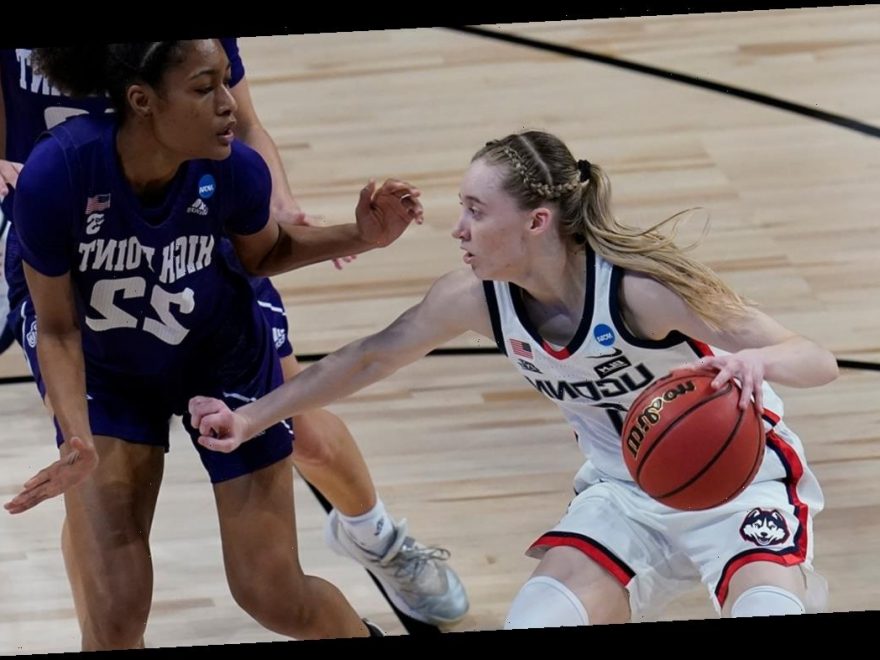 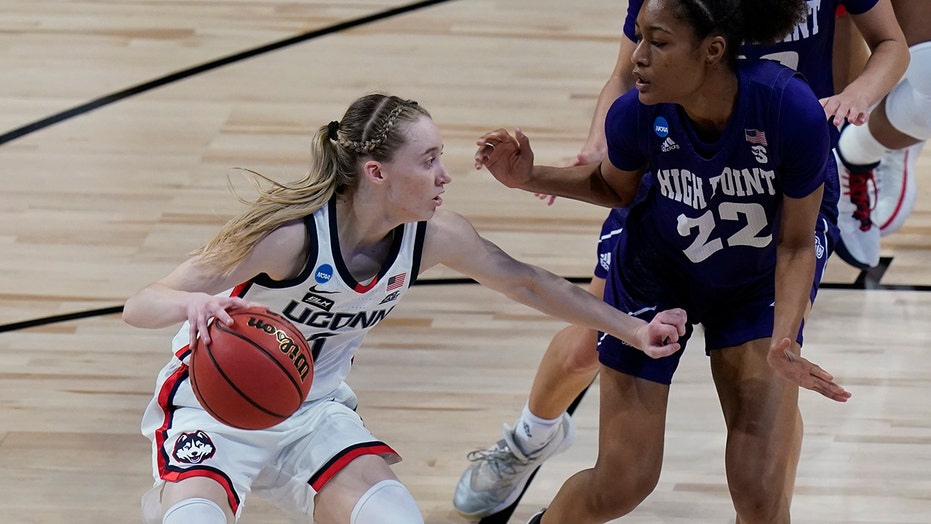 UConn did just fine without coach Geno Auriemma, with Paige Bueckers scoring 24 points to lead the top-seeded Huskies to a 102-59 win over High Point in the first round of the women’s NCAA Tournament on Sunday.

Auriemma is recovering from the coronavirus and missed the opener. Associate head coach Chris Dailey filled in for the Hall of Famer, who is also going to miss the second-round game against Syracuse on Tuesday.

Dailey is 11-0 filling in for Auriemma over their time together at UConn (25-1). The Huskies also were missing assistant coach Shea Ralph, who left San Antonio after one of her relatives contracted COVID-19.

It didn’t make much of a difference as the Huskies cruised to their usual opening-round rout behind their star freshman.

Bueckers, the third player ever to make first-team All-America as a freshman, had 13 points, five rebounds and three assists at the half as UConn led 53-29. She had one of the best debuts for storied UConn in the tourney, also finishing with nine rebounds, six assists and four steals. Her 24 points passed the previous best mark by a freshman of 22 by Katie Lou Samuelson.

It wasn’t all good news for the Huskies. Freshman guard Nika Muhl stepped on the foot of Chyna McMichel, spraining her right ankle in the second quarter. She had to be helped off the court and her ankle was heavily wrapped.

She walked on crutches to the locker room at the half and was shown on TV with her head in her hands in front of the locker room. Muhl injured her left ankle in the Big East Tournament opener, but returned for the Huskies’ game the next night.

While there weren’t many highlights for the Panthers (22-7), who were playing in their first NCAA Tournament, they did take a 3-2 lead when Big South Player of the Year Skyler Curran hit a deep 3 from close to 10 feet behind the arc. UConn promptly answered with the next eight points and the rout was on.

UConn has won 234 consecutive games against non-ranked opponents since losing at home to St. John’s in 2012. Conversely, the Panthers fell to 0-12 all-time against ranked teams. Their closest loss was a 16-point defeat to No. 25 Vanderbilt in 2011. … UConn finished the first half with 53 points. That’s the same total the Huskies had in their last NCAA game in San Antonio when they rallied from a 19-12 halftime deficit to beat Stanford 53-47 for the 2010 title.

UConn will face Syracuse, which beat South Dakota State 72-55, in the second round.