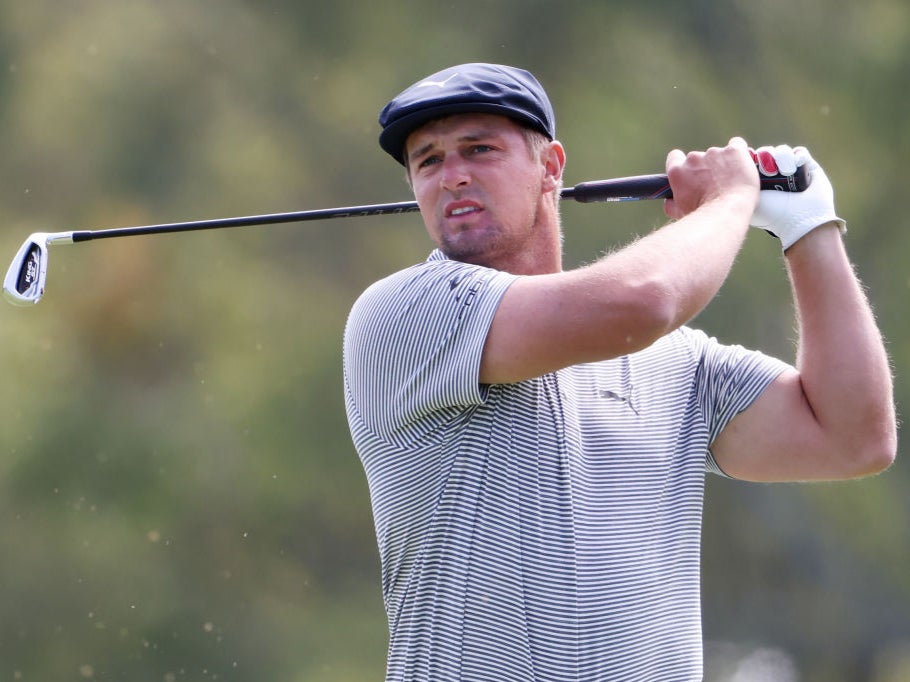 Bryson DeChambeau is the firm favourite at Augusta

“If you reduce the number of moving parts, then you can repeat the same swing using simple geometry and physics,” says Sandy Lambert, a former professional on the Ladies European Tour and an authorised instructor. “It can seem like it’s making it more complicated, but actually it’s simplifying it. If you take away the variables, there are far fewer factors that can influence the mental side, and you can just pull the trigger.”

“People always talk about feel,” Clark adds. “But in everything else you do in life, you have a system to go back to. If I’m on a plane, I’d rather have a pilot flying with a system rather than by feel.”

DeChambeau’s now-notorious decision to add over 20lbs of muscle during the coronavirus lockdown, with the help of former NBA and NFL strength and conditioning coach Greg Roskopf, was another calculated expression of that approach, as opposed to the radical binge it is often painted to be. It is a process of shifting the paradigm – a lock-armed putting grip with subtle distance control, a 48” driver with astonishing swing speed that’s still capable of shaping the ball – forging a bridge from art to science rather than an outright extinction of the the former.

“Most people think that I’m so technical that I don’t have a feel aspect or a rhythm aspect of it, but that’s just the opposite,” DeChambeau said. “I need to get into my momentum and my rhythm in regards to being technical and analytical, and also being that artist.”

“It’s still largely an artform,” Leadbetter agrees. “Golf is not an exact science. You’re never standing in a controlled environment trying to make a perfect swing like a robot. You’ll never see a robot be a good bunker player, hitting out of a wet downhill lie with the ball plugged like a fried egg.”

The apprehension, then, lies in the fear of the unknown. DeChambeau has already reduced Winged Foot, once famed for its ‘massacre’ of the field in 1974, to a drive and a wedge in June. At Augusta, his length – averaging 344.4 yards off the tee this season – and high carry will provide an even greater advantage on the soft autumn ground. If he’s able to “bash his way to victory by six or eight shots”, as Leadbetter suggests, it could in time be proven just as seminal a victory as Woods’s own dismantling of The Masters in 1997.

Will a generation of hulking Moneyball scientists muscle out the artists of old? Could a 51-year-old book begin to produce a factory line of homogenous professionals that overwrite the future? They are the most pertinent, and to some concerning questions facing the sport. “My goal is to inspire a new generation of golfers to think differently and just go out there and bomb it,” DeChambeau recently told the New York Times.

“The capacity to take all the information on board is a consideration,” says Lambert, with countless professionals, such as Bubba Watson, enjoying enormous success with a polar opposite approach. “But there will still be a lot of people who are able to utilise it to the nth degree like Bryson has.”

“I don’t think there’s any danger of one technique taking over the world. In the end, so much of it is based around how a person’s mind is geared,” Leadbetter agrees. “[But] it could be a crucial week in determining what’s going to happen in the future. Whether Bryson is an outlier or things to come, only time will tell.” The answer, one expects, may well arrive in the late hours of Sunday evening.