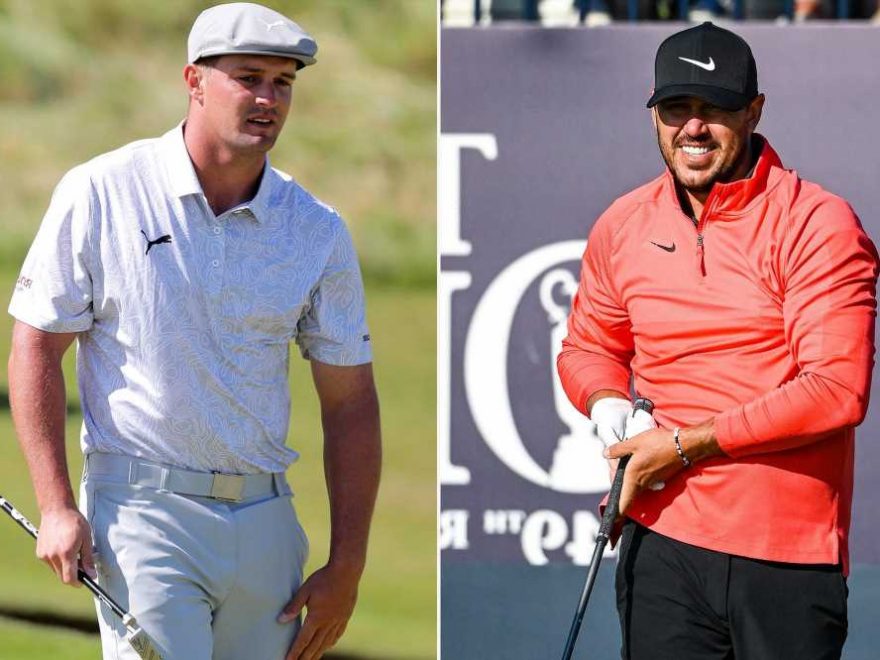 You knew it was merely a matter of time.

In the wake of Bryson DeChambeau’s embarrassing criticism of his club manufacturer, Cobra, saying his driver “sucks,’’ and then his subsequent damage-control Instagram back-track, the golf world wondered when Brooks Koepka was going to weigh in.

That time was Friday after Koepka had completed his 4-under-par 66 in the second round at Royal St. George’s and he was in front of a Golf Channel camera and microphone.

“I thought the wind died down,’’ Koepka began. “Compared to (Thursday), I didn’t think it was as bad so you could be a little more aggressive. (I) drove the ball great.’’

Then, with a smirk on his face, Koepka added, “Love my driver.”

It seems these days as if Koepka enjoys trolling DeChambeau, whom he abhors, as much as he does making birdies. Three weeks ago, after DeChambeau’s caddie Tim Tucker left him on the eve of the of the first round of the Rocket Mortgage Classic, Koepka posted a Twitter picture and message to publicly express his love for his caddie, Rickie Elliott.

On and on it goes.

The beauty of the latest Koepka dig on DeChambeau about how he “drove the ball great’’ and his “love’’ for his driver was this: Koepka didn’t drive the ball great at all Friday, hitting only 6-of-14 fairways.  But who’s counting?

DeChambeau, after his round, during which he made the cut on the number at 1-over par, declined interview requests made by tournament officials.