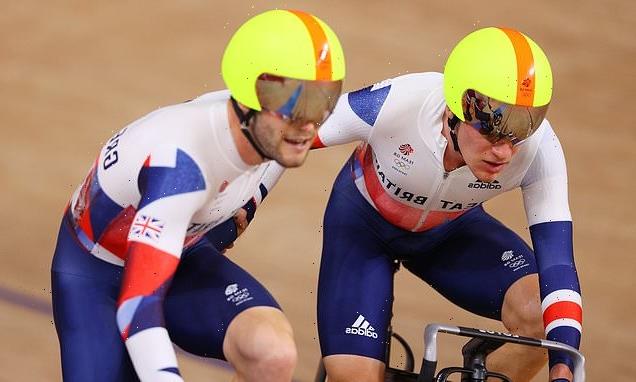 Having clung on to the bronze medal position for much of the 200-lap race, Hayter and Walls turned the final stretch into a time trial to leapfrog France into second.

But they couldn’t quite match the game plan and stamina of Denmark’s Lasse Norman Hansen and Michael Morkov, who added Olympic gold to their world title as France took bronze. 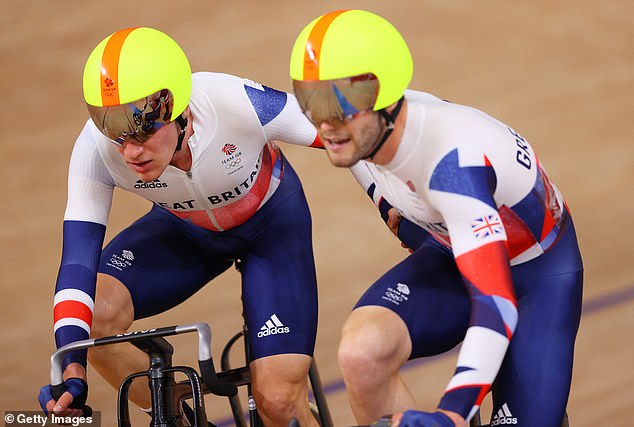 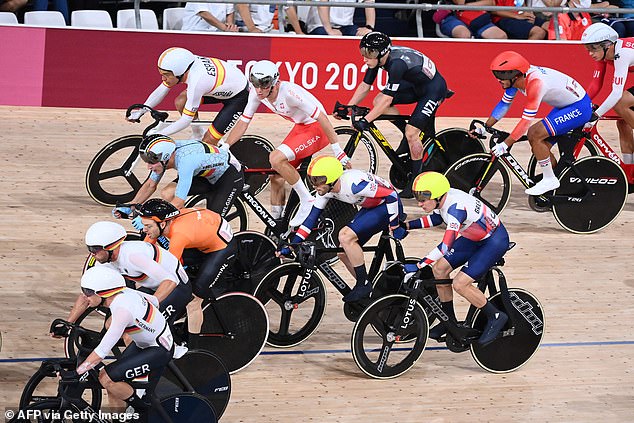 Walls said: ‘I was just cooked about half way but we managed to find some gas at the end to finish it off. I gave everything I had.’

Hayter accidentally dropped the f-bomb live on BBC television in his post-race interview before quickly correcting himself.

‘We sat out on the front to try and get a bit of a head start in the early sprints. But my legs started to go first, in the f**king, I mean flipping, first 100 laps or so were so hard. 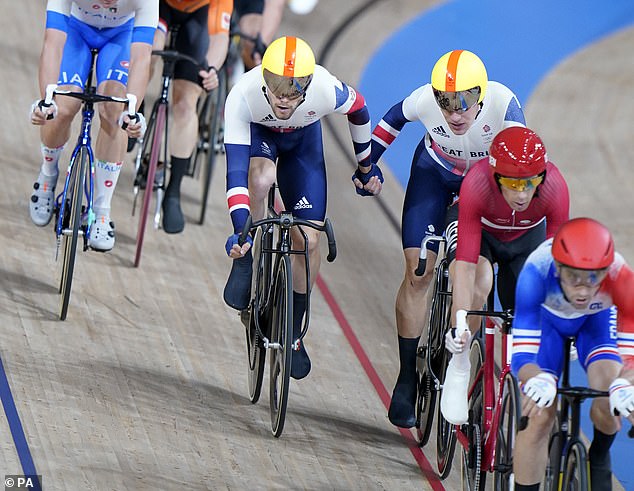 There was a danger that Belgium would kick the British pair off the podium as the race entered its final 10 laps but they dug deep into the energy reserves to launch a counter that not only killed off the Belgian challenge but beat France too.

They finished level on 40 points with the French pair of Benjamin Thomas and Donavan Grondin and three points shy of the Danes.

Britain finished ahead of France by virtue of winning the final sprint.

It was the sixth medal won by Britain in the velodrome – two golds, three silver and one bronze – with only the Dutch ahead in terms of wins.

It gives Walls his second medal of the Tokyo Games after his omnium gold, and a first medal for his Manchester housemate Hayter, part of the team pursuit squad who finished seventh earlier in the week.