BRIGHTON have fanned the flames ahead of their clash with Arsenal by tweeting a snap of Neal Maupay doing a mock ‘crying’ celebration.

The pic nods to last year’s fiery meeting between the two sides that ended in a scrap with Gunners midfielder Matteo Guendouzi grabbing Maupay by the throat. 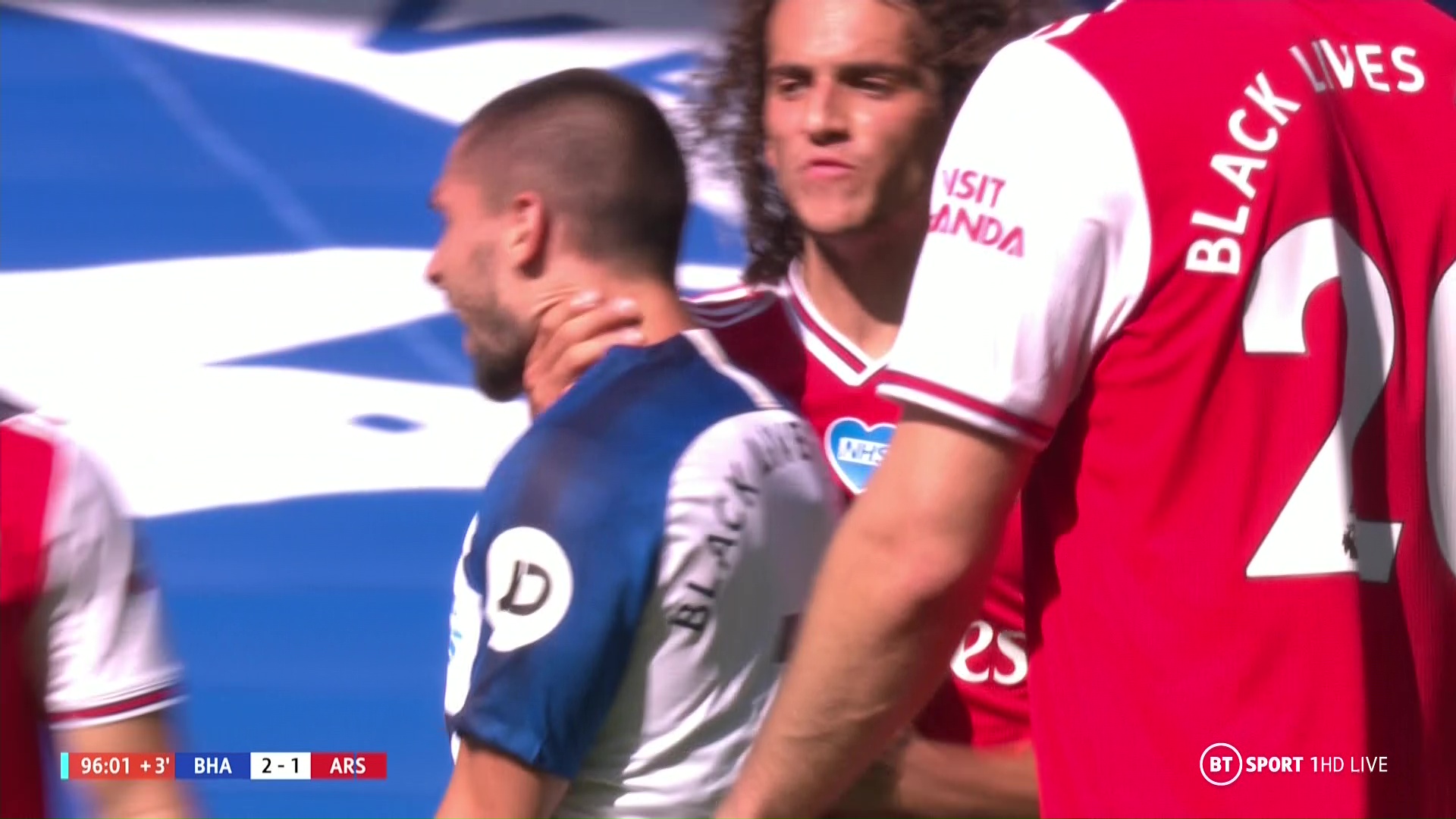 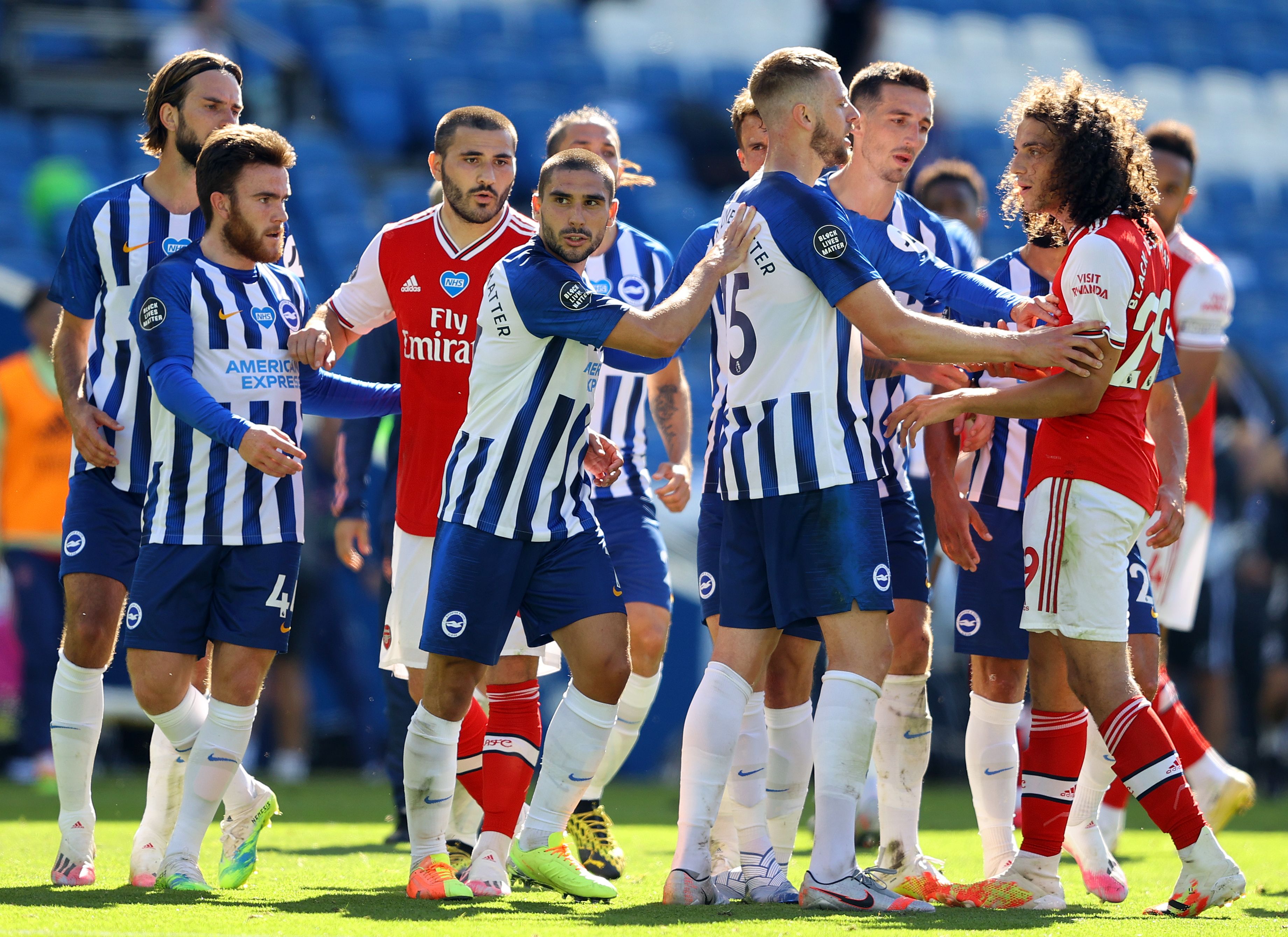 Brighton snatched the three points back in June 2020 after the French striker bagged a winner deep into injury time.

That sparked fury among the Arsenal players who were out for revenge after Maupay had earlier been involved in a nasty clash with Berd Leno.

The keeper was taken off on a stretcher with an injury so bad BT Sport refused to show it.

Guendouzi then had to be led from the pitch after sparking a melee when he throttled the Brighton forward after the final whistle.

Arsenal make the trip to the Amex on Saturday with both sides coming off the back of positive results recently.

The Seagulls tweet already has fans licking their lips online ahead of the next encounter in the budding ‘rivalry’ between the clubs.

Arsenal fan ‘_DAFCN’ wrote on Twitter: “We stole your best defender, we are gonna come back for your best midfielder, and your coach would be on his knees to join us. Stay in your lane.”

Brighton fan ‘GaardeFN’ liked what he saw – he wrote: “Yo give our admin a pay raise for this one.”

But Gunner fan ‘Yandagunner’ added menacingly: “Save the tears Maupay, its end game on Saturday”.