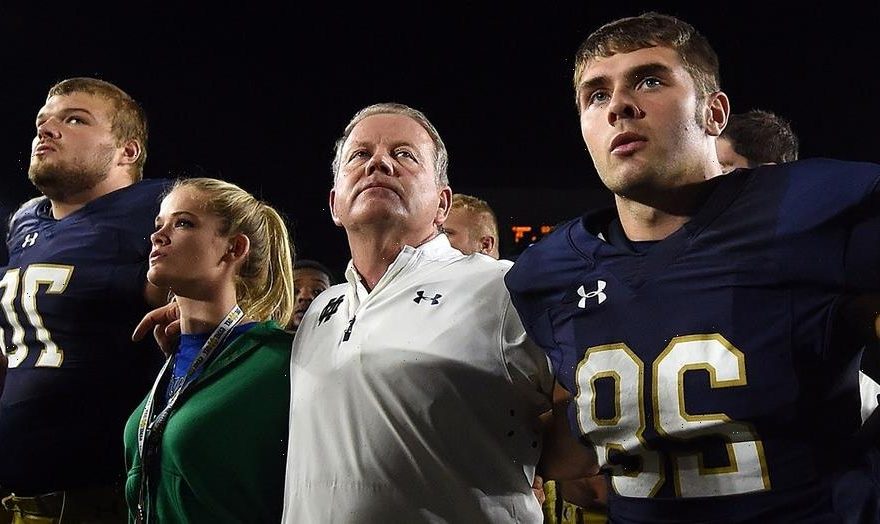 Grace Kelly, daughter of new LSU football coach Brian Kelly, may be excited for her father as he left for greener pastures, but she is still trying to graduate from Notre Dame.

Grace Kelly wrote on TikTok she was “ready to get booed on my way to class every morning” after her dad bolted the Fighting Irish to lead the 2019 national champions. 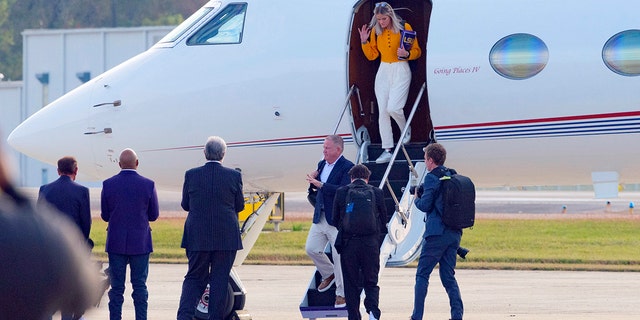 New LSU football coach Brian Kelly steps off a plane after arriving at Baton Rouge Metropolitan Airport, Tuesday, Nov. 30, 2021. Kelly, formerly of Notre Dame, is said to have agreed to a 10-year contract with LSU worth $95 million, plus incentives.
(AP Photo/Matthew Hinton)

Notre Dame was also hit with NCAA penalties under Kelly’s watch. In 2014, the school discovered an athletic trainer was providing impermissible benefits. The school reported the violation, and the NCAA ordered the school to vacate its 2012 and 2013 victories. 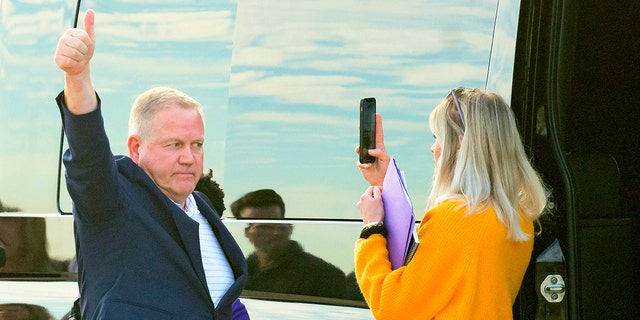 Kelly led the Irish to nine bowl games during his tenure. The team failed to qualify for a bowl in only one of Kelly’s seasons — 2016, when it finished with a 4-8 record. The team is 11-1 in 2021 and preparing for a major bowl game.

Kelly was introduced as LSU’s head coach on Tuesday. 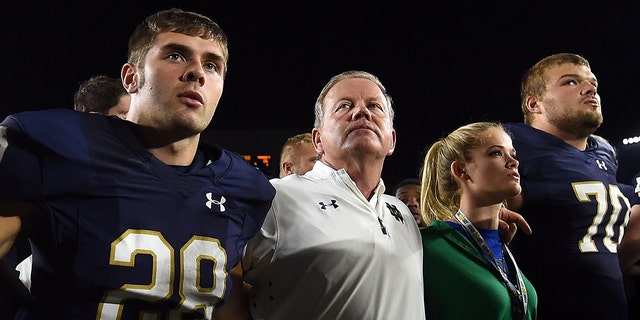 “I could not be more excited to join a program with the commitment to excellence, rich traditions and unrivaled pride and passion of LSU Football,” Kelly said in a statement. “I am fully committed to recruiting, developing and graduating elite student-athletes, winning championships and working together with our administration to make Louisiana proud. Our potential is unlimited, and I cannot wait to call Baton Rouge home.”