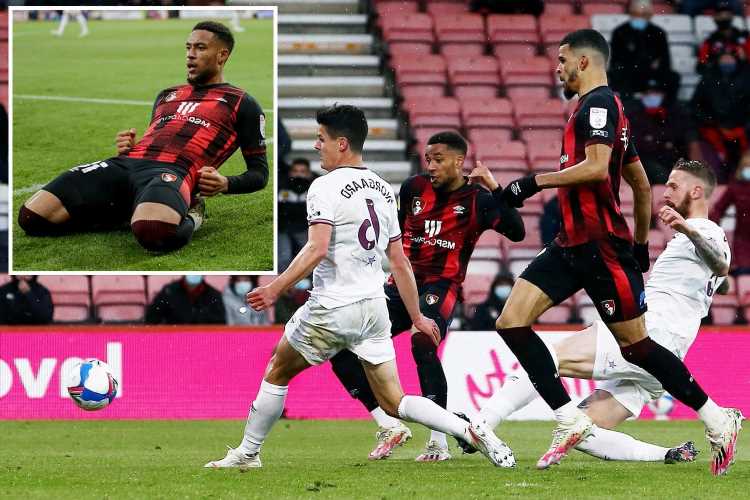 BOURNEMOUTH are 90 minutes from Wembley after a dominant display over Brentford in their play-off semi-final first leg.

Arnaut Danjuma grabbed the winner in the 55th minute but the Cherries wasted several chances to kill off the Bees in front of 2,000 fans on the South Coast. 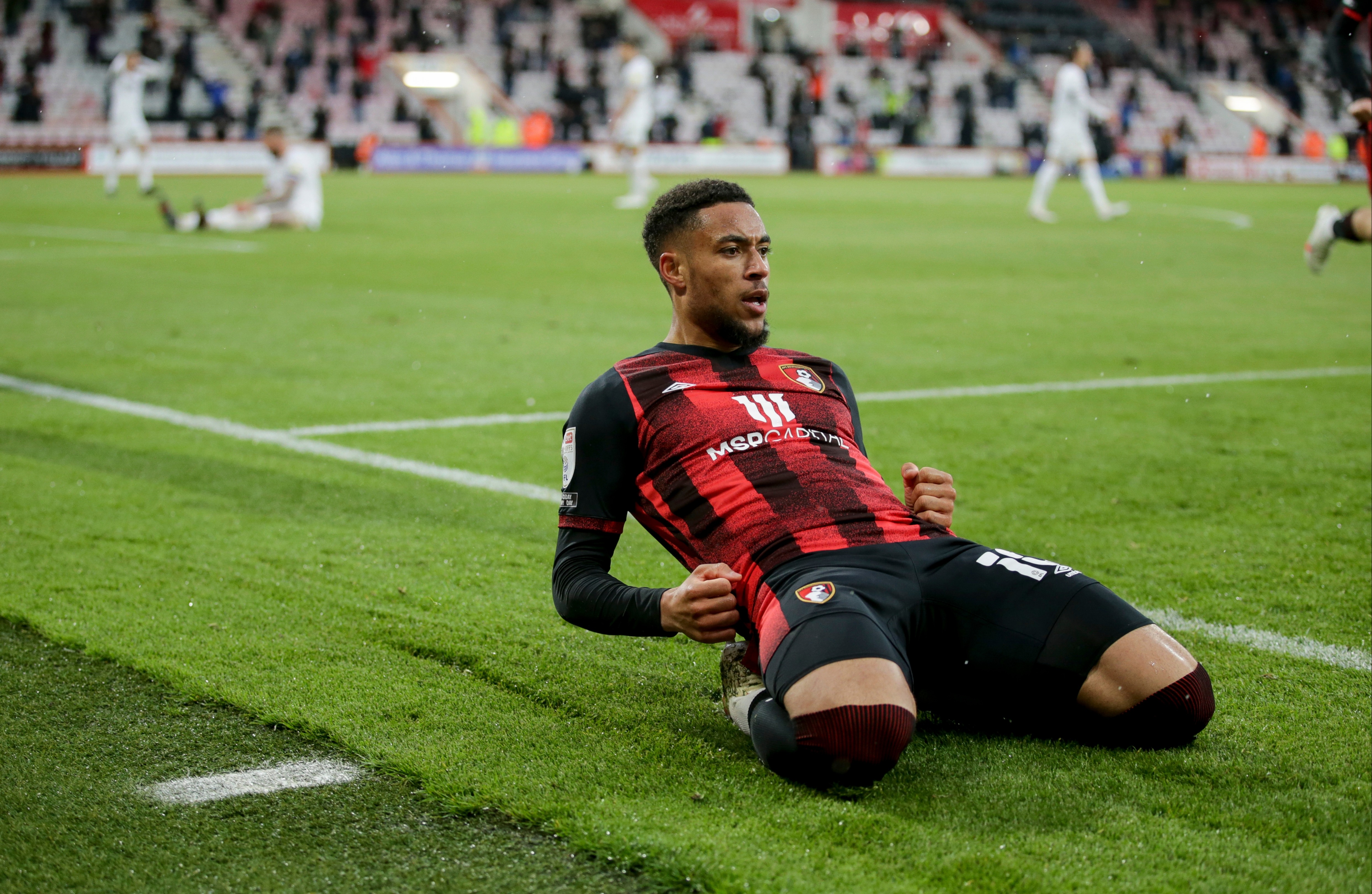 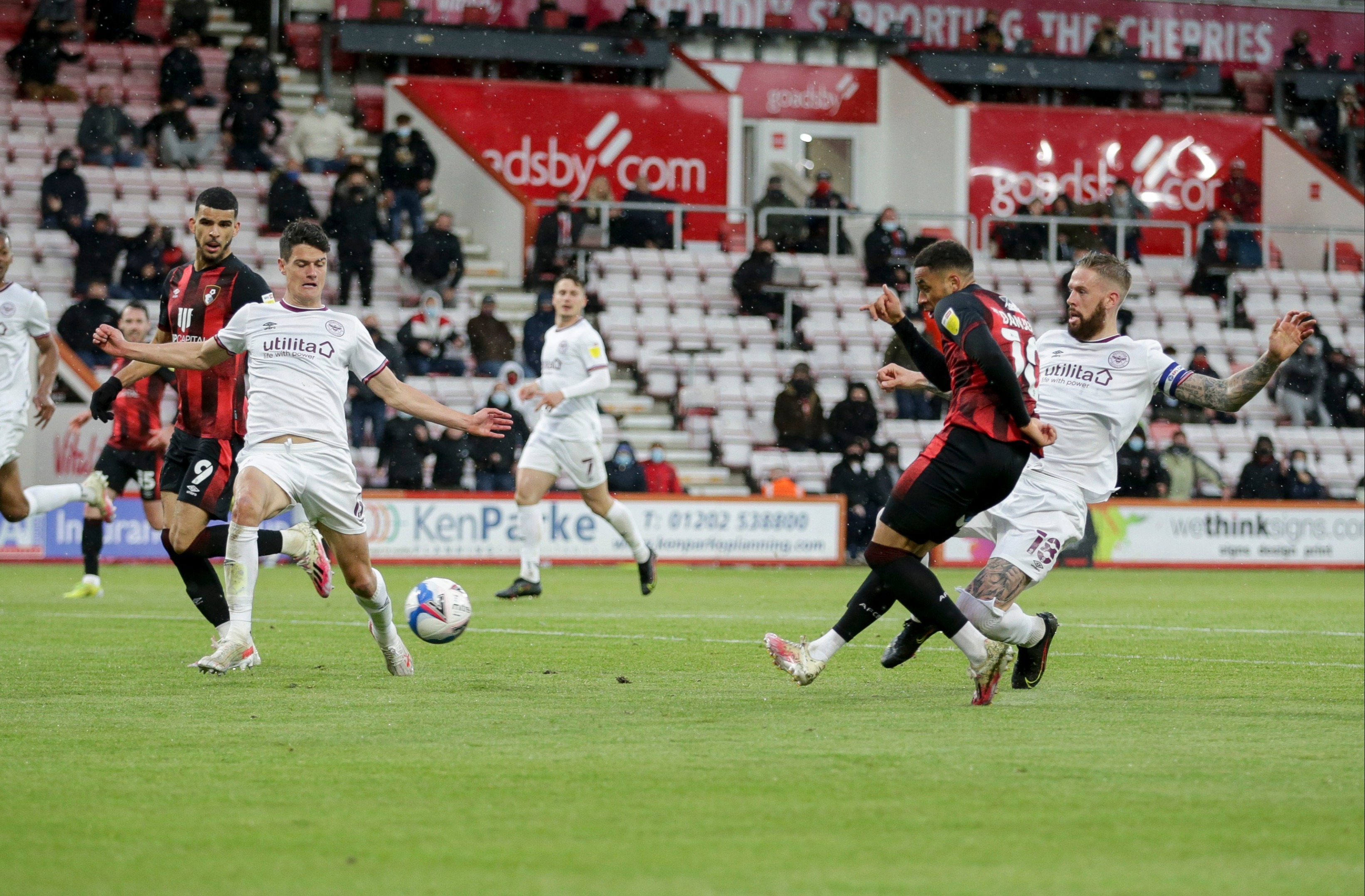 Instead, they still have a job to do in West London at the weekend to move one step closer to an instant Premier League return.

Brentford know all about coming from behind in play-off semis after doing so last year against Swansea before eventually losing in the final to Fulham.

But Thomas Frank’s men will be left battered, bruised and bereft of confidence after failing to lay a finger on Jonathan Woodgate’s Bournemouth.

But it was Bournemouth – in front of home fans for the first time this season – who came out the blocks quickest as Lloyd Kelly’s whipped balls into the box in behind Brentford’s wing-backs proved dangerous.

Another Kelly cross then found the head of Dominic Solanke at the near post only for the ball to thump the side-netting.

Fifteen-goal Solanke looked far more likely to score than record-breaking 31-goal star Ivan Toney – who had failed to net against Bournemouth in their two league encounters this campaign. 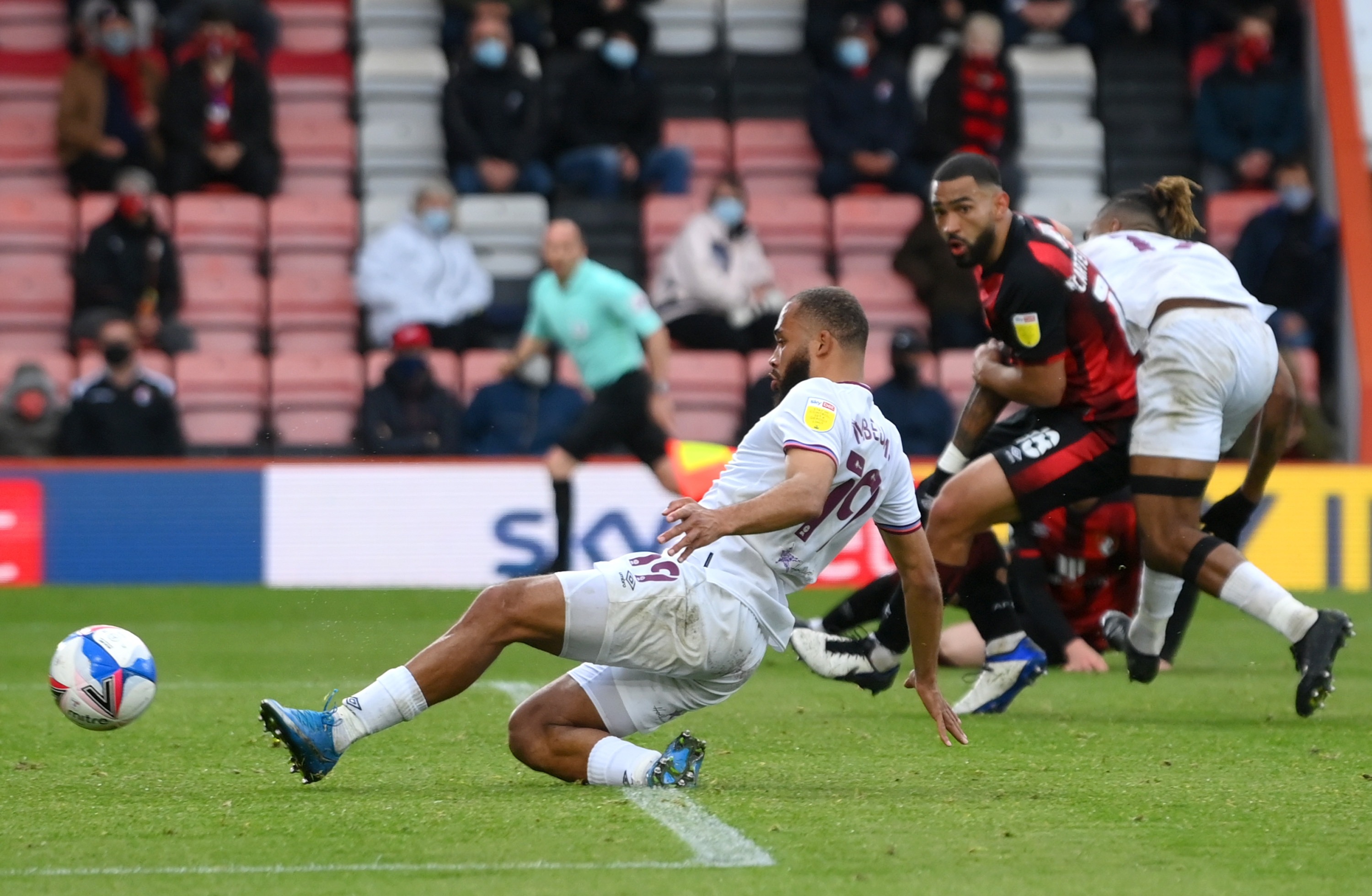 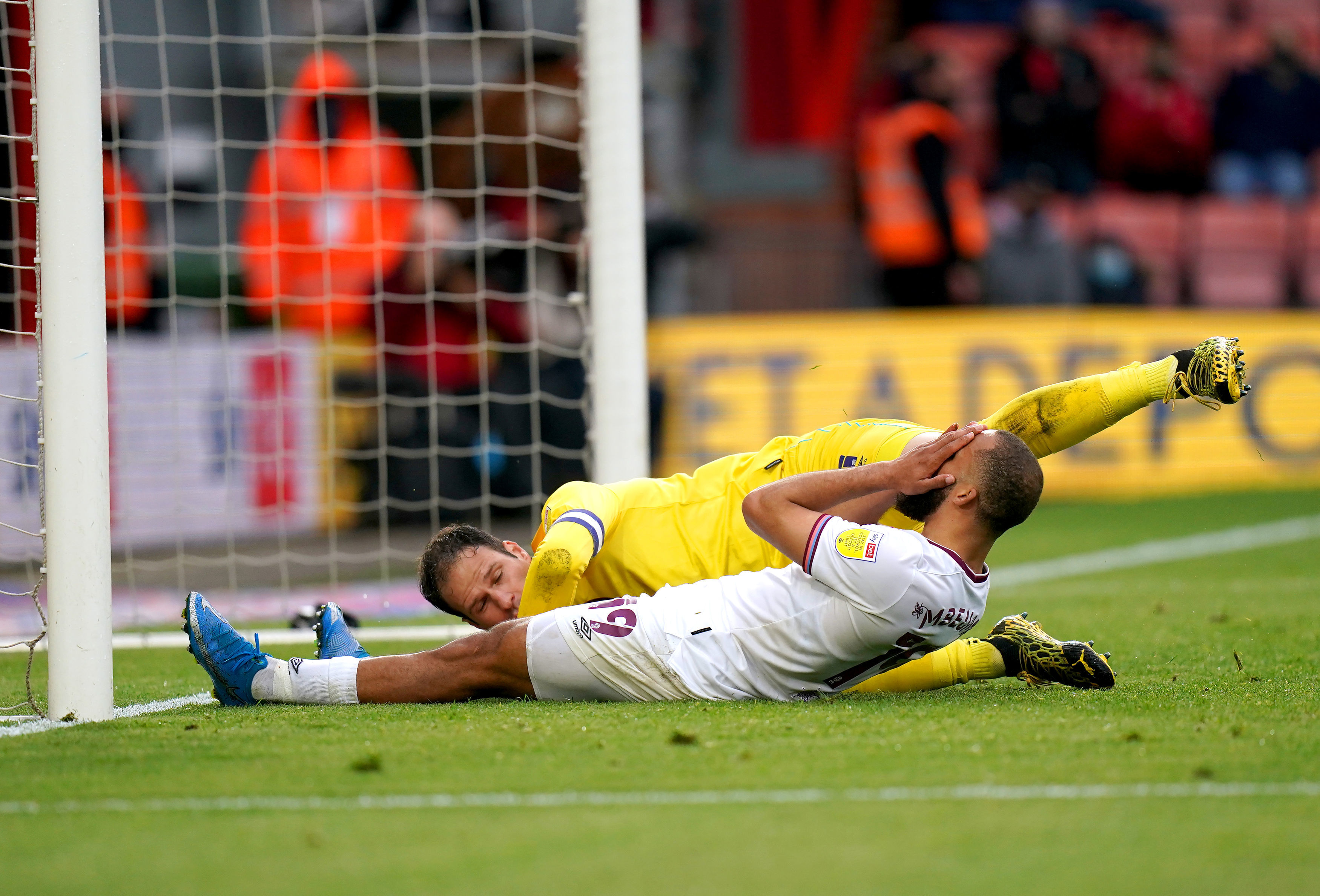 Toney was starved of space and ball and was forced to drop deep – but could not account for his team-mates giving the opposition a helping hand.

Tarique Fosu-Henry’s slip sparked a speedy counter from Solanke, only for the ex-Chelsea and Liverpool striker to waste the breakaway with a poor pass.

Skipper Steve Cook then forced David Raya into a diving save with a header before Toney did his job at the back with a crucial block to deny Brooks tapping in the rebound.

That proved to be Cook’s last significant action as he limped off with a knee injury, while Toney had as many blocks as shots on goal heading into the break.

And his frustrations grew nine 10 minutes into the second half as a loose ball from out-of-position Pontus Jansson allowed Bournemouth to counter again – this time with an end result. 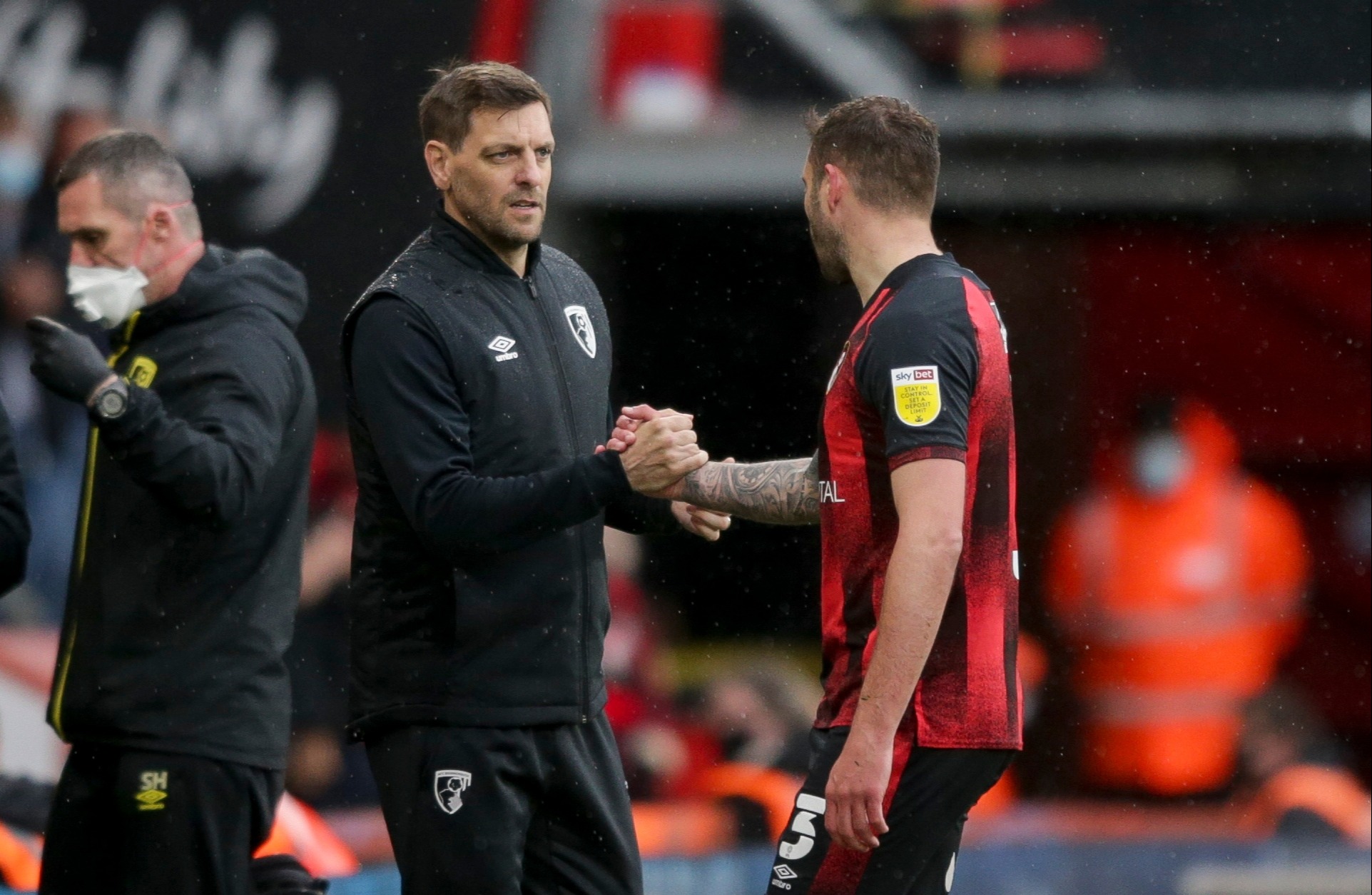 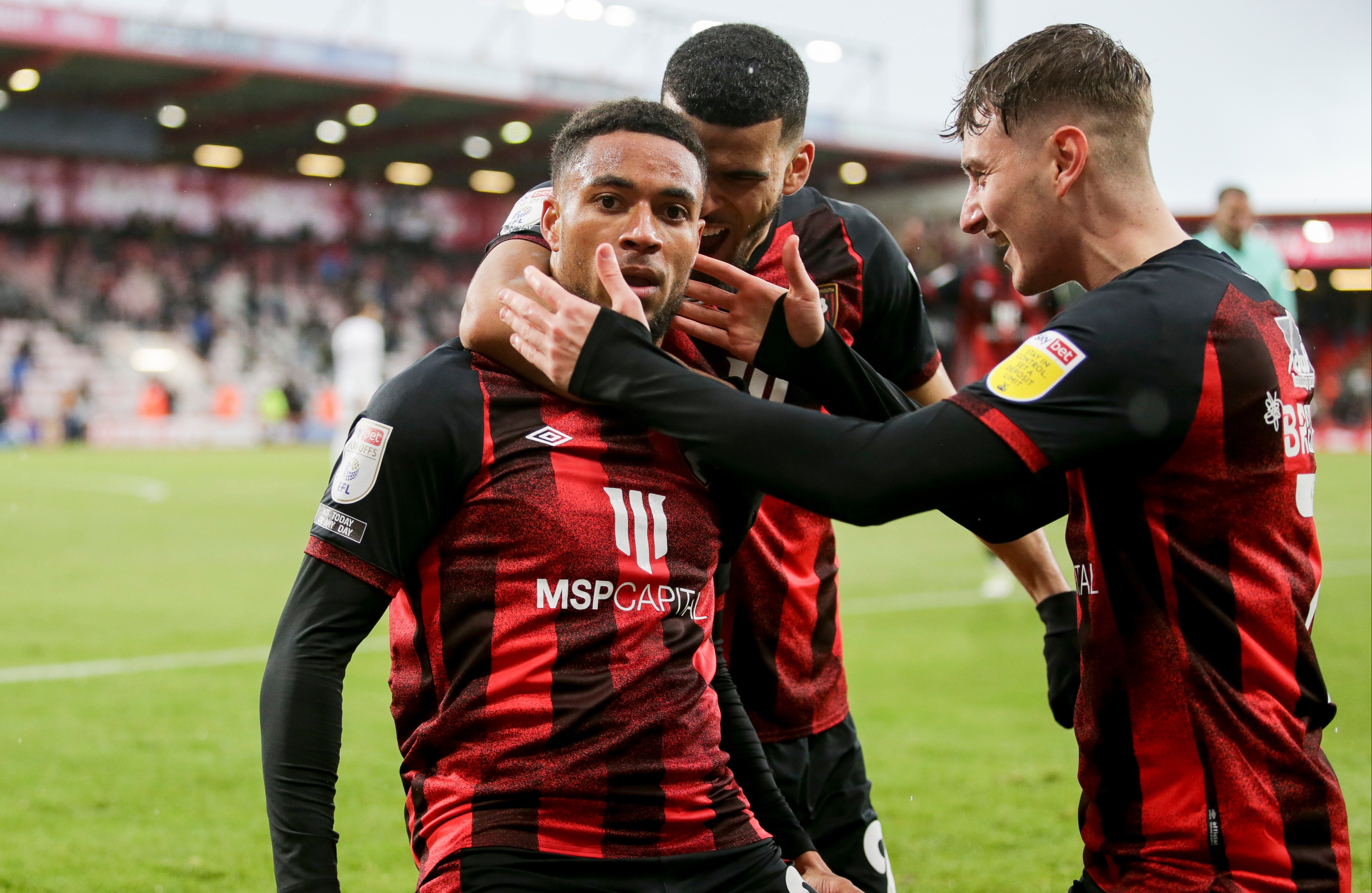 Brooks drove from the half way line and had Billing, Solanke and Danjuma ashead of him, choosing to slide in the later as he curled into the bottom corner.

Their biggest chance was the best of the whole game in the 76th minute – Mbeumo somehow shanking wide in front of an open goal after Christian Norgaard’s cross.

Danjuma almost doubled his tally with a late free-kick but was well saved by Raya.

A decade on from their last experience of the play-offs, and the Cherries have the sweet taste of the promised land on their tongues once more.