VALTTERI BOTTAS admits George Russell's excellent performances during the Sakhir GP weekend could have made himself look like 'a complete c***'.

Russell jumped into Lewis Hamilton's car and, with only two days of cramming, was able to get up to speed with its complicated systems. 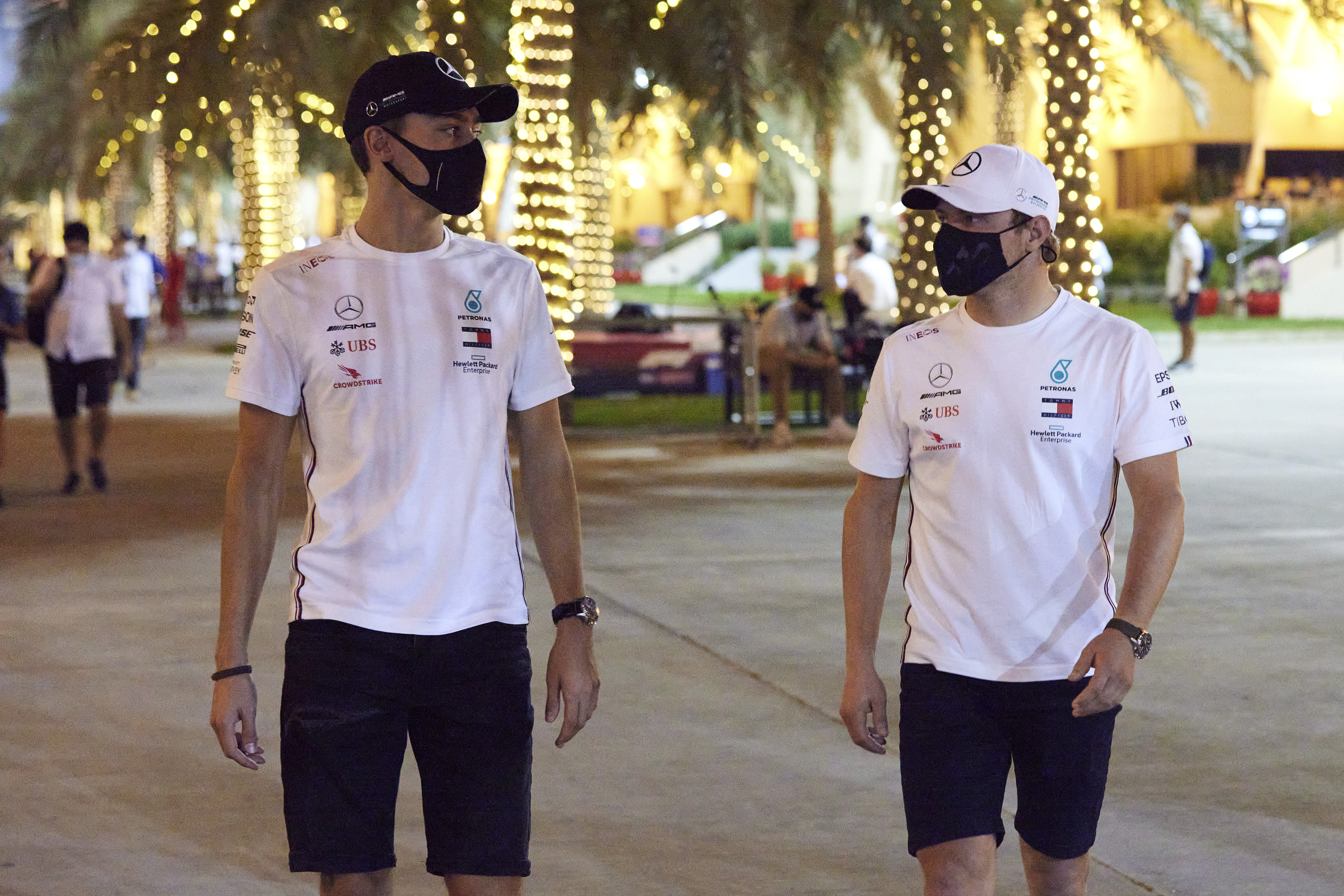 The Brit was so at home, despite being too big for Hamilton's bespoke cockpit, that he topped both Friday practice sessions and only just missed out on pole.

During the race, he beat Bottas at the start and pulled off an excellent overtake at the restart to clinch the driver of the day title on his Mercedes debut.

Russell only failed to win due to what Mercedes boss Toto Wolff called a 'colossal f*** up'.

It has raised questions as to whether Bottas should keep his seat for 2021, despite having signed a new deal in the summer.

But the Finn says while outsiders might start to question him, he has the full backing of his Mercedes bosses.

He said: "If you don't know things, I might have looked like a complete c***, a fool, so that's not nice.

"But the people who know, they know how the performance [was] and how the end result could have been.

"It was a pretty bad race for me from that side and it will be very easy for people to say that a new guy comes in and beats the guy who has been in the team a few years, so it was not ideal.

"He obviously did a mistake-free race, but I still knew there would be everything to play for.

"The race was not finished when we had the thing with the pit stops, which changed everything.

"I managed to go a bit longer on the medium tyre and that would have opened up opportunities for me.

"I was catching him."