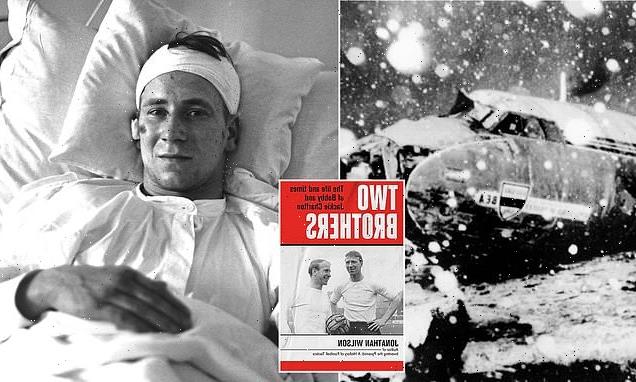 Bobby awoke on his back in the snow, still strapped into his seat, 40 yards from the plane. Everything ached, but his head most of all. He was bleeding, aware of the smoke and the grit in the air.

At first all he could hear was the howling wind. The plane had crashed through the perimeter fence and smashed into a house, before spinning into a hut housing a truck filled with fuel. The port wing had sheared off and the rear of the plane was on fire.

He saw a team-mate nearby, obviously dead. Some deep-rooted sense of decency and discretion meant he never revealed who. Strapped in the seat next to him, Dennis Viollet was in a bad way, covered in blood, still unconscious. A few yards away lay Matt Busby, conscious and groaning in pain.

European football was new and it was thrilling and Britain loved it. And yet within the romance there was a dark foreshadowing.

There had been a snowstorm in Bilbao after United’s 5-3 defeat against the Spaniards and United, wary of angering an already disapproving league by postponing their Saturday fixture against Sheffield Wednesday, were adamant they had to return.

Players leant a hand, brushing snow from the wings, helping to shovel slush from the runway. Even then, strong headwinds meant an unscheduled stop in Jersey to refuel. At the time it was all done in good humour, lads mucking in together, but just over a year later many would look back on that trip and wonder how close they had come. 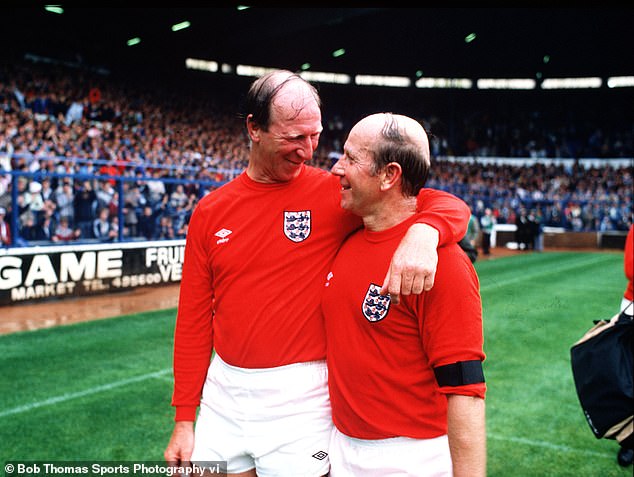 Twelve months later, United landed in Munich in a blizzard. It was cold, the sky was dark and there was a covering of snow on the runway. The players disembarked while the plane refuelled, heading into the terminal where they wandered idly round the shops and drank coffee.

Duncan Edwards sent a telegram to his landlady saying that all flights were cancelled and he wouldn’t be home until the following day. There was the listlessness that comes with a return journey, a desire to be home.

The players trooped out again, feeling their hangovers after the post-match banquet but still largely ebullient. They were in the European Cup semi-final after their 3-3 draw against Red Star. They were playing Wolves that Saturday in a game that would go a long way to deciding the destination of the title. Just one more leg and they’d be back in Manchester for a meal and a sleep in their own beds.

Bill Foulkes, David Pegg, Kenny Morgans and Albert Scanlon started playing cards again. Across the aisle, Roger Byrne, Billy Whelan, Ray Wood and Jackie Blanchflower had their own game going. Bobby and Viollet chatted, trying to work out what had gone wrong in the second half in Belgrade.

The first attempt at a take-off was aborted. So too was a second. Frank Swift, the former Manchester City goalkeeper who had become a journalist, demanded to know what was going on. There was a technical fault, they were told. Everybody had to return to the terminal while it was fixed. 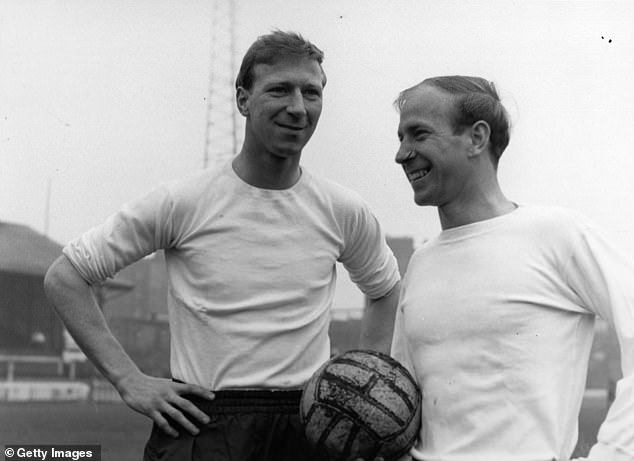 Coffee was ordered, but before it arrived, they were ready to attempt a third take-off. There was grumbling, and some doubts: how could the fault have been remedied so quickly? Everybody returned to the plane. The mood had subtly changed. The players were quieter, more reflective. The card schools didn’t start up this time.

Morgans and Pegg went to the rear of the plane where Peter Jones, Edwards, Tommy Taylor and Eddie Colman sat with the journalists, seemingly in the belief it was safer back there.

There was a pause. They were one short. Alf Clarke, it turned out, was phoning through the story of the delay to the Manchester Evening Chronicle. He boarded to ironic cheers and good-natured mockery. Bobby, for reasons he could never explain, didn’t take his overcoat off before buckling himself in. 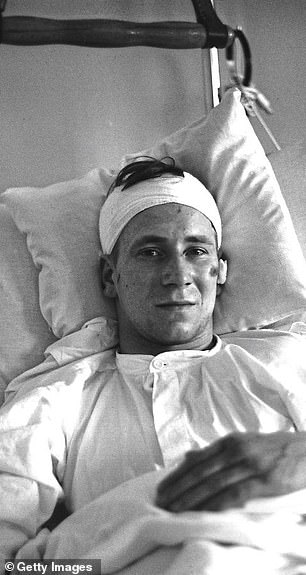 A mood of apprehension settled over the plane. ‘Now or never,’ said Byrne. Jones, who hated flying, was noticeably pale. Foulkes took his shoes off and tucked himself down, reasoning that if his head was below the seat it wouldn’t be crushed should anything go wrong.

‘If this is it,’ said the devoutly Catholic Whelan, ‘I’m ready.’ Bobby turned away from Viollet and stared out of the window. He saw the snow-covered airfield bounce by. There was a terrible thump and then ‘the grind of metal on metal’ and then… nothing.

Sirens wailed. Leading from the plane was a curiously straight line of bodies, some moving, many not.

Viollet asked Bobby what was going on. ‘Dennis,’ he replied, ‘it’s dreadful.’ It was an honesty he would always regret.

Bobby stumbled over to Busby and draped his overcoat around his manager’s shoulders. Somebody told him Byrne was dead. Foulkes was nearby, dazed in his stocking feet. Harry Gregg, having already pulled a baby from the wreckage and dragged Bobby and Viollet out of range of a possible explosion, was using his tie as a tourniquet to try to staunch the bleeding from Blanchflower’s arm.

Later, after suffering crippling headaches and anxiety, Gregg found out he had done it all with a hairline fracture of the skull. The scene at the hospital was confused. Abruptly, Bobby snapped, screaming abuse at an orderly. He felt a sharp prick in his neck as a doctor gave him an injection and then, again, nothing.

Cissie Charlton had a premonition. She had felt unsettled all day and in the early afternoon trudged through thick snow in Ashington to see a neighbour to discuss her sense of anxiety. She had just got home when the local newsagent called round. Before he’d said anything, Cissie knew. ‘It’s Bobby, isn’t it?’

He wanted to warn her before putting out the placards saying that Bobby had been involved in a crash. He told her that early reports suggested there had been no survivors. Cissie rushed to the public phone box to call Old Trafford but the snow had brought the lines down. 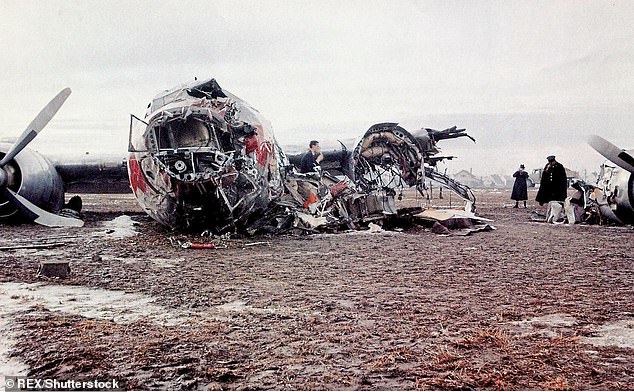 The secretary of Leeds United, Arthur Crowther, burst into the dressing room. The players had finished their post-training baths and Jack was standing naked in the middle of the floor, towelling himself dry and joking with the forward Bobby Forrest. There was no opportunity, Crowther decided, for delicacy. He announced the news of the crash and said that nobody knew how many had died. The room fell silent.

Jack dressed quickly and rang his wife Pat to ask her to meet him at the station so they could go up to Ashington. He broke down and wept as he had never wept before.

The train journey was awful. Other passengers blithely discussed details of the crash. At Haymarket bus station in Newcastle, Jack picked up the Evening Chronicle. It carried news that Bobby was among the survivors. 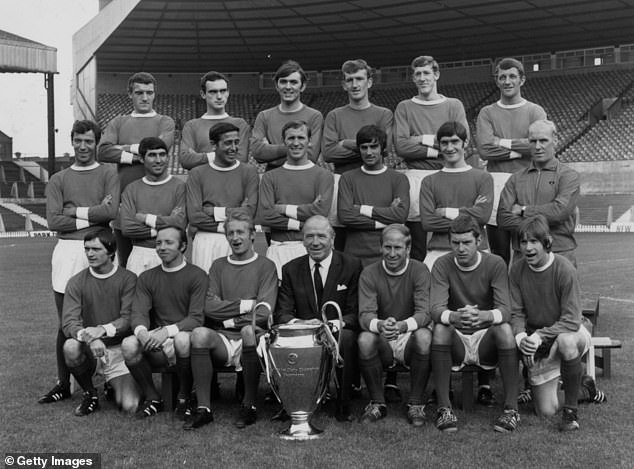 Matt Busby (front middle) finally won the European Cup in 1968, a decade after the accident

When Bobby regained consciousness, he was in a hospital bed, his head stitched and bandaged. A German patient lay in a nearby bed with a newspaper. From the photographs, Bobby knew he was reading about the crash. Noticing he was awake, the German said gently, ‘I’m sorry.’

Bobby had seen the bodies. He knew there had been fatalities. He asked the German who had made it and who hadn’t.

Reading remorselessly from the newspaper, the German went through a grim roll call: 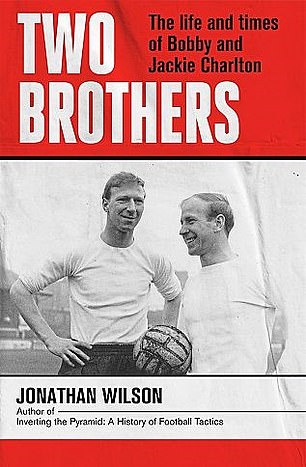 And so too, from their injuries, would later die the co-pilot Kenneth Rayment and the player Bobby always believed was the greatest he had ever seen, Duncan Edwards. The days in the hospital were brutally lonely. Other survivors were visited by members of their family, but Bobby had nobody. He was single, his father was unable to get away from the pit, Jack had his commitment to Leeds and his mother, who underwent surgery for breast cancer three months earlier, had been advised not to travel unless absolutely necessary.

After a few days Bobby was able to return home by train and was met by Cissie and Jack at Liverpool Street. He barely spoke throughout the journey to Newcastle.

No day would go by when he wouldn’t think about the crash.

Adapted from Two Brothers: The Life And Times Of Bobby And Jack Charlton by Jonathan Wilson, to be published by Little, Brown on August 11 at £20. © Jonathan Wilson 2022.