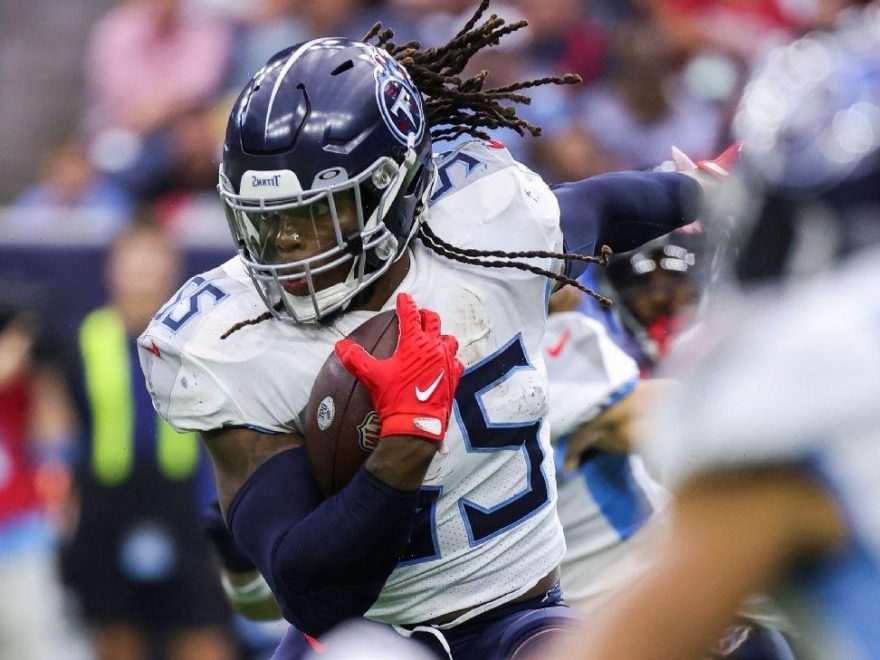 Week 11 of the NFL season gets started Thursday night with a matchup between the 6-3 Tennessee Titans and 4-6 Green Bay Packers (-3, 41) at Lambeau Field. The Titans are coming off a 17-10 win over the Broncos, and the Packers are off a 31-28 win over the Dallas Cowboys.

What can we expect from a betting standpoint for Thursday night’s game?

The Packers ended a five-game losing streak last week, knocking off the Cowboys, and are now a 3-point favorite vs. a Tennessee team that has won six of its past seven. Are you buying that the Packers are back or taking a Titans team that continues to find ways to win?

Marks: Weather conditions are expected to be brutal; 20 degrees, 20-mph winds, possible snow and temperatures feeling in the single-digits. Rodgers should thrive in these hometown conditions, where the Packers score on 37% of their offensive drives at compared to 20% on the road. The Titans are the worst second-half team in the league, scoring on only 7% of their offensive possessions.These are two of the slowest paced teams in the NFL. I will play the Packers -3 and the under.

Snellings: I’ll be contrarian and take the Titans with the points. They’ve just been playing at a higher level than the Packers, consistently, all season. Plus, the weather conditions seem to work more in the Titans’ favor, with their emphasis on the power run game. Trying to tackle Derrick Henry, in freezing weather, all night long? By about that 15th or 20th carry, I could imagine that’s a very un-fun prospect for the Titans’ defense.

Fitz: I love the Titans in the matchup. LOVE. The Packers have been bad against the run this season and they are about to take on a Titans team that won’t stop trying to run the ball no matter what. The under is always my “Thursday Night Football” favorite and in this matchup I think the Titans are going to slow this thing to a crawl to maximize time of possession. The loss of center Ben Jones is big for the Titans’ offensive line but even that won’t help Green Bay. This feels like a “pay attention to us, too” moment for Tennessee

Two-time defending NFL MVP Aaron Rodgers has had a down year by his standards. His props for Thursday vs. the Titans are 247.5 passing yards. 22.5 completions, 33.5 attempts and 1.5 TDs. Are you taking any of those?

Dolan: Rodgers over 1.5 passing touchdowns. He has hit over this mark in seven of 10 games played this season. The Titans defense is bad against the pass, ranking 31st and allowing 273 passing yards per game. Green Bay is averaging just 19 points per game, but I think the Titans defense could be exposed through the air.

Marks: Rodgers over 1.5 passing TDs, over 33.5 passing attempts. The Titans have one of the best rushing defenses in the league, so teams have to pass against them to win. Quarterbacks are averaging 40 passing attempts per game against Tennessee (Patrick Mahomes tossed it 68 times), and 80% of the Packers’ TDs have come via the pass and 90% of TDs the Titans are allowing are through the air.

Fitz: I like the over on 1.5 touchdowns simply because Green Bay won’t run the ball well in this matchup and the only way the Packers stay in it at all is to rely on Rodgers. I also think, though, that the Packers will be ripe for turnovers so playing Rodgers over .5 interceptions feels like easy money.

The NBA season is here. Sign up for ESPN Fantasy Basketball today! Play for free

The Titans go as Derrick Henry goes. Henry (923 yards) is eight yards behind Saquon Barkley for the NFL lead in rushing. His rushing prop for Thursday is 97.5 yards and he is the betting favorite at +225 to end the season with most rushing yards. Are you playing either game prop or future?

Marks: Henry over 97.5 rushing yards. Henry is the straw that stirs the Titans’ drink and now faces a Packers defense that ranks 27th in the NFL against the run (28th in yards before contact and 25th after). Henry is averaging over 120 yards per game, and with weather conditions expected to feel in the single digits, he will be hard to tackle — let alone anyone who wants to try.

Schatz: It isn’t just that Henry gets by far the majority of the Titans’ carries, but also that the Packers defense is miserable against the run. They rank last in the league in defensive adjusted line yards and 31st in stuffing runners for a loss or no gain. Especially in the cold weather, Henry should have no problem piling up rushing yardage, and I like him to go over his rushing prop.

Snellings: Henry over 97.5 rushing yards. As I mentioned above, this shapes up like a Henry game, to me. The Titans’ reliance on him, the temperature, and the Packers’ struggles against the run combine to make him a play for me.

Fitz: I’ll echo everyone else. I’m confident in that over 97.5 rushing yards, but I also like the most rushing yards for the season. The Titans don’t ever get cute. They do what they do and they don’t really care about usage. The fact that Henry sits eight yards behind Barkley in a year where the Titans quarterback play has been either average (Tannehill) or just awful (Willis) speaks to their ability to run the ball even when you know they have no other options. I don’t see any reason that changes down the stretch for The King or his team.

Is there anything else you like or are playing in this matchup?

Fortenbaugh: Under 41 points for me. We know Tennessee wants to run the ball with Henry, which should work well against a Green Bay defense that ranks 30th in the NFL in Football Outsiders’ rush DVOA metric. The Packers put on a nice offensive show against Dallas, but this unit still ranks 25th in the NFL in scoring (18.5 PPG).

Marks: Aaron Jones over 24.5 receiving yards. Jones is the lead back for the Packers, even with AJ DIllon’s availability. The Titans only allow 3.9 yards per carry, so teams average less than 20 carries a game and become pass-heavy. Jones is a large part of the Packers’ passing attack and is averaging over 20 receiving yards per game (nine catches for 53 yards last game), and has 228 receiving yards on the season. The Titans have been vulnerable against receiving ball-carriers.

Moody: Ryan Tannehill under 187.5 passing yards. The Packers’ defense allows the seventh-most rushing yards per game. The Titans have relied heavily on Henry all season, and that trend seems set to continue. This season, Tennessee has run the ball on 52% of plays, tied for third-most in the league. The league average is 41%. With the matchup and weather, it makes sense for the Titans to run the ball. Tannehill has averaged 193.1 passing yards per game this season.