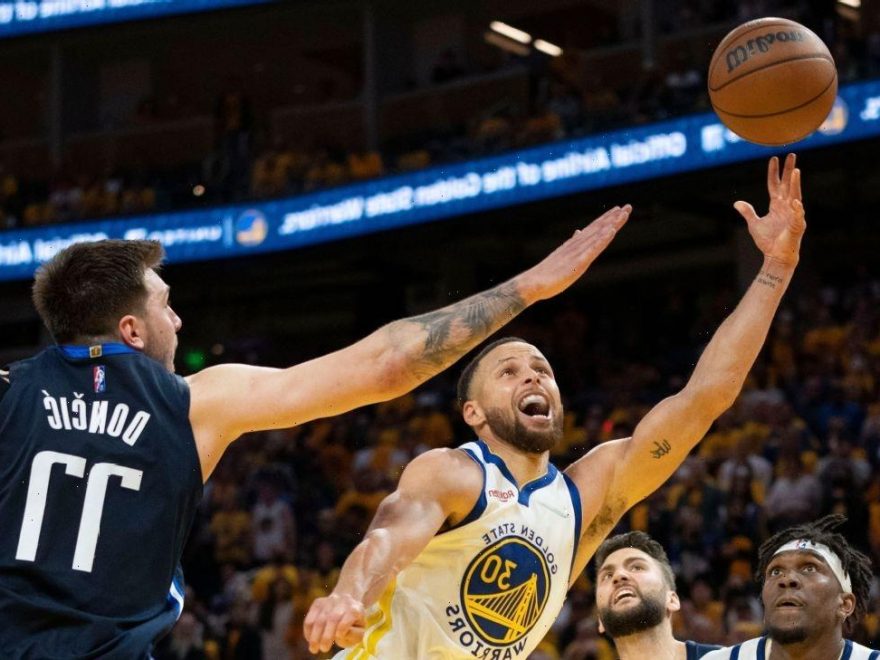 All odds are provided by Caesars Sportsbook.

What you need to know for Warriors-Mavericks Game 3

Don’t overreact: It is becoming increasingly clear that the Mavericks are putting the fate of their season in their ability to make 3s (56.7% of their shots have come from downtown) and with that comes extreme variance. What does that do? It opens up the window for value in-game. Through two games, Dallas has as many quarters with under 20 points as over 30 points (three), so keep an eye on the live lines after an outlier Mavericks quarter (in either direction).

Game of the night

Note: BPI numbers factor in players who are ruled out but assume questionable players will play.

Notable: The Warriors have covered three straight games, rebounding nicely from a seven-game stretch in which they covered just once.

Best bet: under 218 points. When at home, the Mavericks play entirely differently than they do on the road. In the playoffs, at home, the Mavs have been defensive stalwarts, allowing opponents to score only 93.5 PPG in their six games. The pace is slower, and the number of possessions shrink. In their six home games, the Mavs and their opponents have combined to average 198.8 PPG, and haven’t gone over 214 points in any game thus far. The Warriors can score anywhere, but in their last two playoff road games they’ve only managed 101 and 95 points. — Andre Snellings

Best bet: Stephen Curry under 26.5 points. I’m coming back to the well again. Curry scored only 21 points in Game 1 but exploded for 32 in Game 2. That was the best scoring effort for Curry against the Mavs this season: In the previous five matchups, he averaged only 20.2 PPG on 39.6 FG% and 34.1 3P%. In the playoffs, the Mavs’ defense has been dominant at home. It seems likely that Curry will revert to his normal production against the Mavs, which would be well under the 26.5-point line. — Snellings

Best bet: Curry over 26.5 points. Curry posted his 46th career postseason game of 30 points or more in Game 2 against the Mavericks, tying Dirk Nowitzki, the Mavericks legend and future Hall of Famer, for 11th in league history. Curry may have extra motivation to put on a show with Nowitzki most likely in attendance tonight. –– Eric Moody

Best bet: Jalen Brunson over 23.5 points+assists. Game 3 will see the Mavericks going after the Warriors more consistently in the paint. In order to do that, Brunson and Luka Doncic will be crucial. Averaging 25.5 PPG and 4.2 APG at home during the playoffs, Brunson has played well. He should reach or exceed those numbers in Game 3. — Moody

Best bet: Reggie Bullock over 11.5 points. The 21 points and six triples he scored in Game 2 were the most for him in a playoff game. In the first two games of this series, Bullock has played more minutes than anyone else with his ability to contribute on both ends of the floor. It would be advantageous for Bullock if Doncic and Brunson were more consistently in the paint in Game 3. This would give him more opportunities to shoot. In the 2022 playoffs, Bullock’s averaged 11.1 PPG. — Moody

Best bet: Luka Doncic over 41.5 points+assists. Doncic scored 42 points and dished out eight assists in Game 2. However, he had 18 potential assists. Doncic has been defended admirably by Wiggins so far in this series. Wiggins, however, could be slowed by an ankle injury in this one. For the Mavericks to win Game 3, they have to get other shooters involved, and I believe it will happen. In the 2022 playoffs, Doncic averaged 29.5 PPG and 8.3 APG at home. He could surpass those averages tonight. — Moody