The arrest of a high profile former table tennis player in Australia today has thrown light on a murky new betting market that opened up during COVID lockdown.

But nothing was attracting the punters quite like table tennis. In Ukraine, Russia, and across Europe, leading international players duked it out in tournaments televised online and designed to attract global punters. 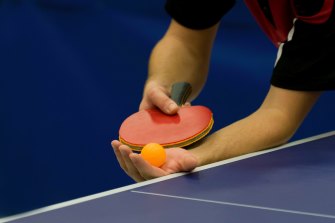 When betting on other sports stopped, table tennis took off.Credit:iStock

But along with an influx of betting on table tennis, Australian wagering agencies detected something else unusual.

The data suggested someone either was an astute punter who defied all statistical norms, had a crystal ball designed for international table tennis or knew in advance the outcome of certain matches.

So the nation's newest sports corruption watchdog, Sports Integrity Australia, and the NSW Organised Crime Squad were alerted. And overseas gaming authorities were also detecting their own anomalies.

The article also noted how Ukraine's Setka Cup required competitors to take a lie-detector test to ensure they didn't cheat.

NSW detectives have tracked betting trails tied to money remittance involving hundreds of thousands of dollars. Some of the funds appeared to tie back to an address in Newcastle, NSW, the home of a former Australian table tennis champion who had trained in Europe and had once been considered a 2012 Olympic hopeful.

Official sources have confirmed that Green is a key person of interest in what authorities suspect to be an international match-fixing operation that may yet draw in some of the biggest global names in table tennis. Police are investigating if Green or others have been paying players to fix a number of matches. 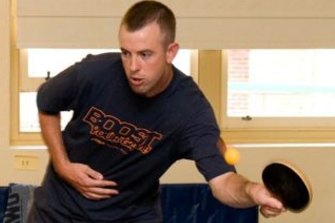 The raids in NSW would likely not have happened save for two developments. The first had happened in Victoria years earlier.

In 2013, the Victoria Police's future top cop, then deputy commissioner Graham Ashton, decided to make combating corruption in sport one of his legacies as an officer. Ashton, a former federal policeman, had been influenced by former colleagues who had gone on to work at the international soccer federation, FIFA, and Interpol fighting European match-fixing rings. 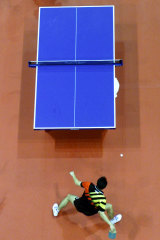 "We've been saying consistently this is a major threat to Australian sport," Ashton said at the time.

In the months and years after the arrests and charging of several tier-2 Victorian soccer players, Ashton convened sports corruption conferences with state, federal and international police counterparts and resourced a Sports Integrity Unit in the force to operate like an organised-crime busting taskforce.

It was told to use phone taps and other tools to uncover wrongdoing.

In NSW in 2014, the police organised crime taskforce announced it was following Victoria's lead, having gathered intelligence that overseas match-fixers were targeting local matches.

In 2019, Victorian detectives busted an alleged international esports fixing ring and, earlier this year, the fixing of matches at international tennis tournaments in Brazil and Egypt dating back to 2018.

The penalties faced by match-fixers when convicted in local Australian courts is often paltry – suspended sentences and fines – but Ashton's premise was always that the goal was something far greater than punishing the perpetrators: it was about protecting fairness in sport.

Another zealot with the same mantra was former federal police organised crime Assistant Commissioner David Sharpe, who was appointed to head anti-doping agency ASADA in August 2017 and who, a decade before, had managed the Canberra Raiders.

After becoming ASADA's chief, Sharpe tried to fix a gap in Australia's sports integrity regime caused by a lack of cross border co-operation between sporting codes, agencies and betting outfits.

After former NSW judge James Wood found the same problems in an inquiry in March 2018, the federal government in 2019 accepted Wood's recommendations to create a new national agency. Sharpe was appointed on July 1 to head Sport Integrity Australia and immediately began working with Ashton's sports integrity unit, the NSW police force's organised crime squad, and sporting codes and agencies across the nation.

As COVID-19 worked to slow down or stop wagering on the AFL, NRL, and A-league, online bookmakers noticed that major online bookmakers including SportsBet and TABtouch opened markets on international table tennis tournaments, including Moscow's Liga Pro and Ukraine's Setka Cup. Betting markets grew, but so did concerns among the agencies.

It was this concern that led detectives to Green's Newcastle home at around 6am on Wednesday. He's likely to face charges relating to corrupting the outcome of a sporting event – table tennis games in Ukraine – to procure a gambling advantage.

In the world of online punting there are no borders. And authorities fighting to protect fairness in sport are now roaming freely too.

In Canberra, as Green was raided by NSW police, Sport Integrity Australia was preparing to brief European authorities about the case. Arrests overseas are possible, official sources said.

Whatever the ultimate outcome, the borders that once shielded suspected match-fixers from the attention of parochial law enforcement no longer offer the same protection.

At the end of each day, we’ll send you the most important breaking news headlines, evening entertainment ideas and a long read to enjoy.  Sign up to The Sydney Morning Herald’s newsletter here, The Age’s here, Brisbane Times’ here, and WAtoday’s here.