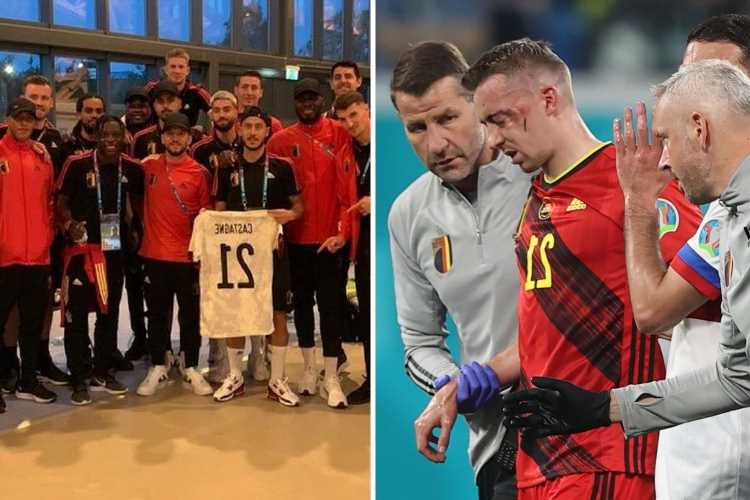 BELGIUM'S Euro 2020 squad has dedicated the 2-1 win over Denmark to Leicester City's Timothy Castagne after he was sent home with a broken eye socket.

The full-back picked up the injury after a horrific clash of heads with Russia's Daley Kuzyaev midway through the opening Group B clash. 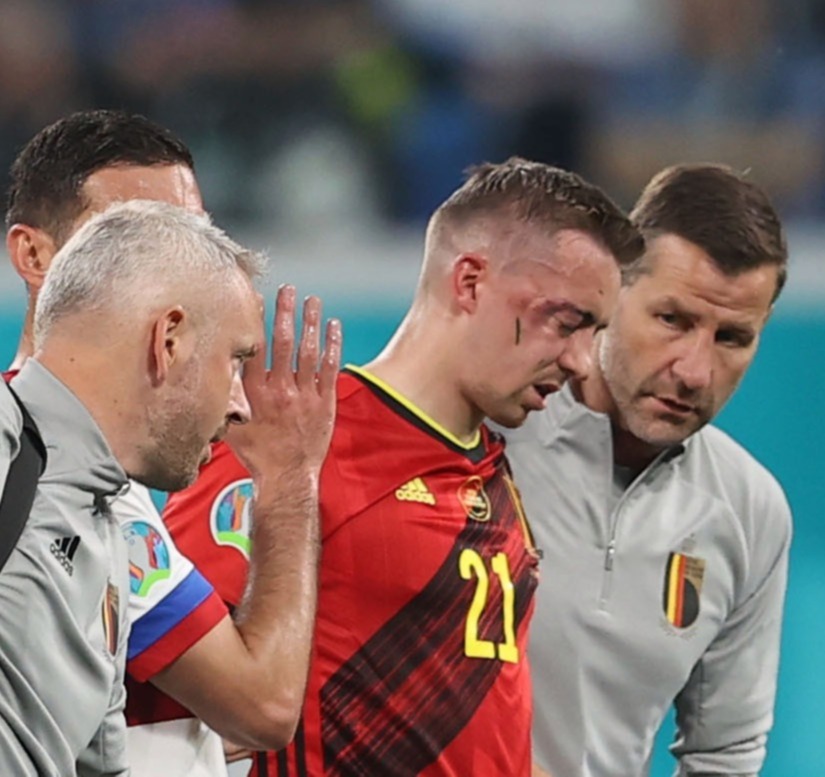 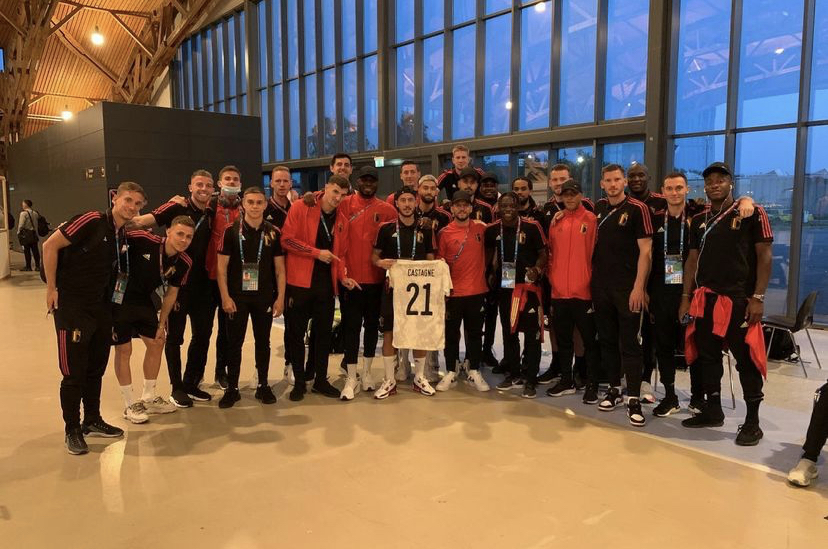 Castagne broke his eye socket, which could have been a career-ending injury.

And it required a six-hour operation to fix, alongside metal parts to aid the recovery process.

Lukaku, after starring in Belgium's 2-1 away win against Denmark, posted a picture to Instagram of the Belgium squad holding Castagne's shirt, dedicating the win to the Foxes full-back.

He captioned the post: "Tough game but another win! Great atmosphere we really enjoyed it!

"@timothycastagne we love you bro this victory is for you!"

According to HLN in Belgium, if contact was made 3cm higher, Castagne could have suffered enough neurological damage to end his playing career.

The flying full-back is expected to miss the next six to eight weeks, making it in time for Leicester's Premier League opening weekend fixture against Wolves on August 14.

Castagne required surgery back in 2015 to fix his vision troubles from exophoria, in the aftermath of another serious collision during a game.

Castagne said: "From childhood, I suffered from exophoria, a condition in which the two eyes are turned slightly outwards.

"My brain corrected that which allowed me to see optimally, but after the collision with Ibou I felt my vision deteriorate. I saw double, suffered a lot from migraine attacks.

"When I also saw white spots in front of my eyes in a cup match against Charleroi, I felt that it couldn't go on like this.

"Even after four or five scans, no doctor found a medical cause for my vision problems. I was really worried.

"That way I couldn't keep playing at a high level.

"A small cut in both eye muscles has ensured that I have been freed from my double vision.

"I was not allowed to do anything for the first month after the operation. No television, no computer, no cell phone.”