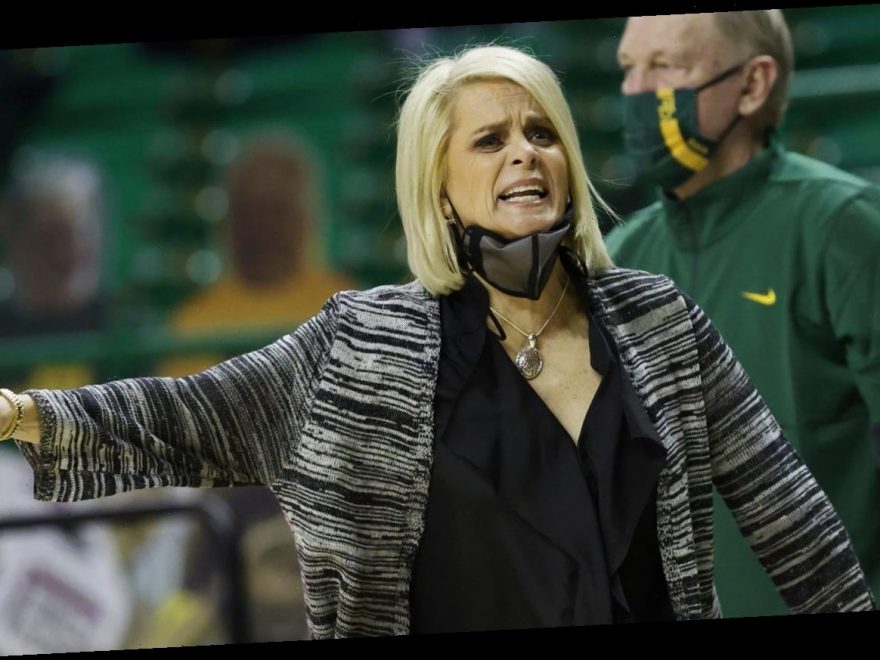 Returning to the sideline for the first time in nearly a month, Baylor women's basketball coach Kim Mulkey was upset with her team's loss on Saturday, but even more with the circumstances surrounding it.

The Basketball Hall of Famer was coaching in her first game since contracting COVID-19 on Christmas Day — and her team's first game since the program went on pause Jan. 5 due to a team member testing positive.

"The season will continue on. It's called the almighty dollar," Mulkey said Saturday after the No. 6 Lady Bears lost 75-71 to Iowa State, ending their 61-game home-court winning streak, which was the longest in Division I women's basketball.

Since their previous game on Jan. 2, the Lady Bears have had a nonconference showdown with No. 5 Connecticut canceled and a pair of Big 12 conference games postponed.

"I understand, COVID is real. I've had it — come talk to me sometime. But I don't know … all the calls and procedures, that's gonna go on and make it unusual, uncomfortable for every program," Mulkey said. "We're no different at Baylor."

Meanwhile, women's basketball teams at Duke, Virginia, SMU and San Jose State have chosen to end their seasons early due to the threat of the virus. The lack of a cohesive plan for all schools has been a sore spot for many coaches.