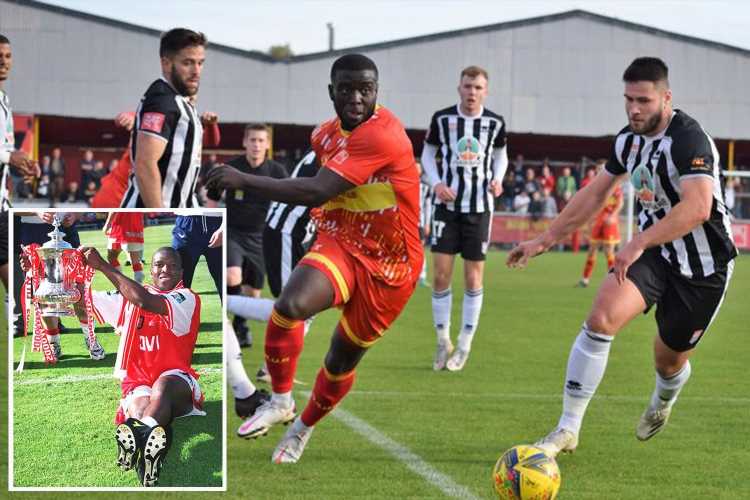 CHRIS WREH knows all about the magic of the FA Cup.

The Banbury striker’s father, Christopher, scored the goal that took Arsenal to the final in 1998, where they beat Newcastle 2-0. 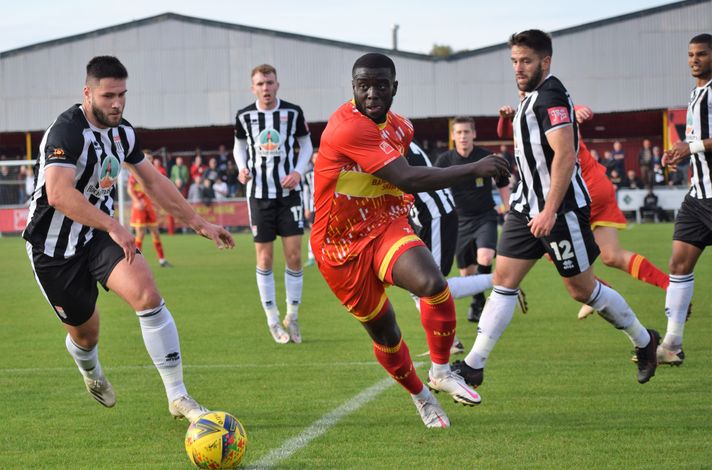 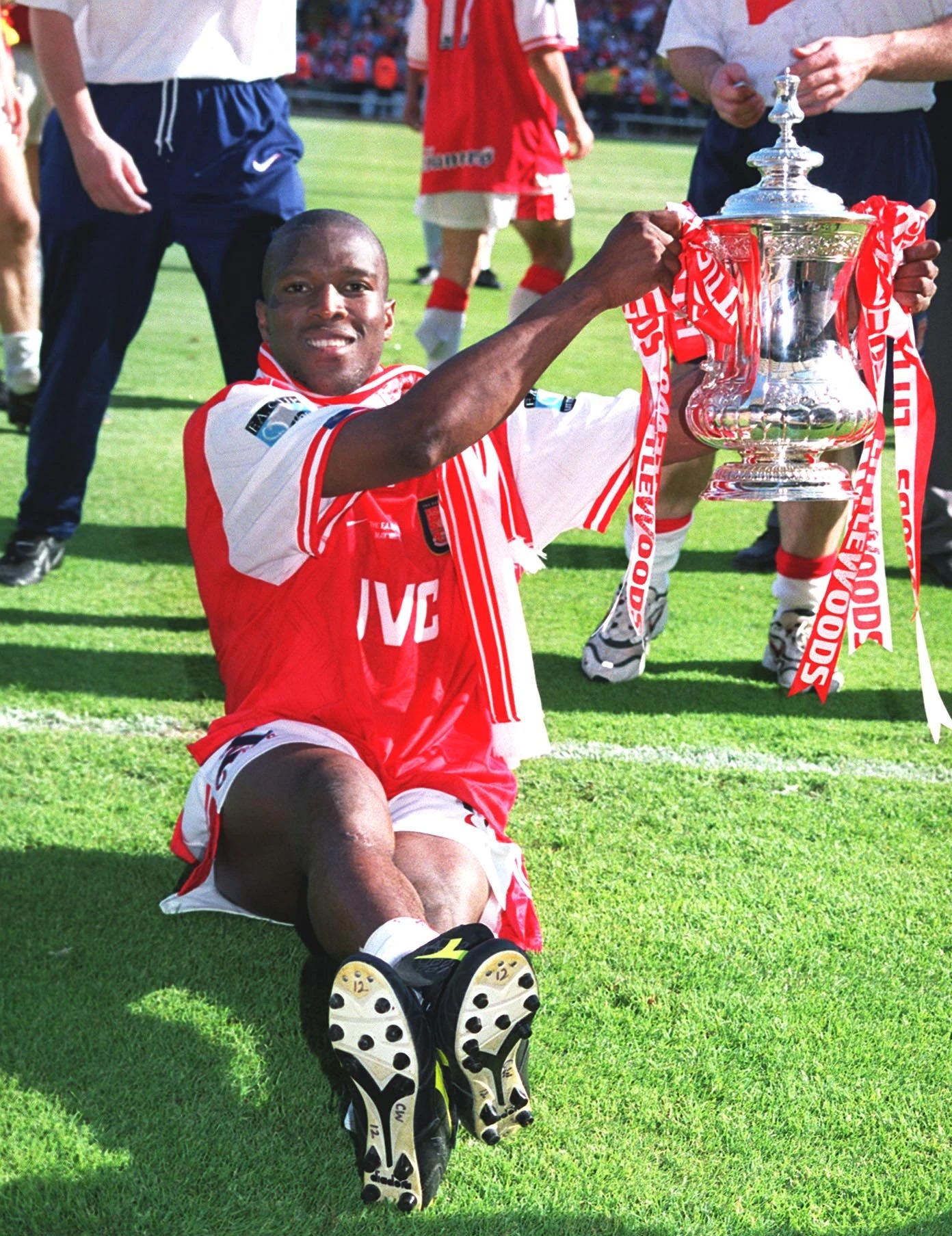 Wreh Snr, poached from Monaco the previous year by boss Arsene Wenger, sunk Wolves as the Gunners went on to claim a first league and cup Double since 1971.

And he was named in the starting XI on that sunny May afternoon at Wembley — alongside such star names as Patrick Vieira, Emmanuel Petit and Marc Overmars.

Now his son is hoping to make a name for himself in own right when seventh tier Banbury, who are based in Oxfordshire, host League Two Barrow in front of the ITV4 cameras on Saturday night.

Wreh, 25, said: “I was only two when dad scored in the semi-final and played  the final but what he achieved is embedded in me and my family.

“It’s obviously part of my background and I have seen all the videos of my dad.

“The Barrow game will be  a big day for me and it  obviously brings up dad’s  history in the competition.”

Wreh started his career at Northampton Town before joining the Arsenal academy — where his team-mates included the likes of Alex Iwobi and Chuba Akpom.

Managed by ex-Coventry and Brighton ace Andy Whing, the Puritans are on a 19-game unbeaten run — the longest in their history.

They have reached the FA Cup first round two seasons running and are aiming to progress to the second round for the first time by beating struggling Barrow, who are without a win in seven.

Wreh, who has netted eight goals so far this campaign, said: “It is going to be the  biggest game in my career, and we are going to work hard to  cause an upset.

“But I have to put all that to the back of my mind, push it aside and just do my best.”

Arsenal fan Wreh worked as a recruitment consultant before ditching his full-time job earlier this year to concentrate on his football career.

I have faith in my ability and I believe I can get better… He (my dad) does give me advice and tells me where I can improve.

He said: “I knew Banbury was the right place for me to sign when I spoke to the manager.

"They are helping me develop because my aim is to try and play as high up the leagues as is possible.

“I have faith in my ability and I believe I can get better, so I will hopefully achieve it.”

Liberia-born Wreh Snr, 46, who also had stints in the English lower leagues with Bishop’s Stortford and Buckingham Town, is back living in his home country, where he is assistant coach of the national team.

And the proud father will be tuning in this evening from the capital, Monrovia, to watch his son.

Wreh said: “We have brief conversations about all the people he’s played with. But to me he’s just my dad, so we don’t speak about his football career religiously.

“He does give me advice from time to time and tells me where I can improve.”