ARSENAL'S hat-trick hero Pierre-Emerick Aubameyang was spat at by a Valencia fan in a disgusting attack caught on TV cameras.

The hate-filled supporter lurched over the boardings to spit at Aubameyang as Gunners team-mates congratulated him for his final goal in a Europa League semi-final romp. 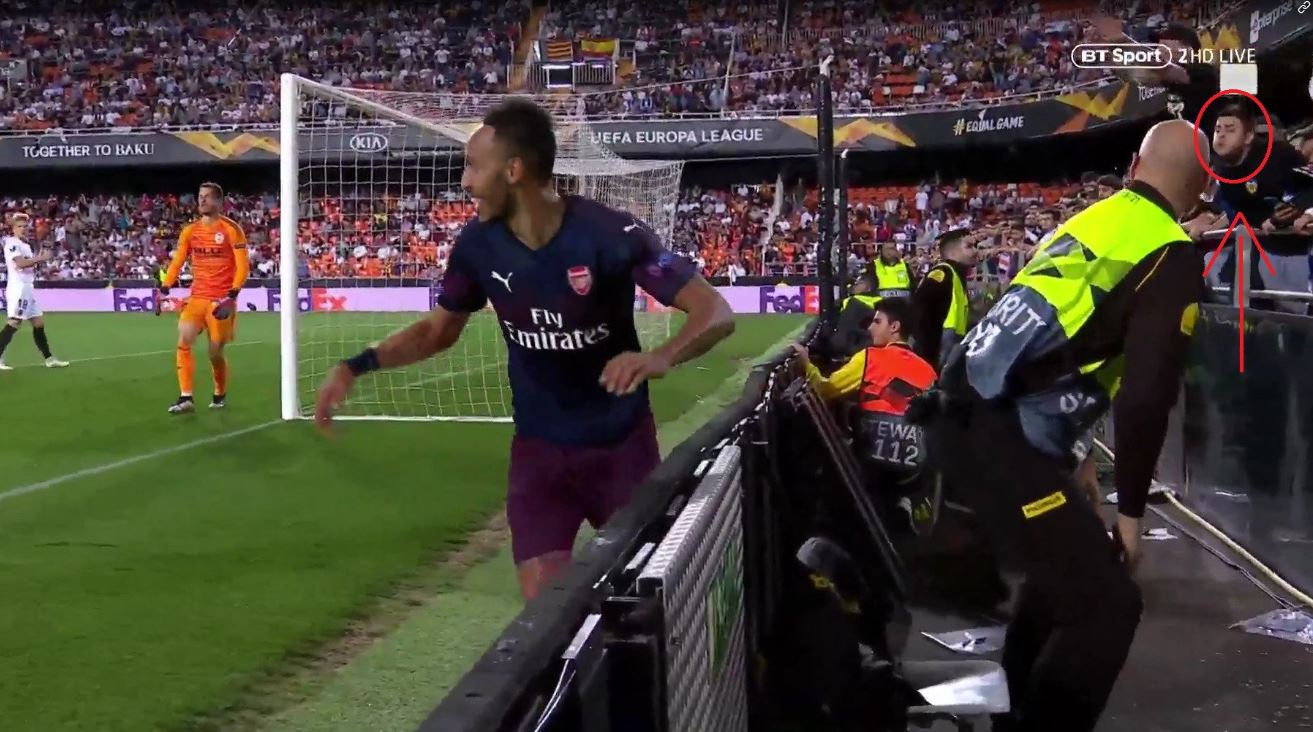 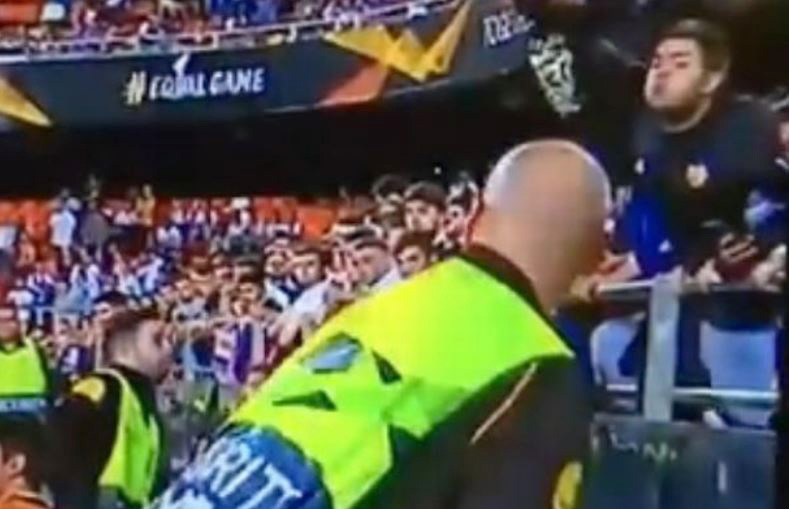 The fan's astonishing attack at close range was slammed on social media after Aubameyang had clinched a 4-2 away win for a 7-3 aggregate success.

One tweet said: "Football is so beautiful and then there are idiots like this Valencia fan who tries to spit on Aubameyang. I guess that's the bad side of some fans.."

Other posts labelled the spitting assault "horrible" and disgusting".

And many armchair viewers were so shocked at what they saw they had to tweet to ask if they had really witnessed it.

One said: "Did that due in the crowd try and SPIT at Aubameyang??"

At least the Gunners' Gabon star could comfort himself with not just his triple tonic – sealed by a cracker in the 88th minute – but also by widespread acclaim for his display.

Typical of this was a post saying: "The best striker of this European week is playing tonight. What an absolute phenomenon Pierre-Emerick Aubameyang is. To enjoy!"

And it was much smoother out on the pitch for the Gunners, once Aubameyang quickly cancelled out an early opener for Valencia's two-goal frontman Kevin Gameiro.

Aubameyang's strike-partner Alexandre Lacazette clipped home the Gunners' other goal as the visitors' stunning show of firepower set up an all-English final with Chelsea.

Arsenal boss Unai Emery said: "I am very proud of the players and the supporters.

"We knew we had to be calm after they scored and we needed to control our emotions.

"It is very difficult to score four goals against this team because they are very organised.

"It gave us confidence to score quickly we know our strikers are taking chances." 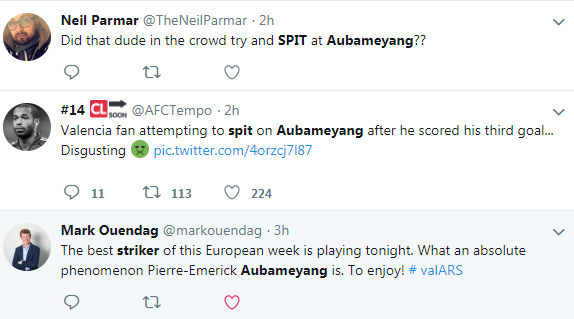