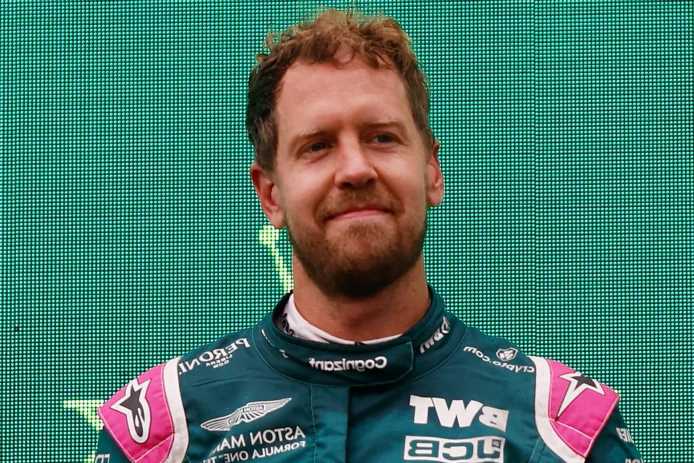 The German legend, 34, crossed the Hungaroring finish line in a superb second place behind shock winner Esteban Ocon and ahead of old rival Lewis Hamilton. 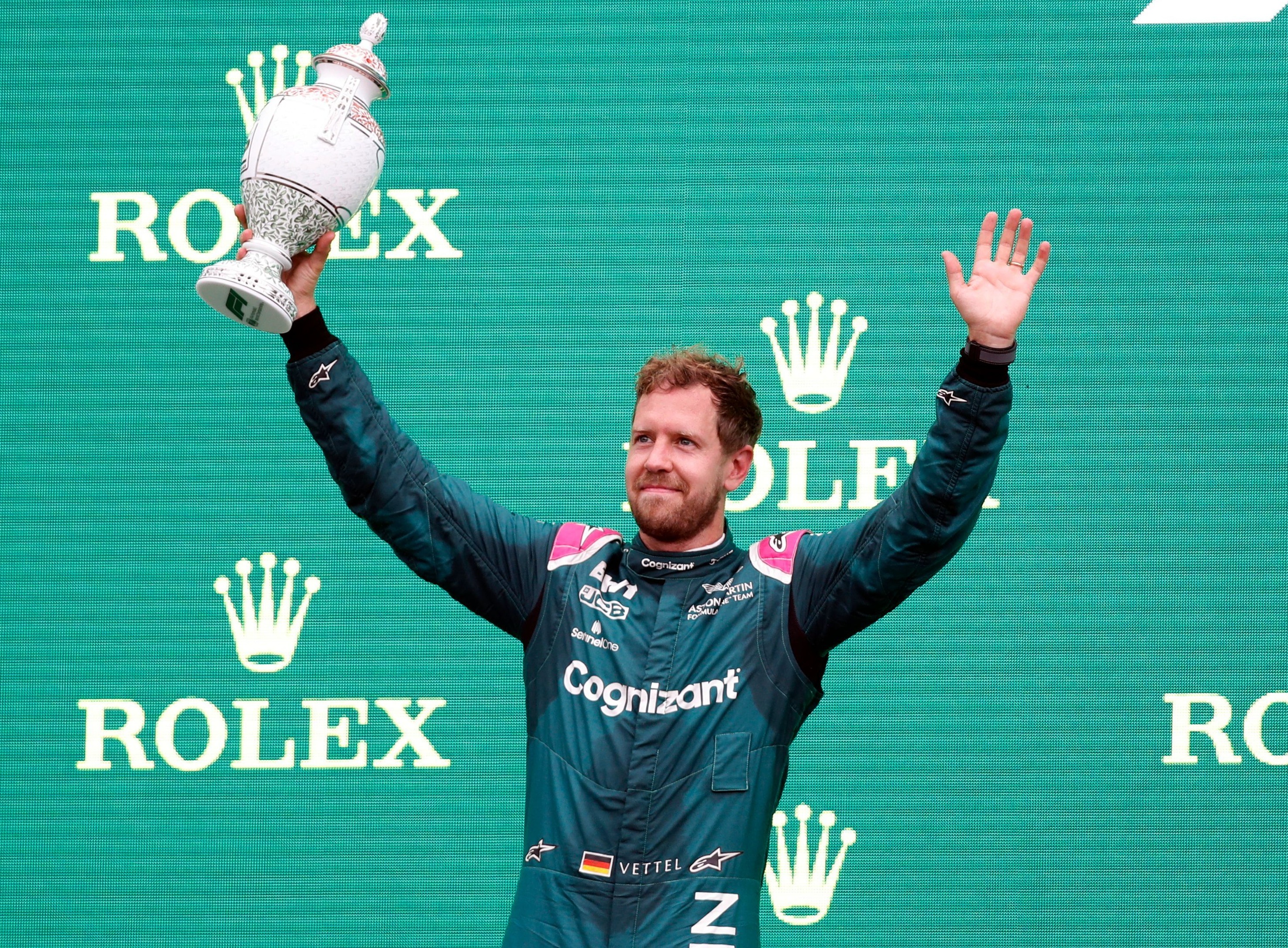 It was only Aston Martin's second-ever podium finish in Formula One.

But just four hours later, Vettel was disqualified after stewards claimed they were unable to take the one-litre fuel sample from his car.

Aston Martin released a statement claiming the car had 1.74l of fuel still in the tank and would request a 'right of review' following the FIA's ruling.

However, the request has been denied after stewards revealed they were only able to extract 0.3l of fuel from Vettel's car.

The team can now launch an official appeal should they feel they have a strong enough case.

"Under F1's rules, in order to secure a right to review, the team must show 'significant and relevant new' evidence to the stewards.

"After the hearing the FIA revealed that Aston Martin had discovered that a faulty fuel pump meant a 'significant amount of fuel was inadvertently discharged from the fuel cell of Car 5', meaning FIA personnel could only extract 0.3 litres.

"This was accepted as 'new evidence' but in their decision document, the stewards said it was irrelevant why there was less than 1.0 litres of fuel in the car.

"They wrote that in order to secure a right of review: 'Aston Martin would have had to present facts that actually more than 1 litre of fuel was remaining.

"'The explanation why this requirement could not be met is not relevant to the decision as to whether a breach of the regulations has occurred.'

"Therefore the officials dismissed the request for a right of review, which means Vettel's disqualification from the race stands.

"Though that could still change if Aston Martin continue with their appeal, which is a separate process."

During an incident-packed weekend in Hungary, Vettel had already been issued a reprimand for failing to remove his rainbow T-shirt ahead of the race.

The Aston Martin driver wore the shirt with the words 'same love' across the front having previously worn shoes sporting a rainbow flag in a message against Hungary's anti-LGBTQ+ law.

'We Race As One' is a platform launched by F1 last year that counts diversity, inclusivity and sustainability as its core principles.

Drivers are free to wear apparel with a message that is supportive of the initiative's principles.

But they were instructed to remove any such T-shirts before the national anthem and wear their race suits in a pre-race note issued by race director Michael Masi.

Vettel failed to remove his T-shirt for the national anthem – but claims he forgot to take it off after it began raining. 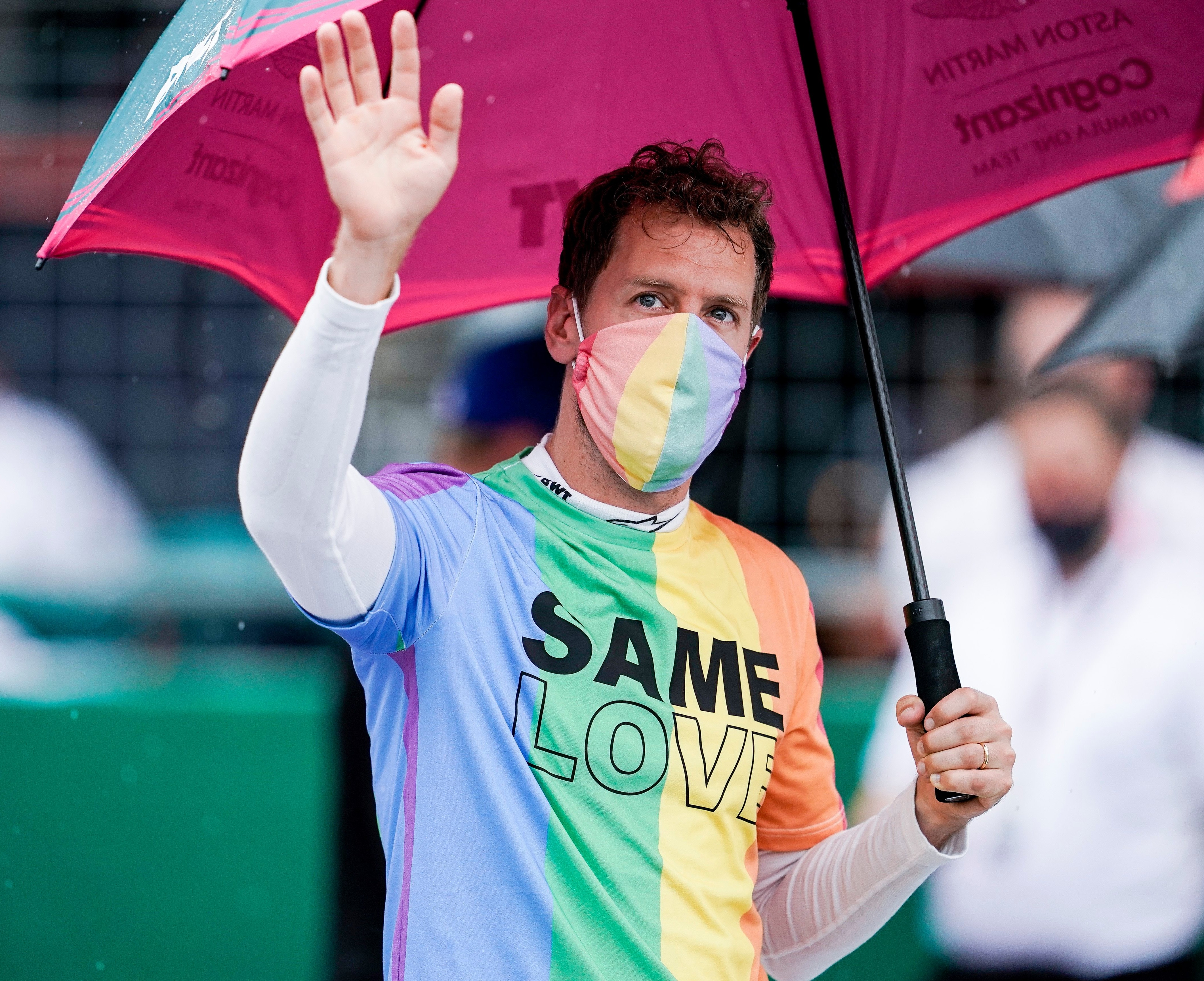