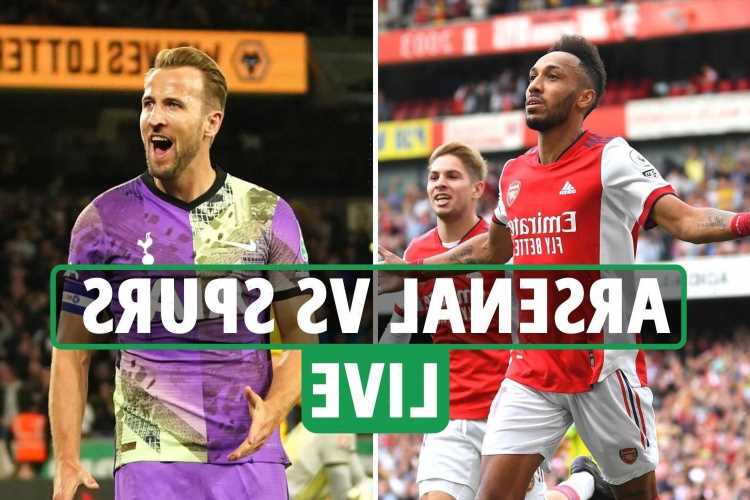 ARSENAL host Tottenham at the Emirates in a crunch North London derby TODAY.

The Gunners started the season in woeful fashion, but have now won their last three games on the bounce in all competitions. While Spurs have gone four without victory.

When is Arsenal vs Tottenham?

What TV channel and live stream is Arsenal vs Tottenham on?

Sky begin their coverage at 4pm.

Arsenal boast a fully-fit squad ahead of their North London derby clash with Tottenham, Mikel Arteta has confirmed.

Granit Xhaka has served his three-match suspension and recovered from coronavirus while Thomas Partey played an hour of the 3-0 Carabao Cup win over AFC Wimbledon.

Kieran Tierney is also fit to play having appeared in some discomfort during last weekend's 1-0 win over Burnley.

Ahead of the North London derby, Arteta confirmed: "Hopefully everyone is available, so good news.

"We have one more session before the game, but in general everyone is feeling good. It's good. Let's continue like this."