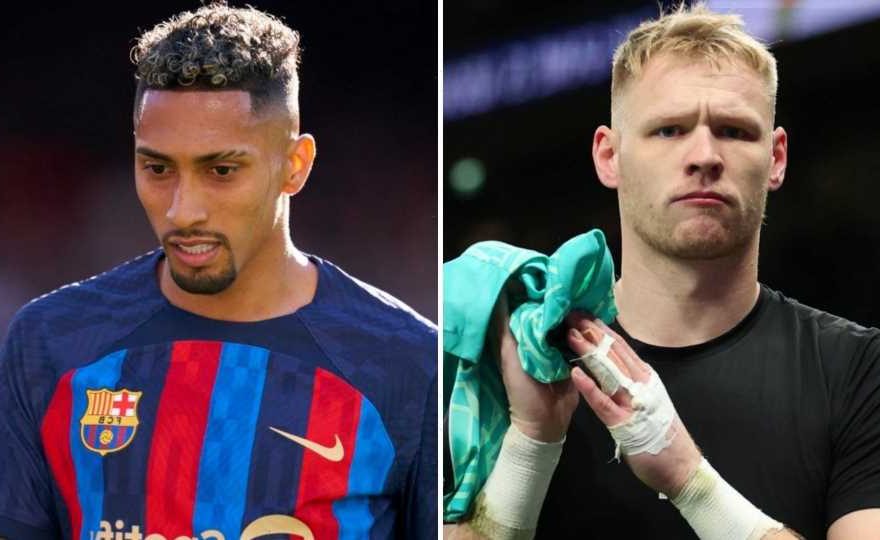 ARSENAL goalkeeper Aaron Ramsdale was KICKED by a Tottenham fan after the Gunners' 2-0 win over Spurs.

Tottenham released a statement condemning the fan as tempers flared in the North London derby.

And the FA alongside the police will be further investigating the matter.

Meanwhile, Raphinha has rejected Arsenal for the second time amid speculation that the Gunners were eying up a January move for him.

And Paul Merson has slammed Tottenham boss Antonio Conte for not making changes in the first half.