PIERRE-EMERICK AUBAMEYANG admits he wants to become a club legend at Arsenal after an impressive first full season at the Emirates.

The Gabonese striker, 29, is the Gunners' record signing following his £60million move from Borussia Dortmund in January 2018. 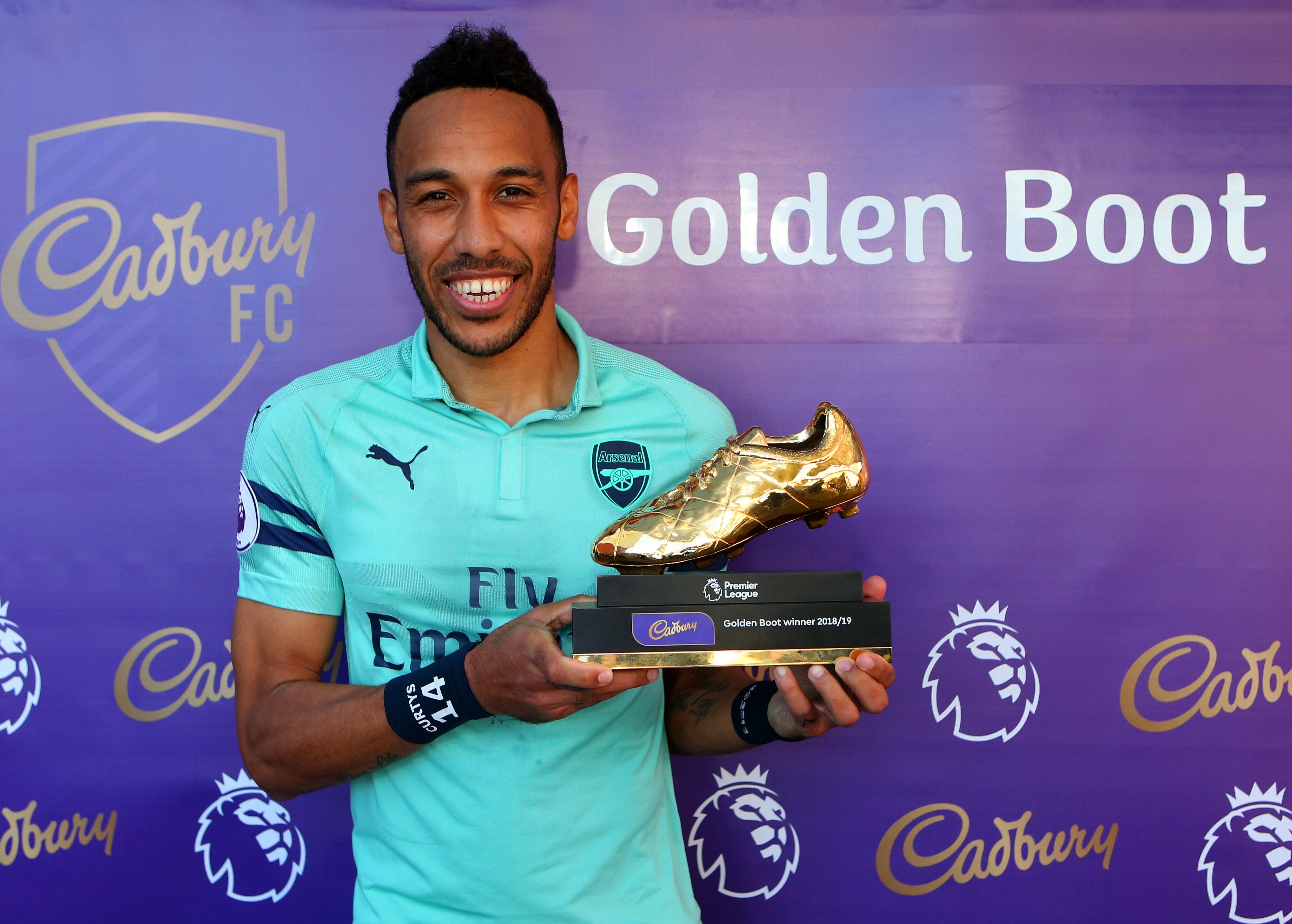 And after setting the record for the fastest Arsenal player to score 25 Premier League goals – taking him just 37 matches – he now has his eyes on writing his name in the club's folklore.

This season, no one scored more than his 22 league goals, meaning he won the Golden Boot alongside fellow Africans Mohamed Salah and Sadio Mane.

And he is following in the footsteps of another African Premier League legend, in Didier Drogba who won the Golden Boot in 2007 and 2010.

Speaking to RMC, Aubameyang said: "Of course it's fun and I'm very happy, but it was challenging for me to come to Arsenal and impose myself as a great striker.

"Now I want my name to become a legend there.

"When Drogba arrived, he was a little younger than me and he destroyed the Premier League, in a good way."

And Aubameyang is well on his way to securing legendary status.

He has now racked up 41 goals in all competitions for the Gunners – still some 184 behind Thierry Henry's record.

Aubameyang's first hat-trick for the club helped Arsenal qualify for the Europa League final and he knows more goals in the final would certainly help his reputation in North London.

Victory against Chelsea in Baku would secure Champions League football for Arsenal next season, giving him another chance to star against Europe's elite.

But he knows one man will be particularly crucial to his success at the club: Alexandre Lacazette.

Speaking of his relationship with his strike partner, Aubameyang added: "I already knew his style of play, our first meeting was great. We share the same view of football.

"We joke and like to laugh. On the pitch, all it takes is a look. It’s natural.