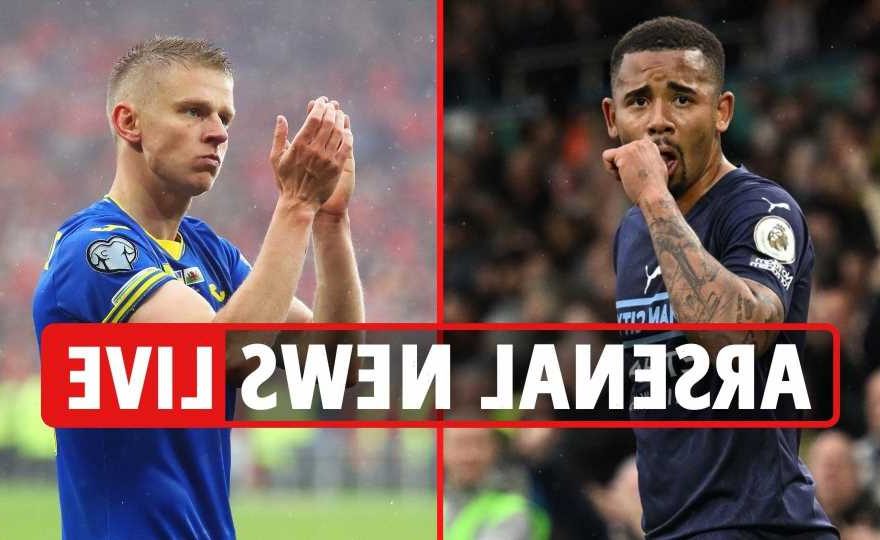 ARSENAL are reportedly keen on bringing Oleksandr Zinchenko to the Emirates this summer.

Mikel Arteta is looking for cover for Kieran Tierney going into next season and is also said to be willing to use the Ukrainian in midfield.

The Gunners also seem to be edging closer in landing their top transfer target Gabriel Jesus this summer.

The Brazilian has reportedly agreed personal terms and informed friends he is in favour of a switch to the Emirates.

Reports from Spain suggest that the Man City star has a verbal agreement with the club that he can leave for a fee of £38m-£43m.

Meanwhile, Napoli are hoping to pinch Ligue 1 Player of the Year William Saliba from under Arsenal's noses according to reports.

And Sassuolo ace Gianluca Scamacca has revealed that he isn't thinking about a move away from Italy amid speculation linking him to the Gunners.

Stay up to date with all the latest from the Emirates…