ARSENAL have the least amount of days rest between the final game of last season and the first of next.

The Gunners beat Chelsea 2-1 in the FA Cup final on August 1 to win the silverware for the 14th time. 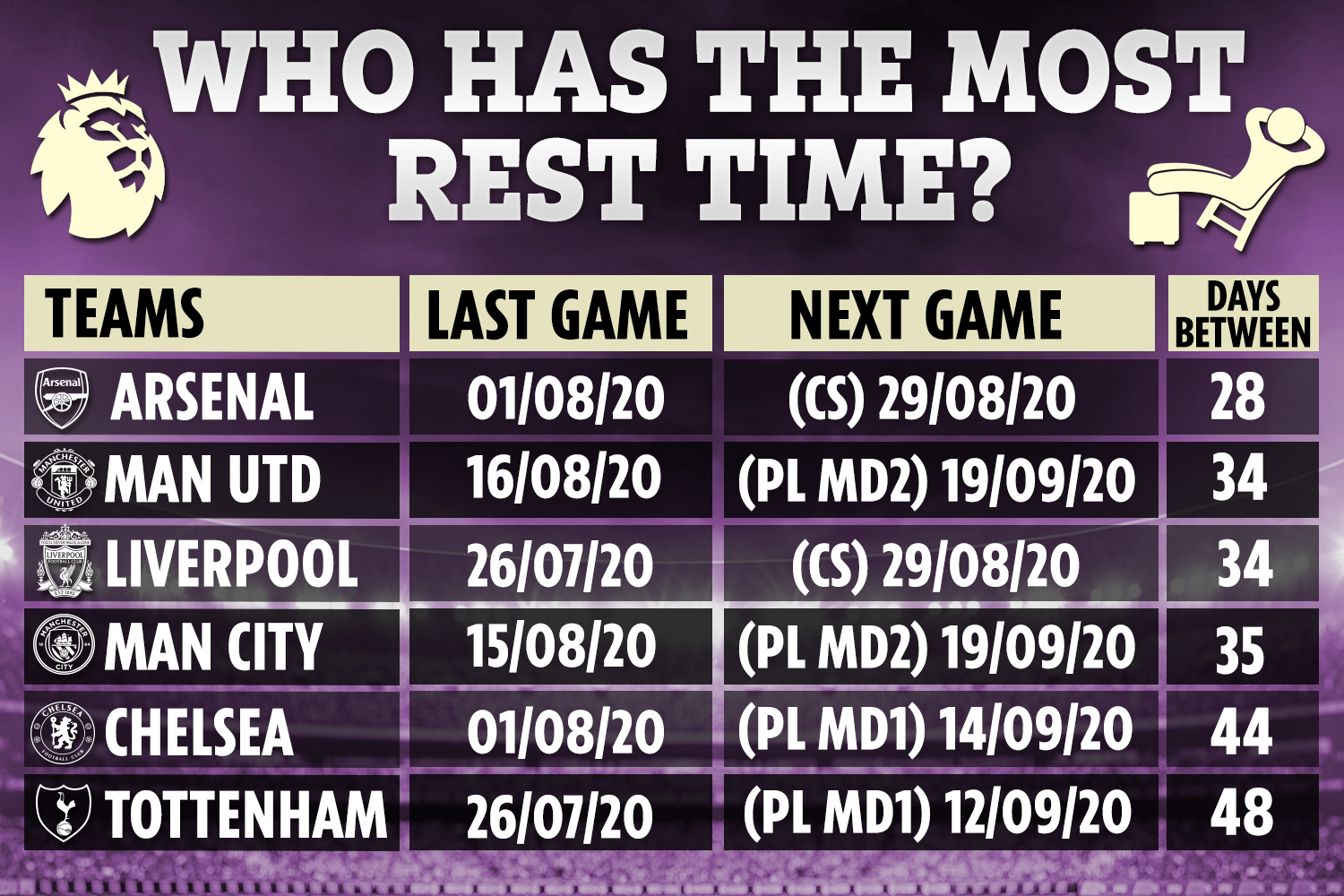 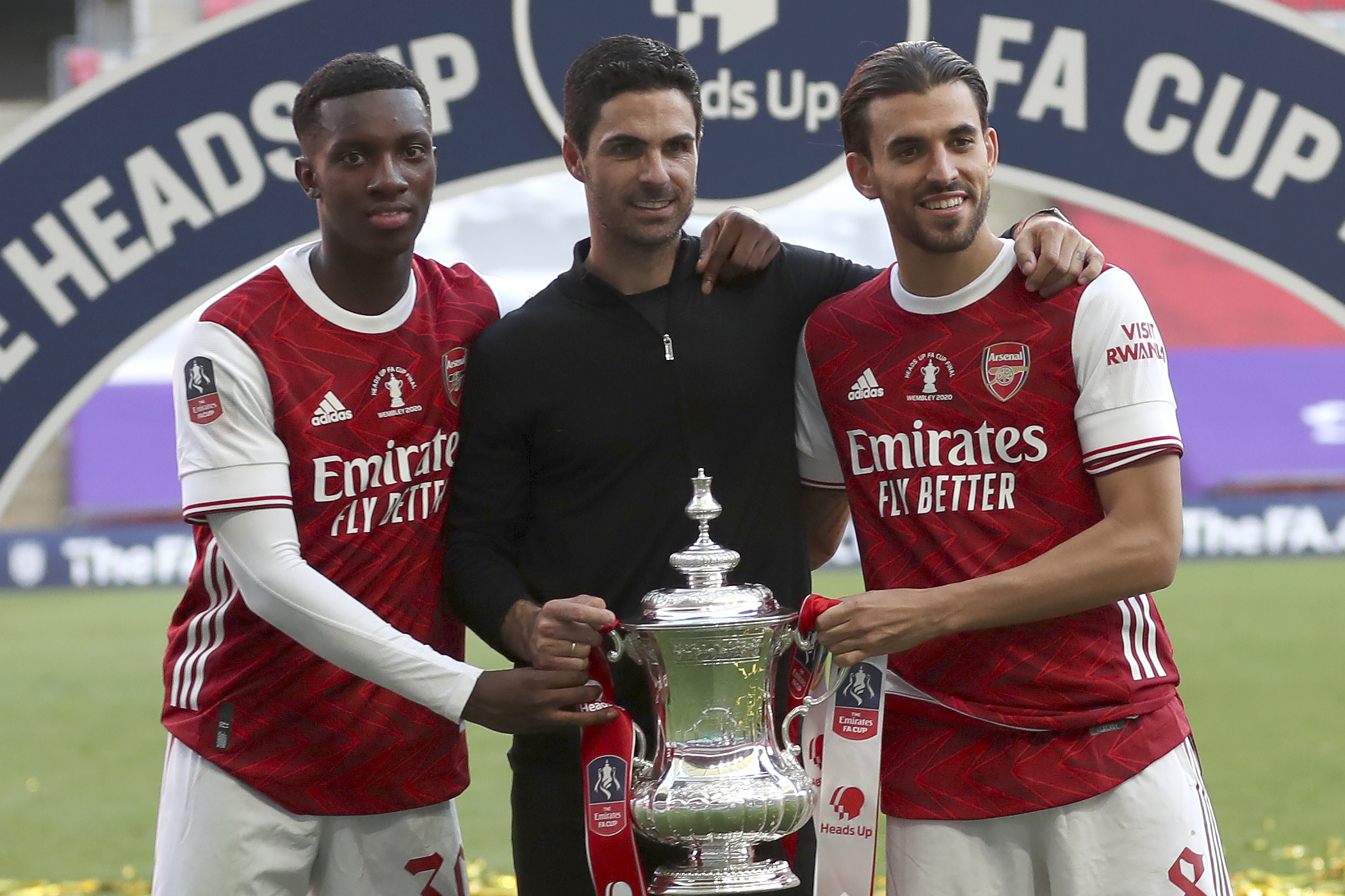 But hopefully their celebrations didn't go on for too long with the new season coming up quickly for them.

Here, SunSport checks out the how many days rest each of the top six will have had before kicking off the new campaign.

Mikel Arteta ended a difficult season with some silverware as Pierre-Emerick Aubameyang once again proved to be the matchwinner against Chelsea in the FA Cup final.

The Gunners will face Liverpool in the traditional curtain-raiser for the news season, the Charity Shield.

That will take place on August 29 – so just 28 days following their Wembley triumph. 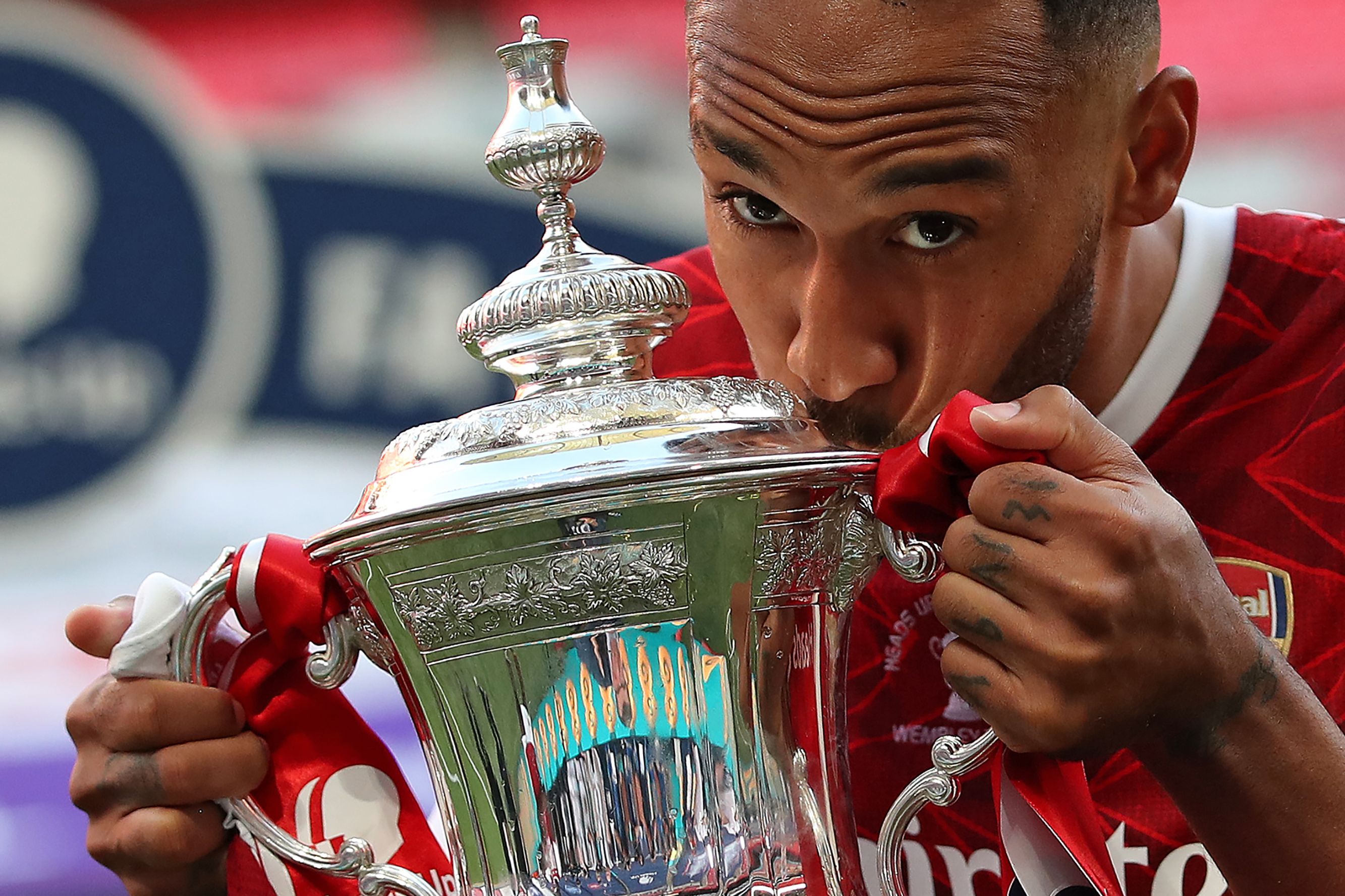 It might have been even less time off for United had they not fluffed their lines against Sevilla in the Europa League semi-finals.

Many had them tipped to all the way in that, but perennial Europa League success-stories Sevilla came from behind to secure a 2-1 win.

That was on August 16. They will host Crystal Palace on September 19 meaning 34 days off. 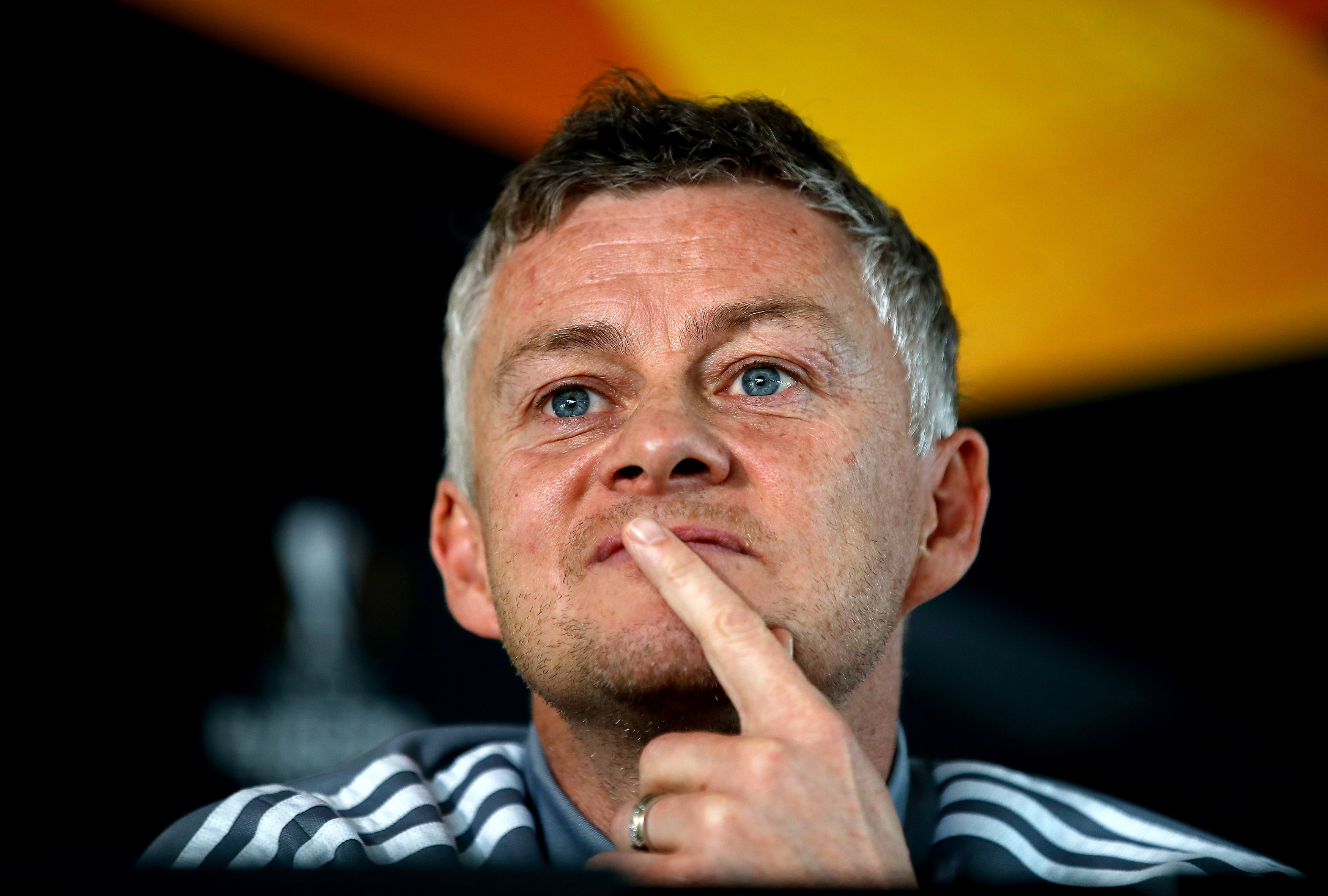 Many might say Liverpool went off on their hols as soon as the Premier League title was sewn up with games to go.

But they did win their last game of last season, 3-1 against Newcastle to end up on 99 points.

Their first game of the new season will be against Arsenal in the Charity Shield on August 29, meaning 34 days break.

Like their Manchester rivals, City were also hotly-tipped to finally win the Champions League.

But they flopped when it mattered most, losing 3-1 to Lyon to exit the competition on August 15.

They are next in action on September 19 away to Wolves. 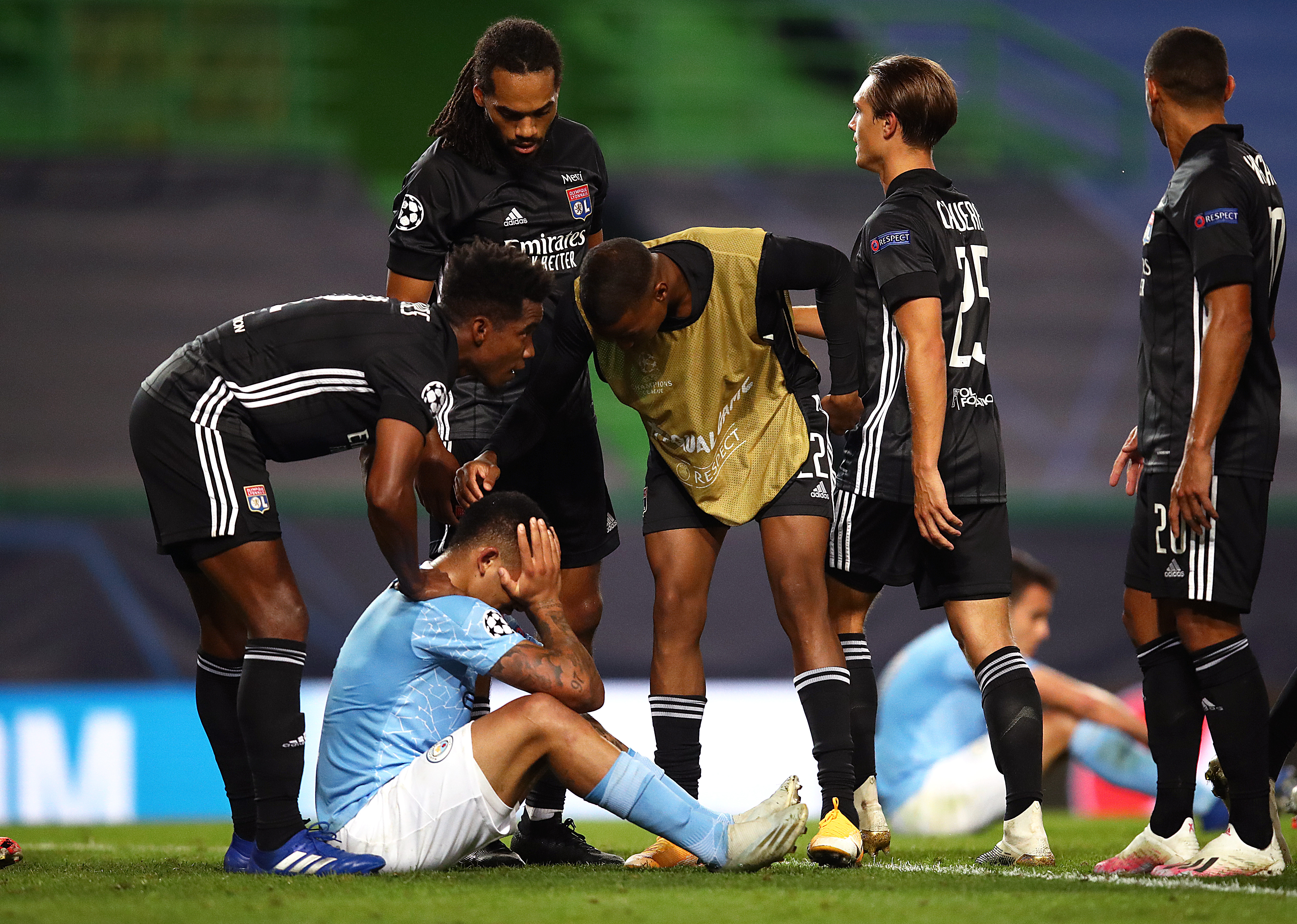 Chelsea have the second-longest break of all the big six – but boss Frank Lampard will hope the squad aren't stewing too much after the FA Cup defeat to Arsenal.

The Blues will host Brighton on September 14 with new signings Timo Werner and Hakim Ziyech hoping to hit the ground running.

It will be a whopping 44 days since their Wembley disappointment

It is Jose Mourinho's troops who have the biggest break of the summer at 48 days.

Spurs will host Everton at their futuristic stadioum on September 12.

Their last game was a dull 1-1 draw ay at Crystal Palace on July 26.