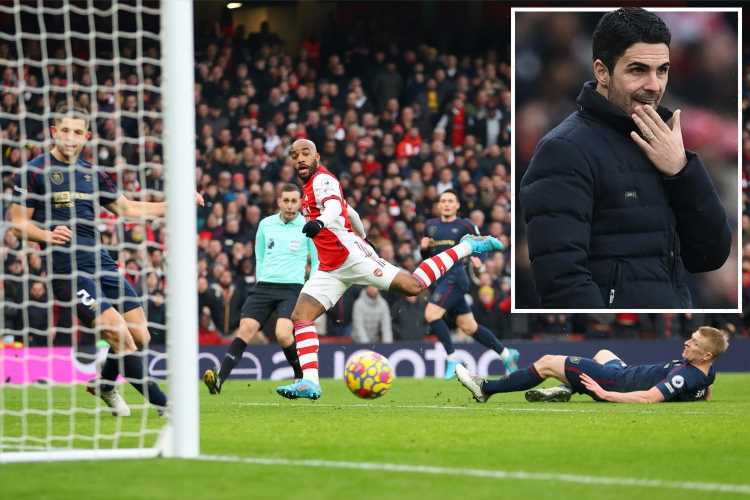 ARSENAL suffered a huge blow to their top four hopes after being held to a goalless at home by Burnley.

The Gunners went into the clash with just 33 goals to their name in the Premier League – the fewest out of the top seven. 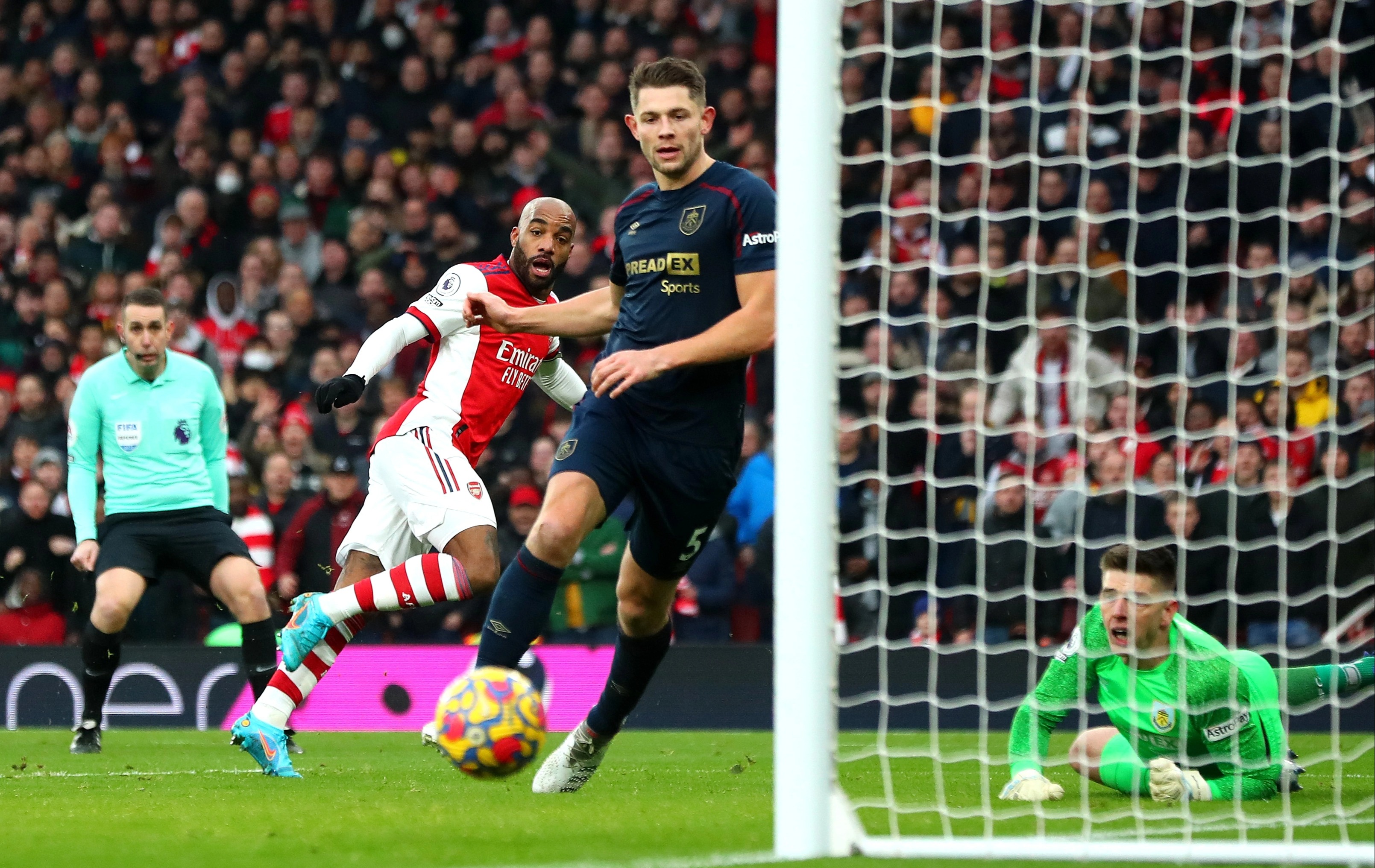 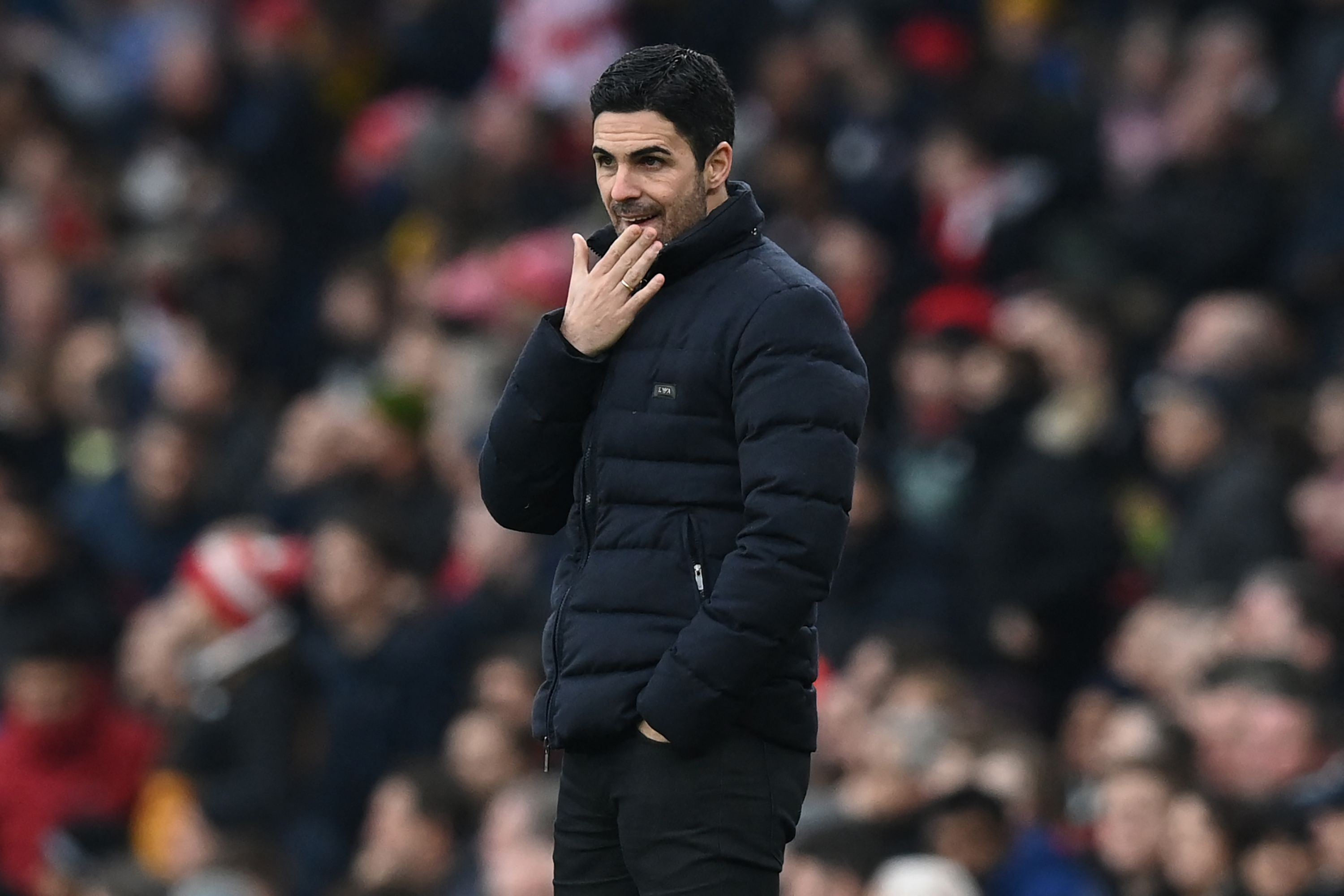 The lack of cutting edge ensured that they failed to find a way past the stubborn Burnley backline in the first period.

Arsenal had over 75 percent of possession and 12 shots in the first half but only two were on target.

And Sean Dyche’s men looked comfortable defending against Mikel Arteta’s side as the crowd began to grow frustrated.

Martin Odegaard whipped a free-kick onto the roof of the net after the restart as the hosts attempted to step it up a gear against the strugglers.

And they thought the deadlock was broken when a corner was drilled to the edge of the area and met by Emile Smith Rowe, but the star’s powerful drive was brilliantly saved by Nick Pope.

Arsenal’s poor finishing then cost them again as Smith Rowe burst down the left to draw out Pope before squaring for Alexandre Lacazette. 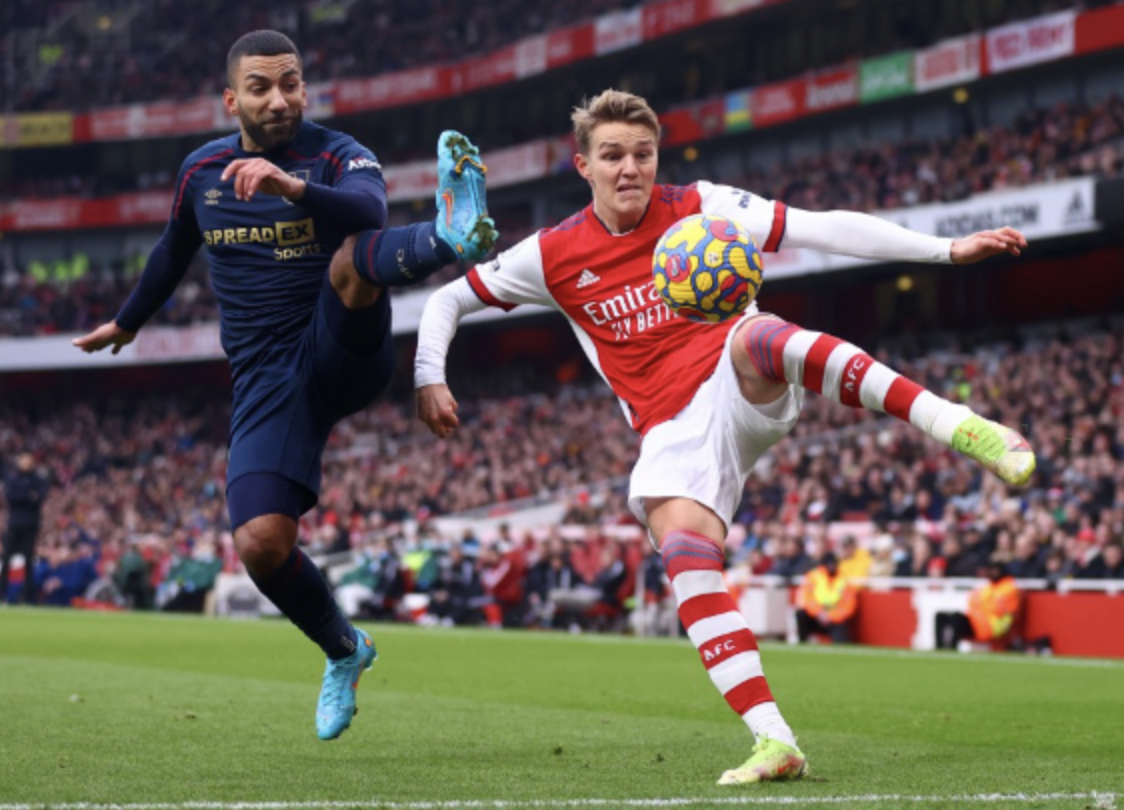 But with an open goal to aim at, the Frenchman’s toe-poke was wide of the far post as his team failed to conjure up a winner.