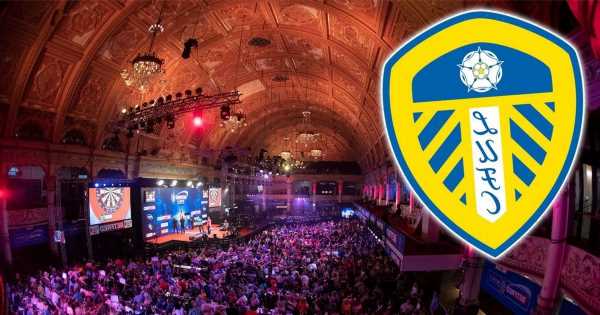 The new football season is yet to begin, but it was seemingly on the minds of members of the crowd at the World Matchplay darts in Blackpool on Friday night.

After a thrilling night of action on Thursday, which saw Dimitri Van den Bergh and Michael van Gerwen edge into the semi-finals, the second pair of quarter-finals are taking place.

The first sees Dutch pair Dirk van Duijvenbode and Danny Noppert clash for the right to face Gerwyn Price or Jose de Sousa in the last four. In the early stages of Van Duijvenbode-Noppert showdown, a chant of ‘we all hate Leeds, scum’ was clearly audible among the sold-out crowd at the Winter Gardens.

READ MORE: James Wade column: The plus side of World Matchplay exit and why I won’t be taking up golf

And it was noticed by fans on social media too, with many supporters of the Elland Road club seeing it as a back-handed compliment.

Another agreed: “‘We all hate Leeds scum’ at the darts again between 2 Dutchmen. People hate to admit it but we literally live rent free in everyone’s heads #lufc.”

Which is the football team you love to hate? Tell us in the comments section below.

Leeds returned to the Premier League after a 16-year absence in 2020, although they narrowly avoided relegation back to the Championship last season, winning at Brentford on the final day to condemn Burnley to the drop. Managed by American Jesse Marsch, Leeds begin their third successive Premier League campaign at home to Wolves on August 6.

At the Matchplay, the quarter-finals conclude with Price taking on De Sousa. Victory for the Welshman will see him reclaim the world number one spot from Peter Wright, whose Matchplay hopes were ended by Van den Bergh.