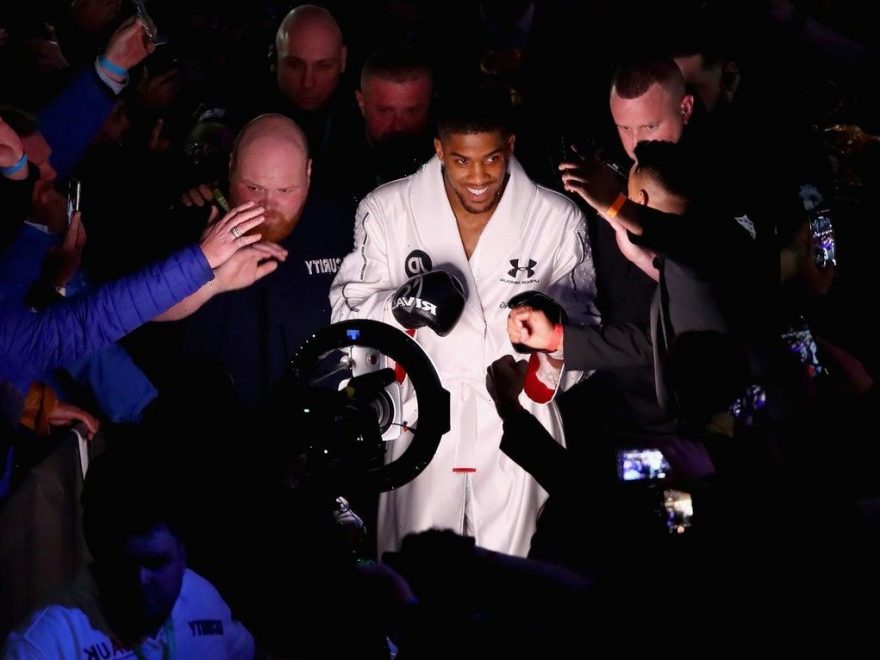 Anthony Joshua is set for his biggest fight on British soil in almost three years when he takes on the undefeated Oleksandr Usyk at a packed Tottenham Hotspur Stadium tonight.

Joshua defended his WBO, WBA and IFB belts against Kubrat Pulev in front of a limited crowd of 1,000 fans at the Wembley Arena in his last fight last December.

The 31-year-old faced Andy Ruiz Jr in the US and Saudi Arabia in 2019, as he lost his unbeaten record in a stunning upset before reclaiming his world titles six months later.

Joshua has not fought in front of a capacity crowd in the UK since he defeated Alexander Povetkin at Wembley Stadium in September 2018, and he will need the full support of those inside the stadium in north London if he is to defeat the dangerous challenger Usyk.

Here’s everything you need to know ahead of tonight’s fight.

When and where is the fight?

What time is the fight and when are the ring walks?

The fight will start around 10:30pm BST, though there is a chance that the results on the undercard could bring the start time up somewhat.

Expect the ring walks to come just after 10pm BST should there not be a series of early stoppages on the undercard.

What TV channel is Joshua vs Usyk on and is there a live stream?

Joshua is back on Sky Sports Box Office in the UK, though the pay-per-view price is yet to be revealed. That said, it is likely to be the same as last time: £24.95.

What are the fighters saying?

Joshua: “The date is set and we are fully locked in. September 25, Tottenham Hotspur Stadium, I put it all on the line again and it’s time to defend my crown. We are two Olympic Gold medallists who have fought our way to the top and never avoided challenges.

“The stadium is exceptional, the atmosphere will be electric, I’m honoured to be the first person to fight in such an awe inspiring venue. The stage is set and I am ready to handle business.”

Usyk: “The path will be mastered by the walking one.”

Eddie Hearn: “Olympic Gold vs. Olympic Gold, Unified World Heavyweight Champion vs. Undisputed Cruiserweight World Champion this one has it all and I can’t wait to stage this huge event in front of over 60,000 at the stunning Tottenham Hotspur Stadium on September 25.”

AJ is flying right now and while Usyk has the skills, it remains to be seen if he has the necessary size to mix it with the three best heavyweights in the world right now, who are giants compared to some of the champions in the past. We’ll lean towards Joshua inflicting a late stoppage to retain his belts.