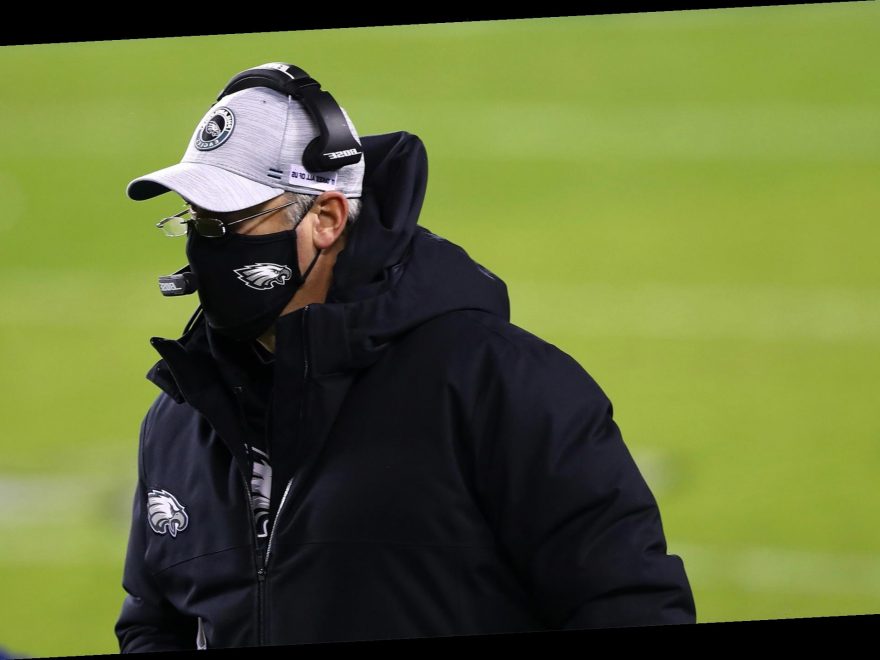 Jason Garrett is getting interest to be a head coach again

Even Doug Pederson’s own players were furious with the Eagles head coach for waving the white flag in Sunday night’s regular-season finale.

Two Philadelphia defenders had to be held back from confronting Pederson after he put in third-string quarterback Nate Sudfeld in the fourth quarter of the loss to the Washington Football Team, according to the Philadelphia Inquirer, a move that was immediately rebuked by former players, analysts and fans who claimed the Eagles were purposely throwing the game away in order to secure the sixth pick in the NFL draft.

Sudfeld relieved rookie starter Jalen Hurts with the Eagles down three points, threw an interception on his second pass, lost a fumble on the next possession, and did not come close to leading his team to a comeback in the 20-14 loss.

Pederson defended his decision, saying he wanted to get Sudfeld, a career backup, playing time for the first time in two years.

“We were struggling just a little bit to move the ball,” Pederson told reporters Monday. “Defensively, they kept us in the game with a couple of takeaways late. And my plan was to get Nate in the game.”

Pederson hinted last week that Sudfeld could see playing time, but many were stunned that he would make a change with his team well within striking distance.

While Hurts was 7 of 20 with one interception, he had rushed for two touchdowns and clearly gave Philadelphia, which also sat multiple starters for the entire game, the best chance at knocking its rival Washington out of playoff contention.

After being removed from the game, the NBC cameras panned to Hurts, who appeared to say, “It’s not right.” Hurts said afterward, “As a competitor, I play to win. You have to trust [Pederson’s plan].”

Perhaps no team was more upset with Pederson than the Giants, who needed the Eagles to win because it would have sent them to the playoffs over Washington.

“This is sickening,’’ receiver Darius Slayton tweeted shortly after Sudfeld entered the game.