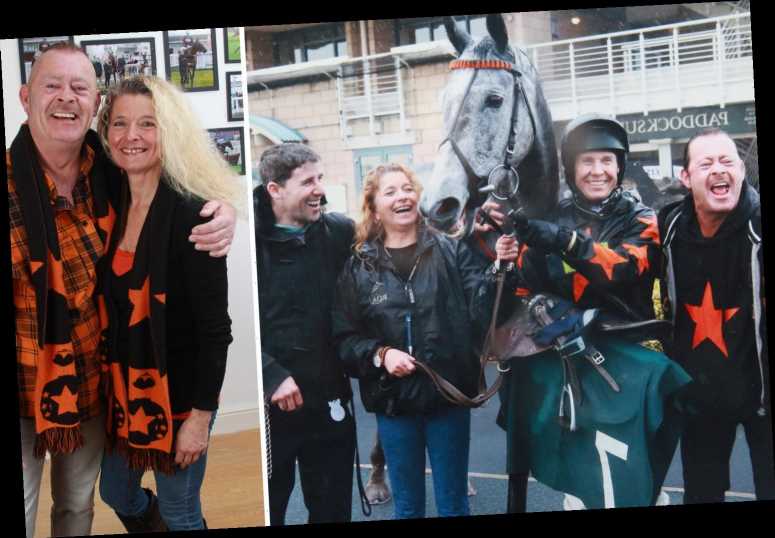 HAVING lost his job and his home Mark Dunphy took to sleeping in his car – but an amazing run of luck saw him transform his life by winning £5million.

And now he's off to the Grand National Festival at Aintree to see his best racehorse in action! 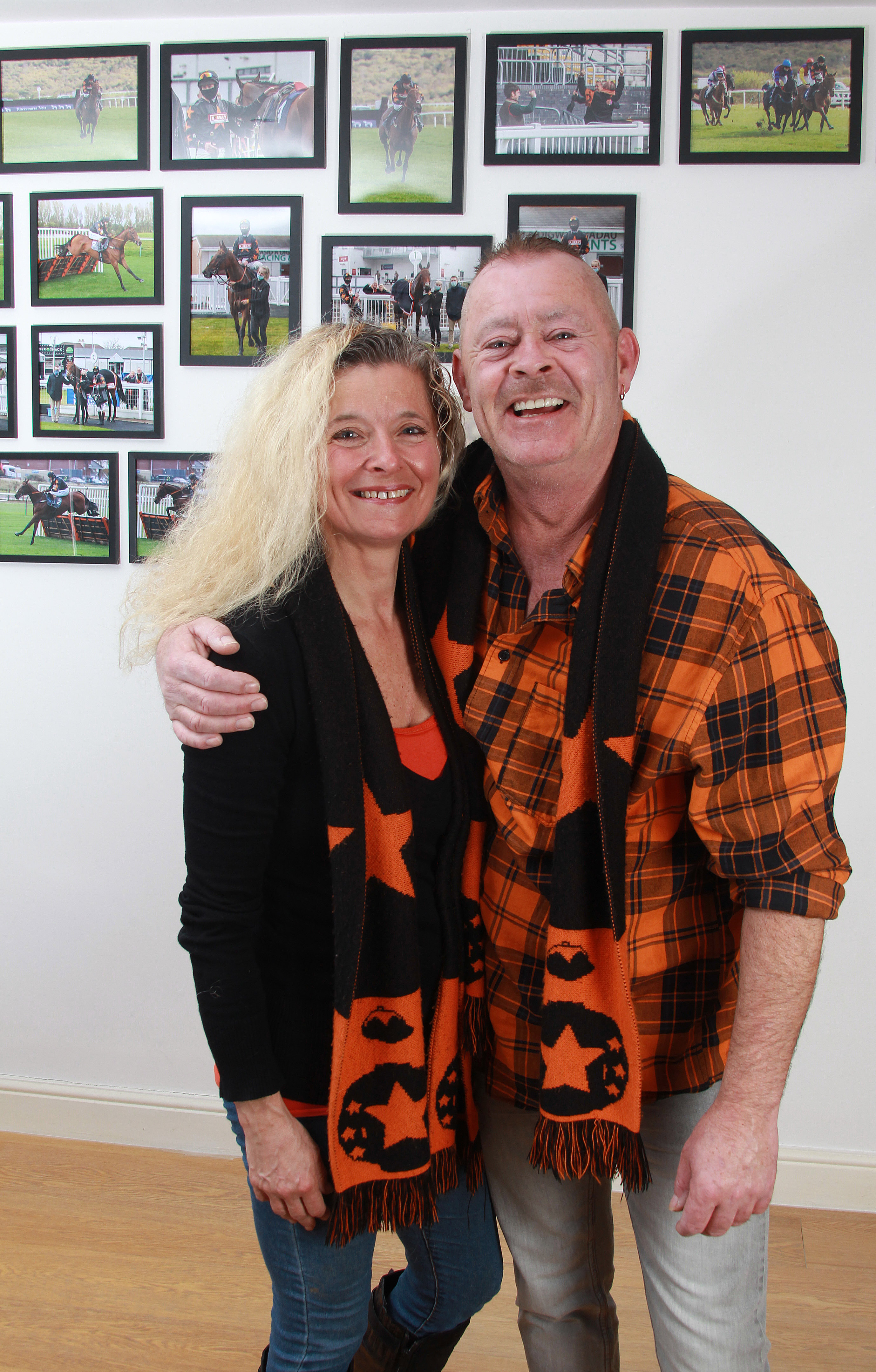 After 25 years working on a toll bridge Dunphy suffered a serious accident that turned out to be a blessing in disguise.

Paddy Power: Place a £10 single racing bet, min odds 1/5 (1.2) and get £20 in free bets. You will also get an additional £20 in free bets for the Grand National (£40 in total). Only deposits made using cards or Apple Pay will qualify for this promotion. Free bets will be awarded after the qualifying bet has been settled and are valid for 30 days. 18+ Begambleaware.org

Now he’s a successful racehorse owner with a string of thoroughbreds.

Following the collision with a truck, Mark needed almost a year off work, then lost his job in his hometown of Bath and was sleeping rough in his battered ten-year-old Mazda.

He used his last £200 wage slip to place a football four-fold accumulator – that miraculously came in.

That football accumulator – which included a game hit by floodlight failures – landed Mark £15,000 and changed his life forever.

Mark also got lucky in love and he and his partner Joanne Harris have just celebrated their fifth anniversary – but spent the day watching the racing on TV.

With owners only recently allowed back on courses, they then went on an eight-hour round trip to watch their runner Caltex win at Carlisle on Saturday.

Next up for them is trip to Aintree’s Grand National meeting on Friday to cheer on their runner Do Your Job.

But for Mark, 56, his injury following his 2011 crash allowed him to focus on what he loved doing – and he has made it pay. 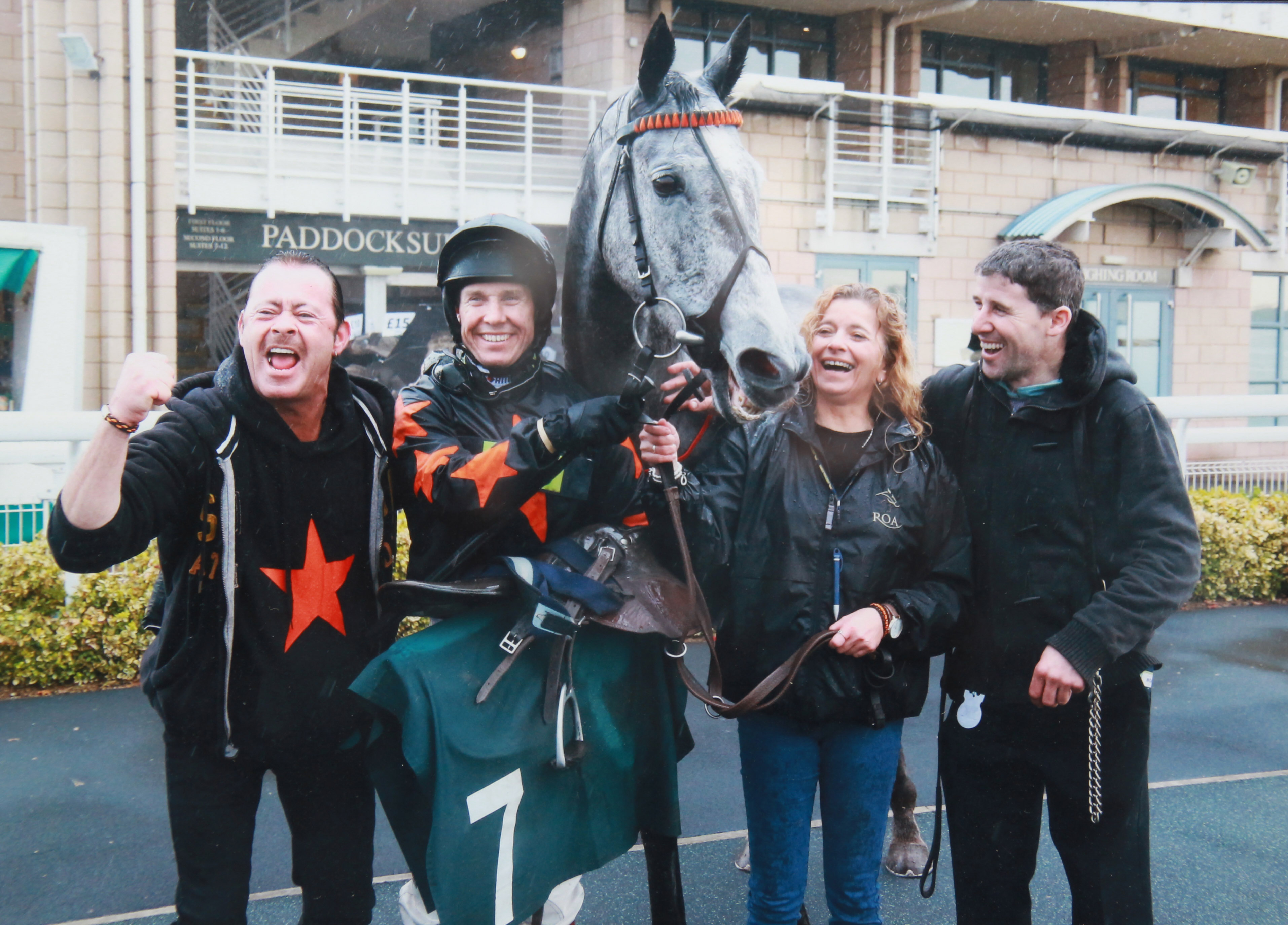 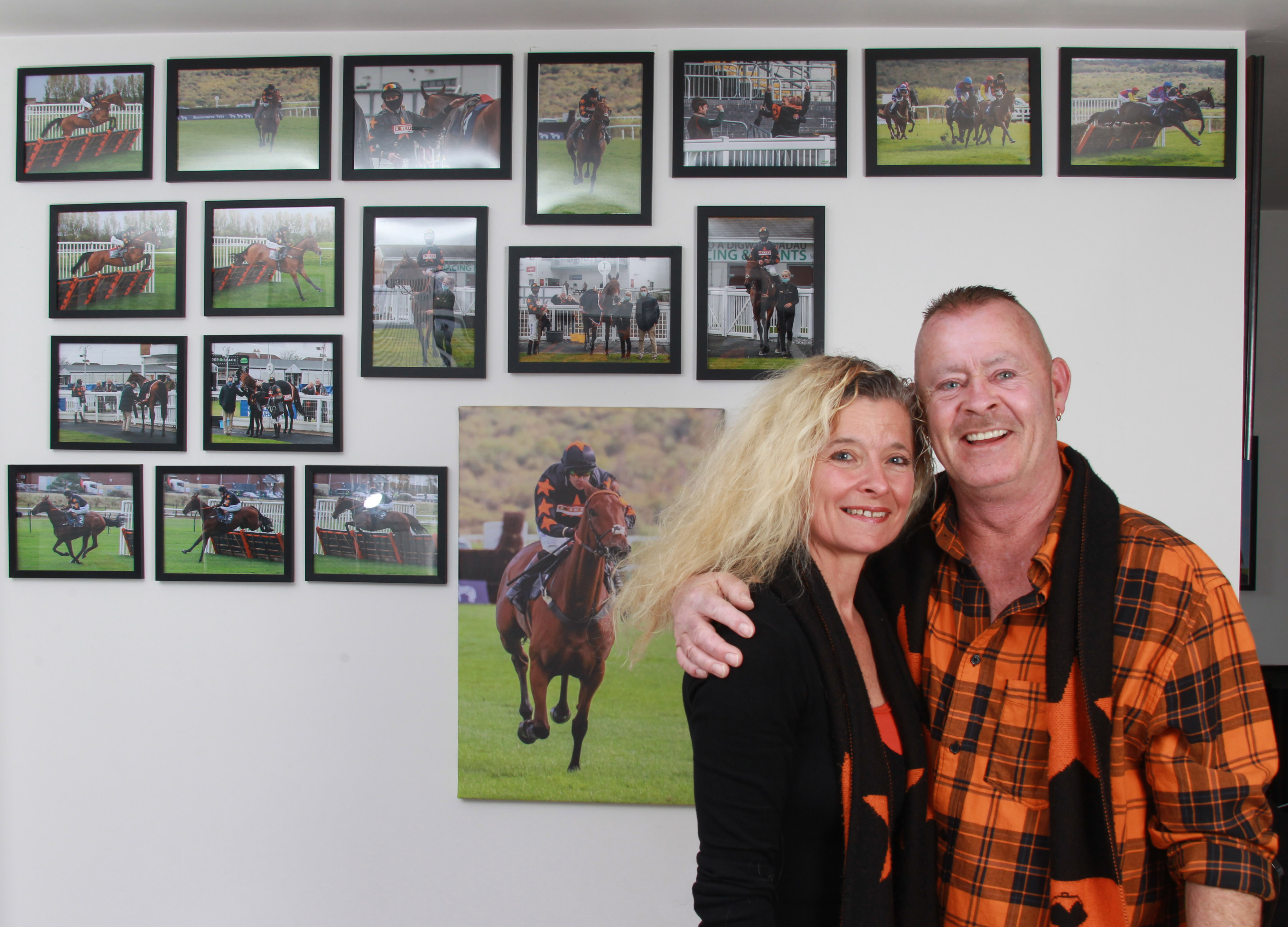 He quit the toll bridge and turned gambling into his full-time job.

Mark, who now has 17 racehorses running in his own silks along with shares in a few more, said: "Nowadays people don’t realise I was on that toll bridge for 25 years, with people trying to run me down and threatening to kill me.

"It was a job and paid my bills, but if I’d not been knocked down I’d still be there today.

"I suffered internal bleeding and leg injuries, lots of stuff, so I was off work for nearly a year.

"I went back, but wasn’t up to it and they told me they didn’t want my services anymore.

"After about three months sleeping in my car, a friend put me up on his sofa, so I’d moved up in the world.

"But the injuries made me focus and reset my life. I started to place bigger and bigger bets at the bookies.

"For two years I’d take my bag with me and if I was having a bet by just putting the money over the counter.

"If it was £1m it would be all counted and ready.

"They were very good and took all my big bets, I built them up over the two years. 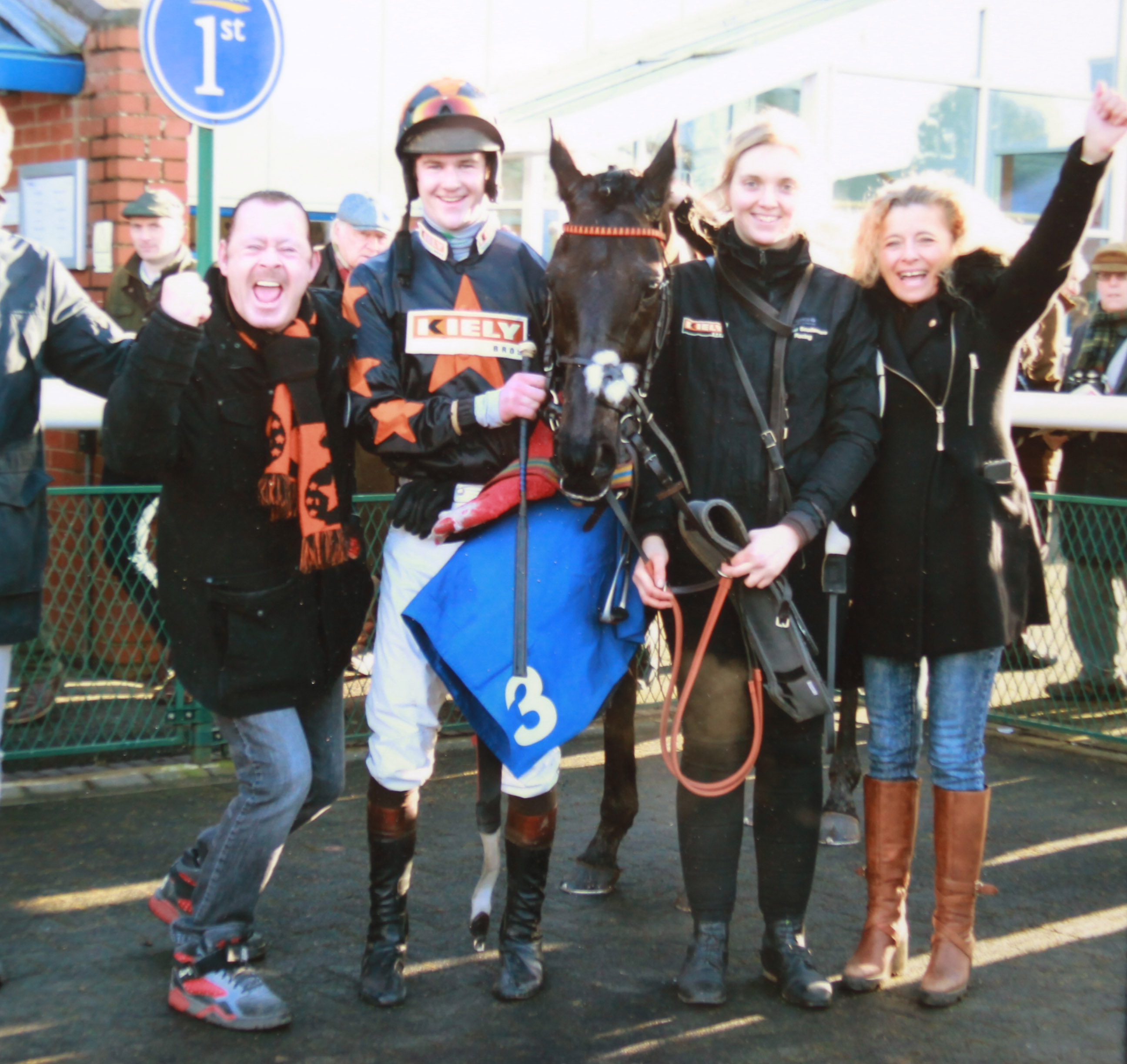 "In those two years of my 50 main bets, all bar two of them won.

"But I got stopped by the police one day and they told me that they had been watching me park up and walk down an alley with this bag on my shoulder.

"When I explained I was just taking the money for a bet at the bookmakers, they told me that it wasn’t very sensible as someone could just bash me on the head and run off with the money.

"I had never even thought of that, but after they told me I thought that was a bit stupid and started putting the money in the bank.

'Someone could bash me and run off with my money'

"Looking back it was very high risk walking around with a bag full of bundles and bundles of crisp new £50 notes, but that was how I led my life at that time.

"It was when I put the money in the bank that I opened up bookmaker accounts with Ladbrokes, Coral and William Hill.

"Though it was after that good couple of years when I’d had a couple of £1m bets that lost when I told myself this could go wrong and you mustn’t give it all back.

"One of those was a 1-10favourite in a three runner race that cost me a million and that following weekend I put on a lot of panic bets and managed to win back 95 per cent of it.

"That was the point that I gave myself six months to a year of breathing space.

"My biggest bet was £3.5m on England to win a football match at big odds on, but I was having a million on to win £100,000 every now and then as I was sure I’d done my homework.

"I remember once being invited to Champions Day at Ascot by a bookmaker and I’d decided I was having a bet on Frankel at 1-5fav to win his last race. 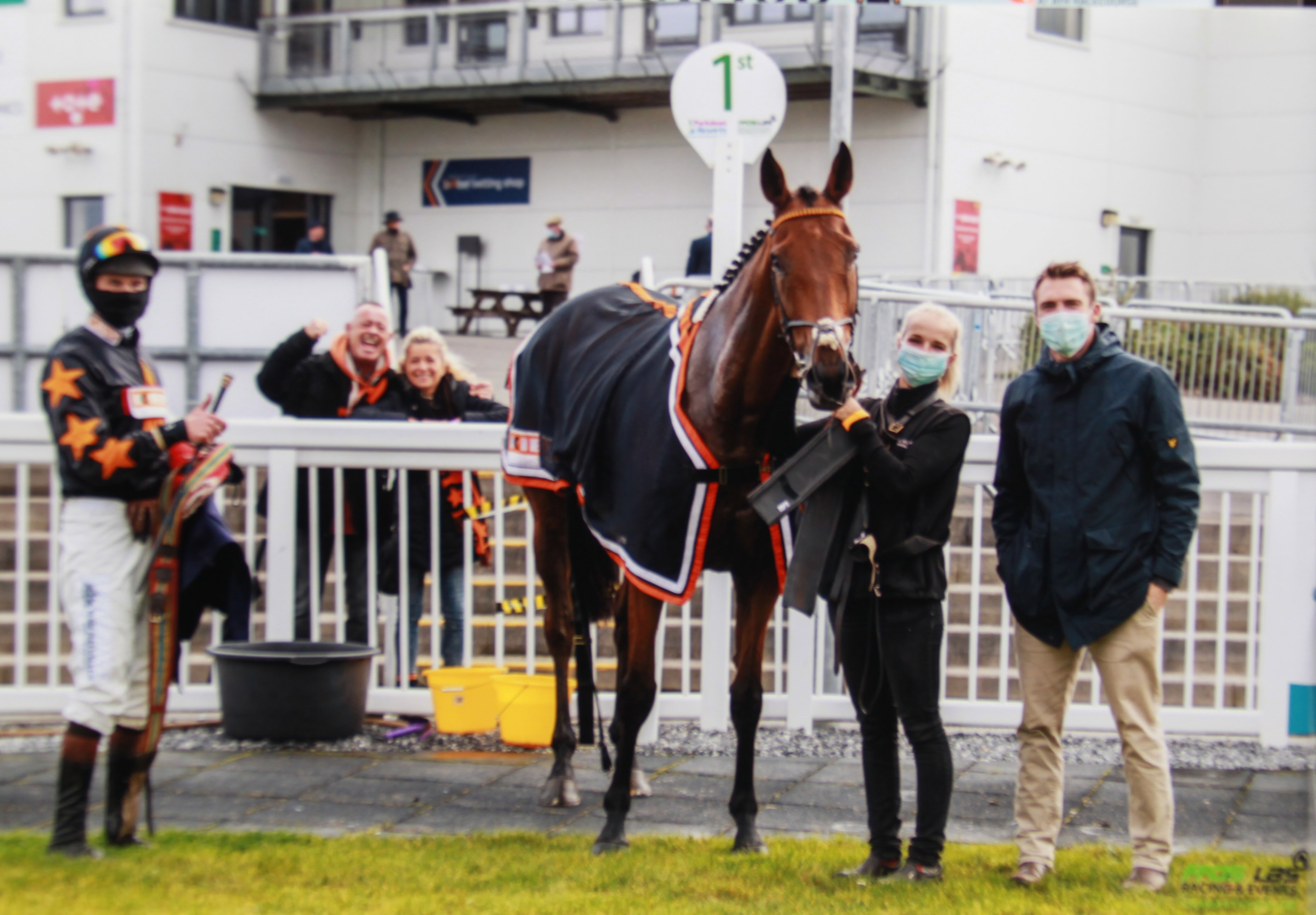 "He fell out of the gates and was a fair few lengths behind and I thought here we go he’s losing his 14th and final race.

"But he got up to win and retired unbeaten.

"Those massive bets earned me points for free bets from Coral and Ladbrokes.

"I even bought my £550,000 house with a free bet off Ladbrokes and Coral, but I never even went through the front door when I bought it.

"I went in the gate, saw the massive garden and decided I could build a swimming pool there.

"I’d always wanted a swimming pool in the back garden, but I’d never owned my own house until that point, so it was something very different.

"I moved in with a sofa, one chair and a black candle in an orange tin and that was how I chose my racing colours.

"When people ask me what was my best bet, I always say that free bet as I won my house and it didn’t cost me a penny on the day.

"The four-timer on the football helped me bounce back and set me on the path to purchasing the horses.

"I got my love of them off my grandfather George Twizzell, who played rugby for Bath.

"Now I’ve got 17 of them, which is 13 with top trainer Michael Scudamore, three with Adrian Wintle and another up in Yorkshire with Michael Herrington. 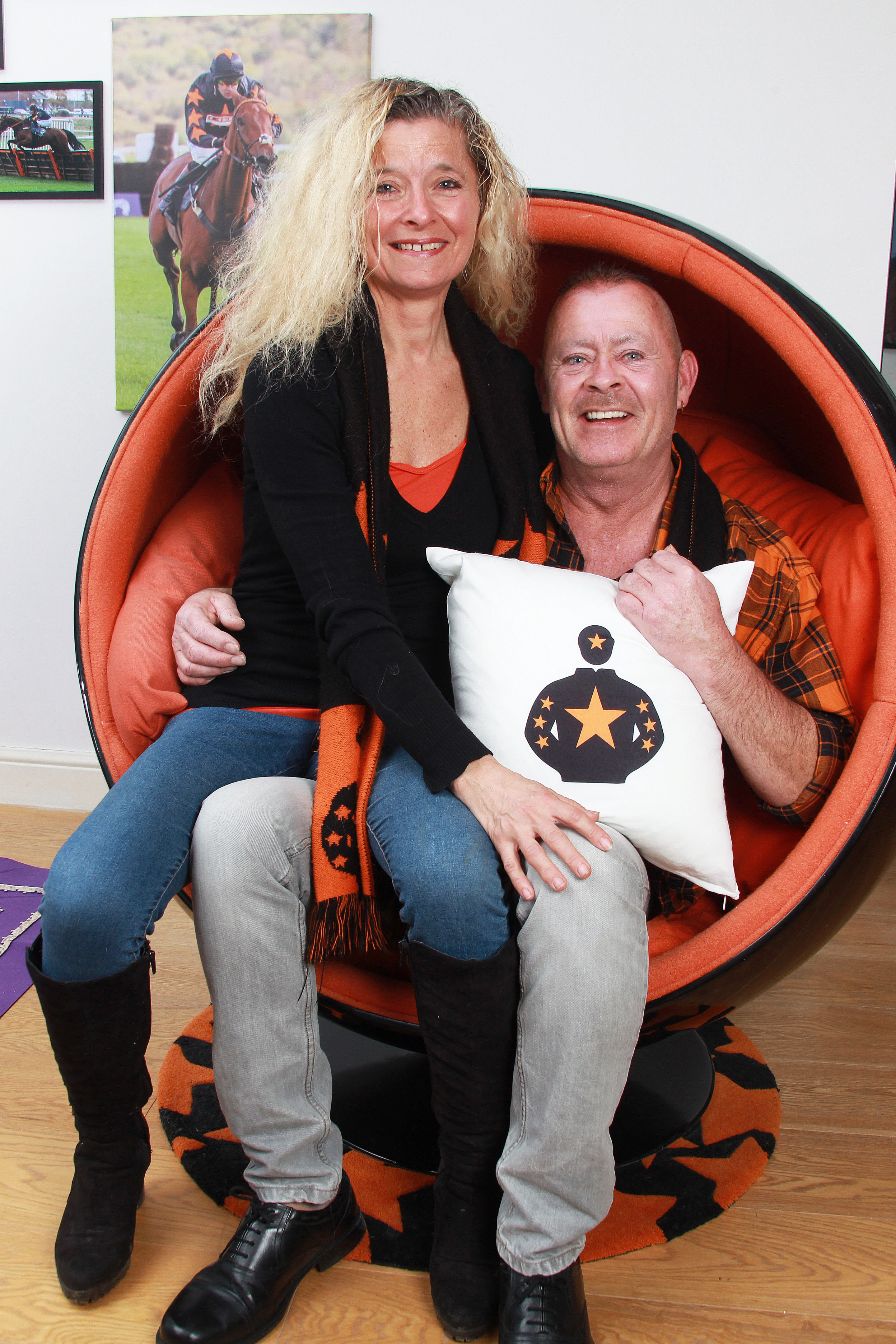 "We’ve had 29 winners in five years, including some in the syndicates, so we haven’t done too bad.

"I did pay £150,000 for our best horse Do Your Job and he was our first runner in a Grade 1 race this year and will get us to the Betway Top Novices’ Hurdle at the Aintree Festival this Friday.

"The gambling was like my job as I had to win to pay my bills, so I put the money down to win and that gave me the money to buy the horses.

"But I am not doing anywhere near the bets I was doing a few years ago now.

"It’s a lonely place gambling. When you are winning it’s great, but when you go on a bad run it’s awful.

"But it’s let me indulge my passion for owning racehorses and we love them all.

"I’ve come a long way from those first weekly pay packets on the toll bridge of around £60 a week.

"I now pay more per horse in training fees than I ever earned in a year.

"I wish my grandfather and my parents were around to enjoy the horses – they all loved a flutter – and we often think about departed loved ones on days at the races."

Joanne, a key worker at a stables with horses during the pandemic, said: "We met online. I saw a picture of Mark with two horses and fell in love – how shallow am I?

"It was in the January we got in contact and started talking as I had a broken collarbone, but our first date was at the Cheltenham Festival, so spring is such a special time of year for both of us.

"We are so looking forward to being at Aintree this week. We have the racehorses in common."